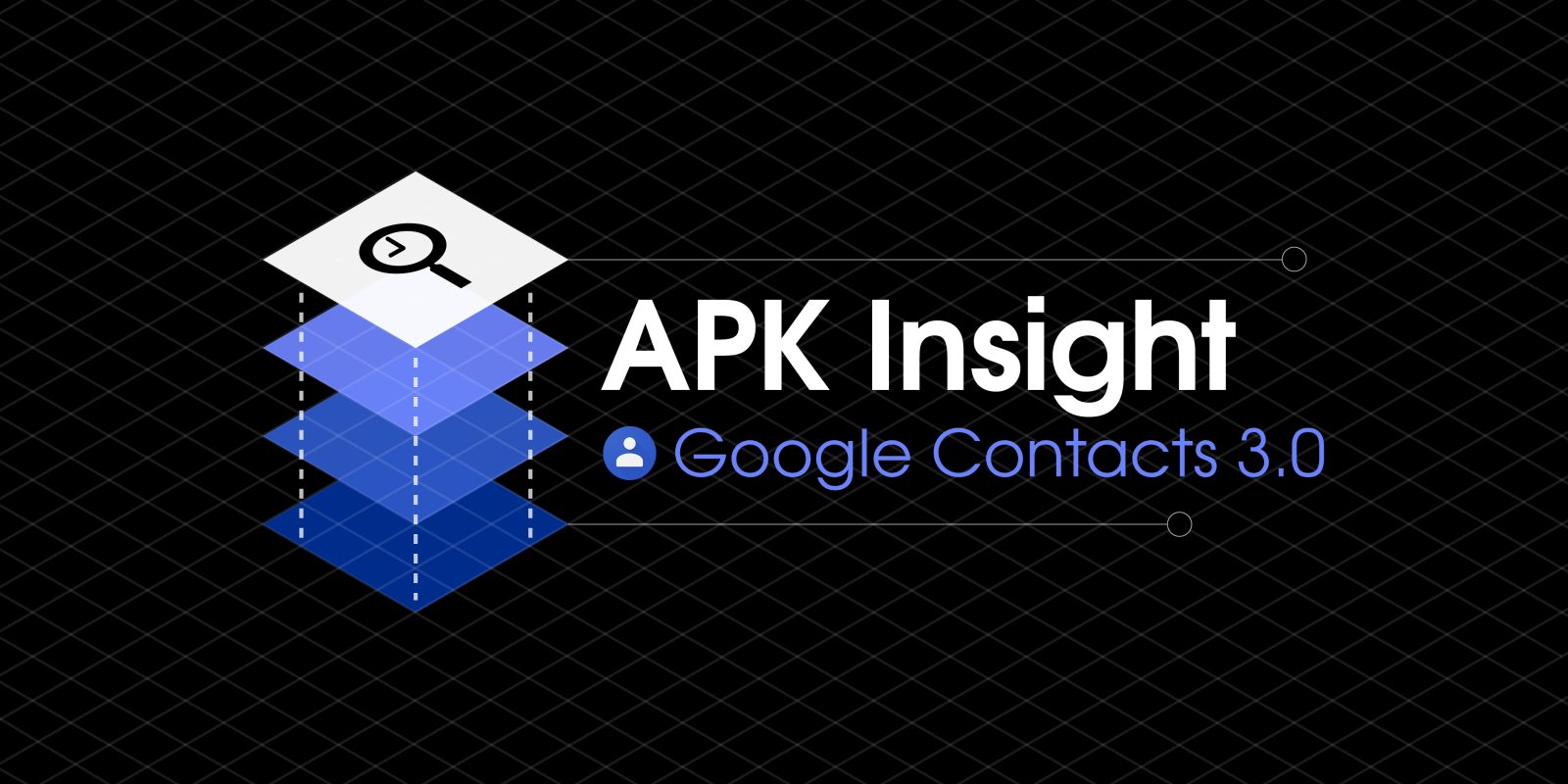 The latest update for Google Contacts is rolling out today with a Material Theme for the Android client. The app’s underlying organization is unchanged with the redesign, but various new elements like Google Sans and white backgrounds are now in use.

Upon updating, users are greeted with a centered “Contacts” title in the app bar that drops the darkish blue tint for a stark white background. This is the case throughout the app, with a lighter shade of blue still leveraged for letter markers and the FAB.

Interestingly, the primary FAB for adding a new contact does not use the multi-colored style introduced in Gmail and Google Tasks. Rather, it uses a blue addition sign on a stark white circle that would be hard to distinguish from the app’s background if it were not for a shadow effect.

The entire app makes use of Google Sans from the app bar to the list of contacts and other details. Meanwhile, the primary list of contacts is unchanged, nor has the navigation drawer, save for the Material Theme icons that feature bold outlines and hollow interiors. 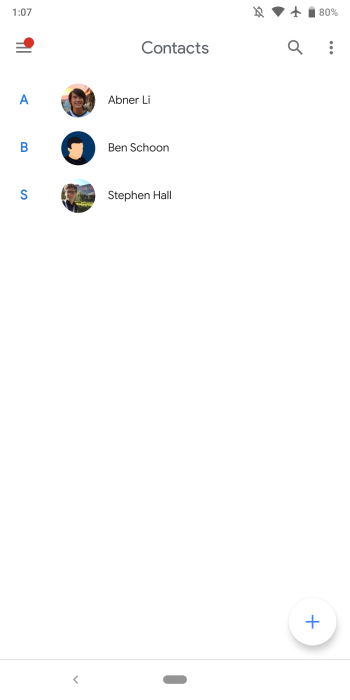 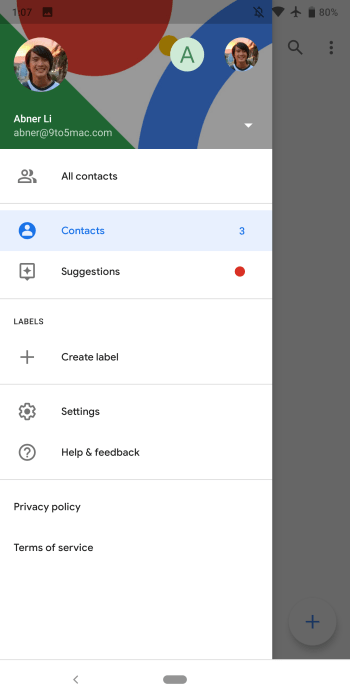 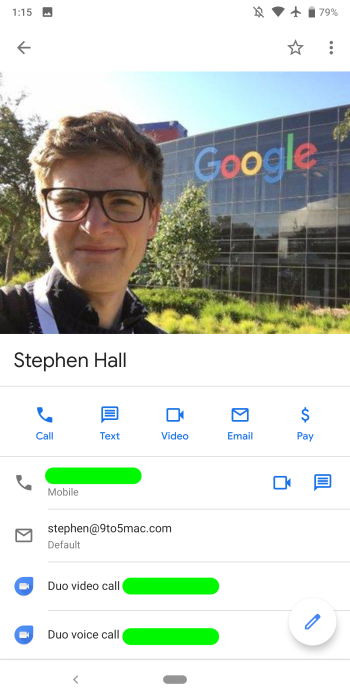 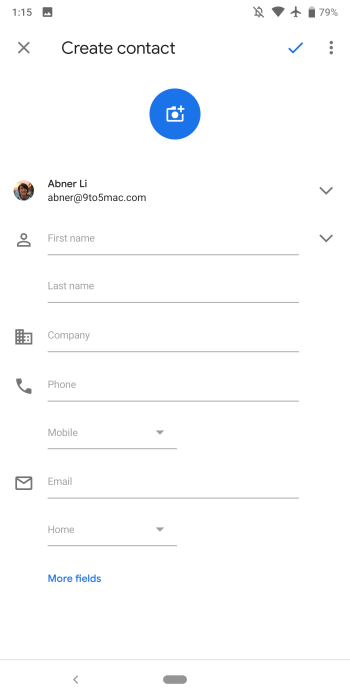 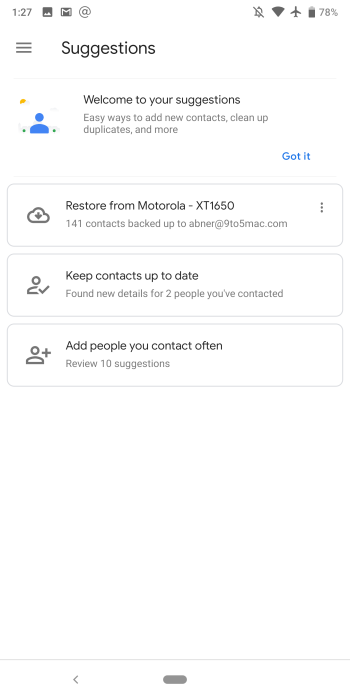 The Suggestions page has also been revamped, shrinking the introductory graphic and listing suggestions in flat rounded cards with light outlines.

Opening a contact, the Call, Text, and Email shortcuts also leverage the new style icons, and new FAB for editing details. The contact image is no longer full bleed with a white app bar present to improve visibility of the back button, starring, and overflow menu.

Lastly, the app features a new icon that uses a light blue shade and more rounded person avatar. In fact, this is the same shade of blue and icon style spotted for Google Duo last week in our teardown of the Google app. 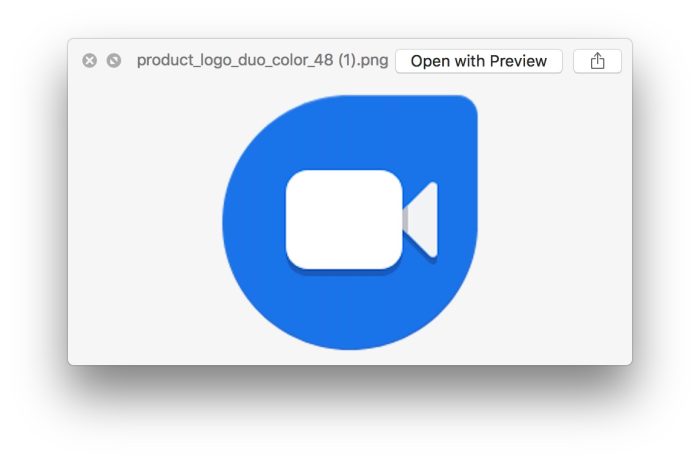 Version 3.0 is rolling out now via the Play Store. We do not post APKs to download directly given the legal challenges associated with copyright and possibility of removal. Meanwhile, that model moving forward is perilous given upcoming system-level changes from Android App Bundles and Google Play’s Dynamic Delivery. 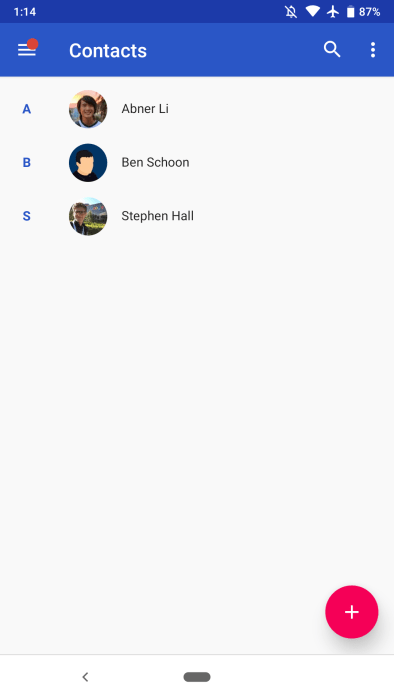 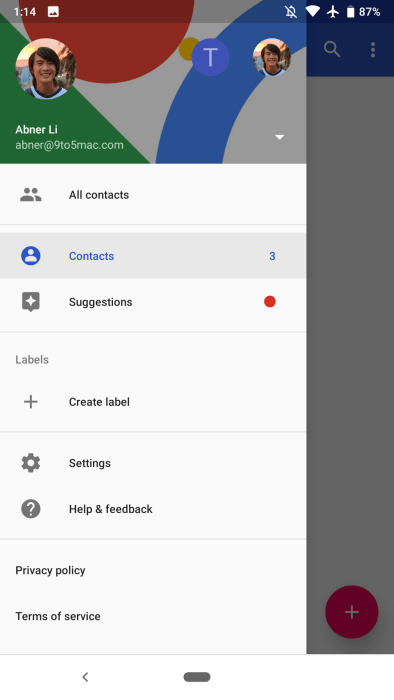 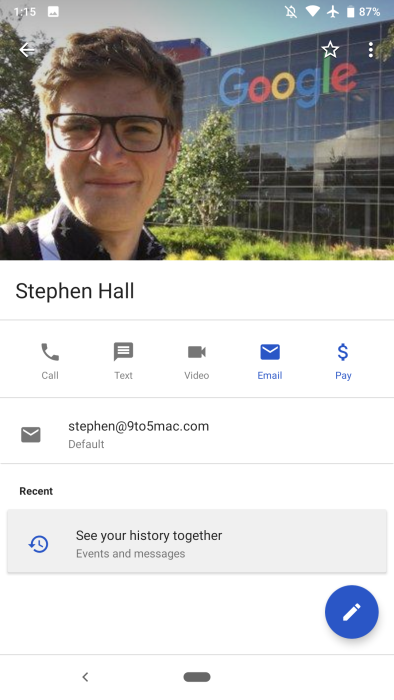 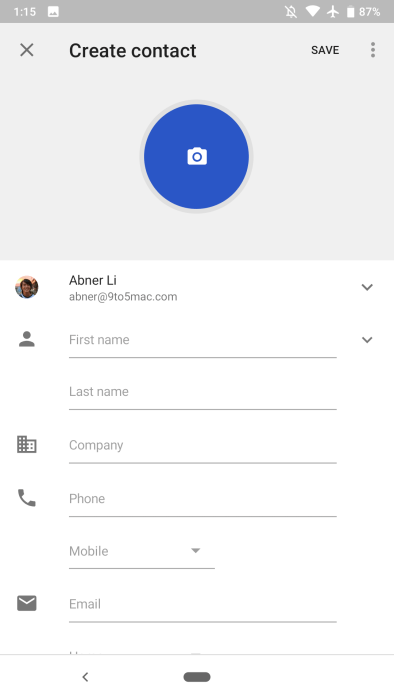 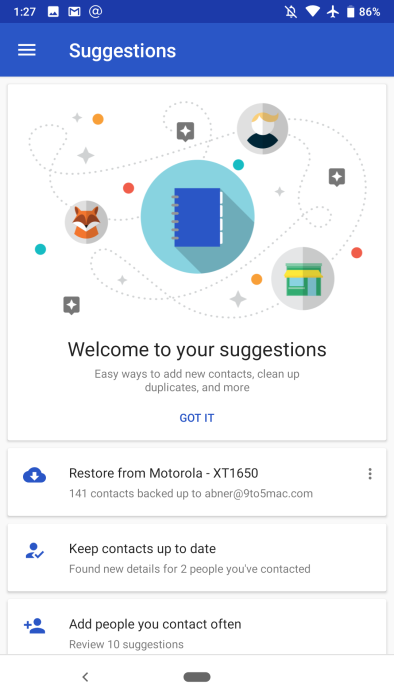