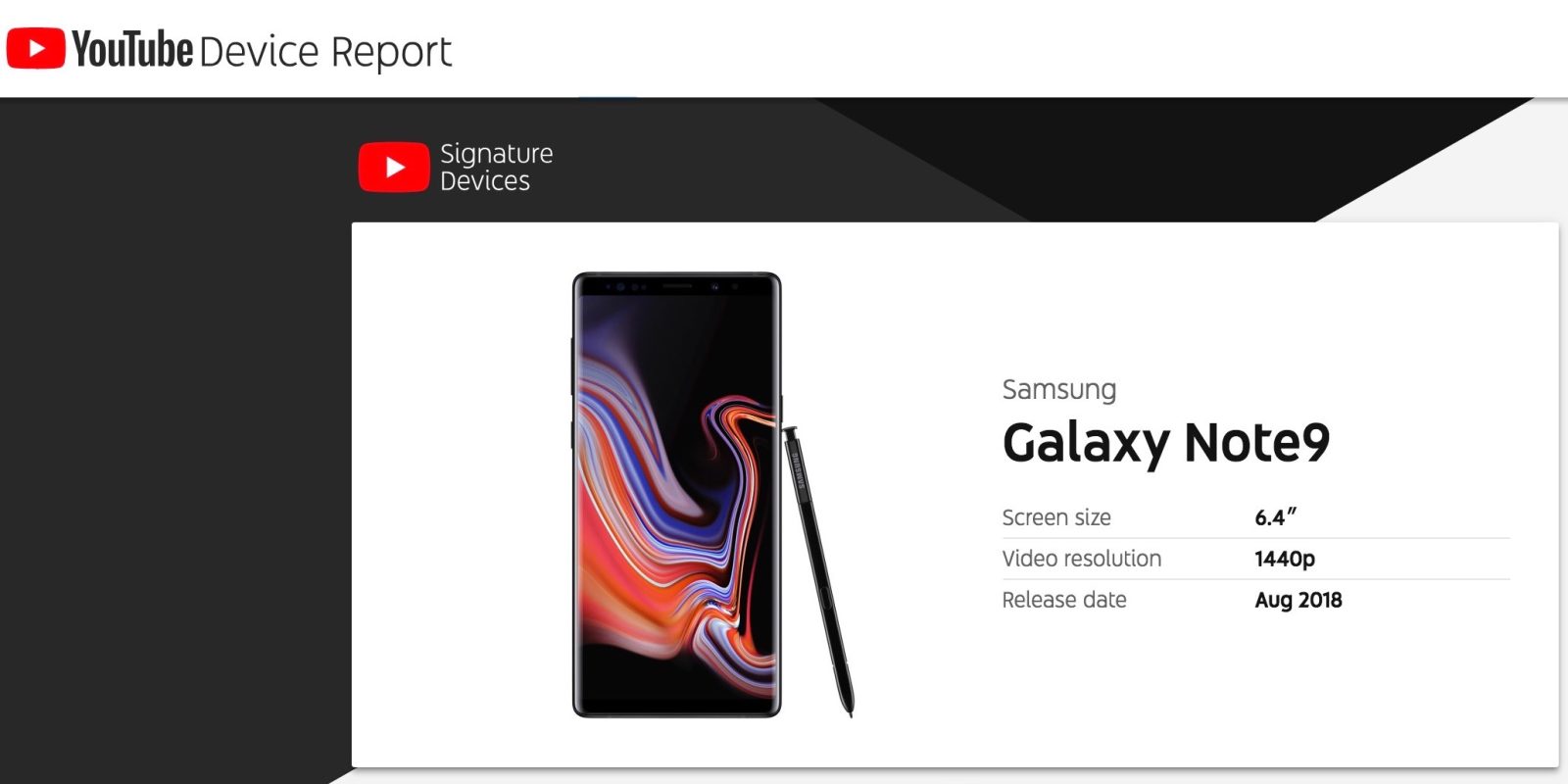 At Samsung’s Unpacked event this morning, the company touted how the Galaxy Note 9 is a YouTube Signature Device, tuned to deliver a good video watching experience. This initiative is part of the Google video site’s new Device Report to test phones and work with manufacturers on creating a “best-in-class YouTube experience.”

The YouTube Device Report (via The Verge) currently lists 18 phones from Samsung, Sony, HTC, OnePlus, LG, Xiaomi, Nokia, and Google that deliver the best experiences and are classified as “Signature Devices.” Smartphones on this list must support the six following technologies:

Google notes “rigorous testing” conducted by its teams, while also working with manufacturers to help fix video playback performance and other capability issues. YouTube has a form for other companies interested in gaining the certification.