You can’t disable the Samsung Galaxy Note 9’s Bixby button, but here’s how to remap it

Since the debut of the Galaxy S8 last year, Samsung’s hardware has risen to new heights in terms of the overall design. However, there is one glaring feature that pretty much everyone agrees is a misstep, and that’s the Bixby button. On the Galaxy Note 9, though, you can’t even disable it…

Samsung saw a lot of complaints from users on the Galaxy S8 and Note 8 last year about the Bixby button, and that triggered the company to actually offer a toggle which lets you turn off that button’s functionality.

On the Galaxy Note 9, however, you can’t do that (via SamMobile). The only things you can do to “disable” Bixby is to turn off Bixby Home and disable the voice wakeup, and neither of those affect the button at all. It’s strange that Samsung has removed this option, and it’s still entirely possible that it will one day return. In the meantime, though, you can still remap that button.

How to remap the Galaxy Note 9’s Bixby Button

The first step you’ll need to perform to remap the Bixby button is to download an app from Google Play. Following the debut of the Galaxy S8, a lot of apps popped up to remap the Bixby button, but Samsung disabled many of them. At this point, though, the best option that still works, quite flawlessly I might add, is bxActions. The app is free to download on Google Play.

Once the app is downloaded, you’ll need to grant it a few permissions in order to get everything working properly. This includes giving it access to view your usage data, as well as an accessibility option that lets the app monitor when you press the Bixby button. On set up, the app makes it pretty self-explanatory to do both of these. 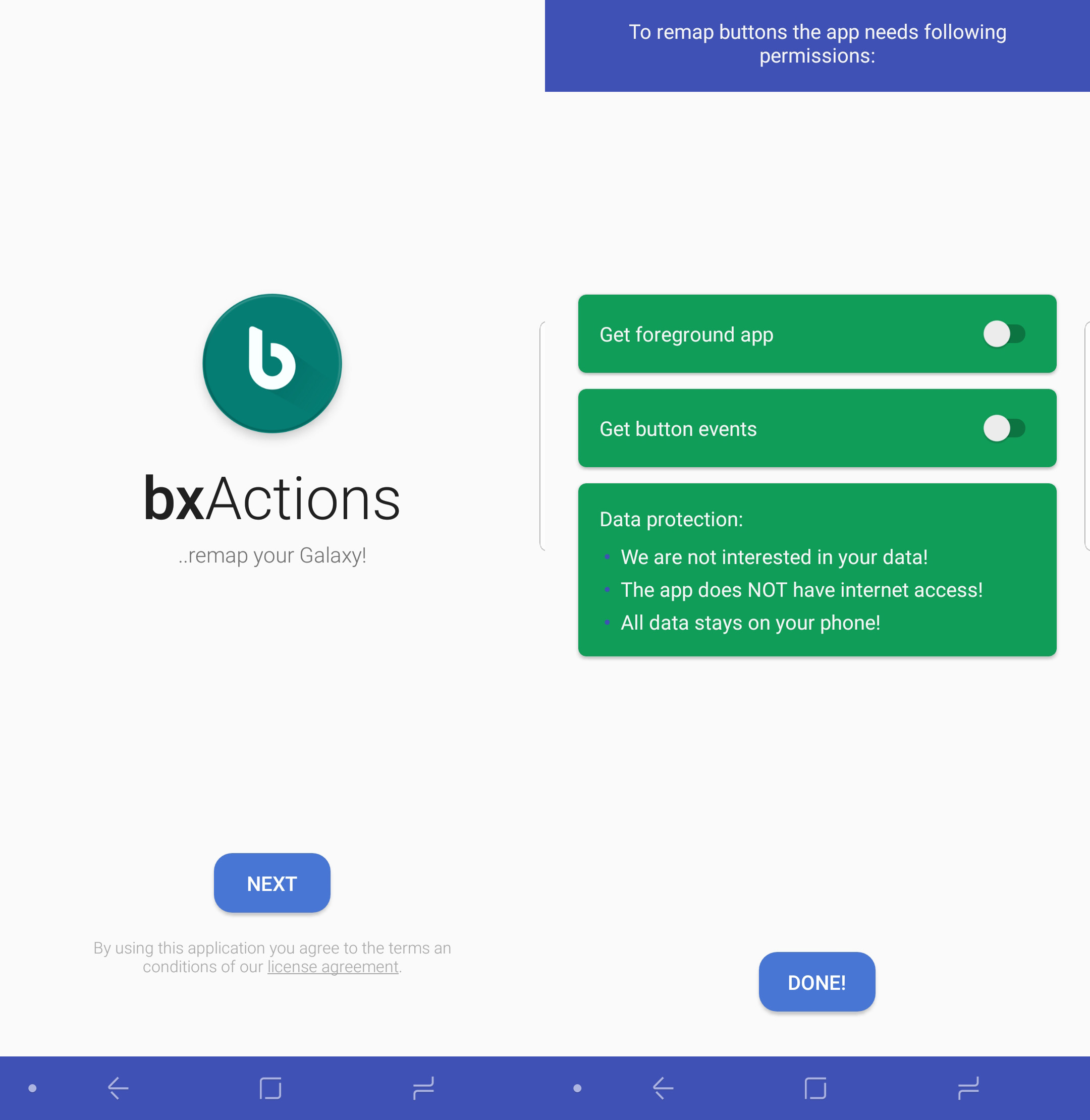 3. Customize the Bixby button to your liking

Once you’ve installed the app and given it the necessary permissions, you can now adjust what the Bixby button does. With the free version of the app, you can only customize a single press on the button. By default, that opens up Google Assistant (just like on the LG G7 ThinQ), but you can customize this to do pretty much anything including toggling the flashlight, power menu, or even clearing your notifications. With a $2.99 in-app purchase, you can unlock more actions, as well as a long-press on the button itself. 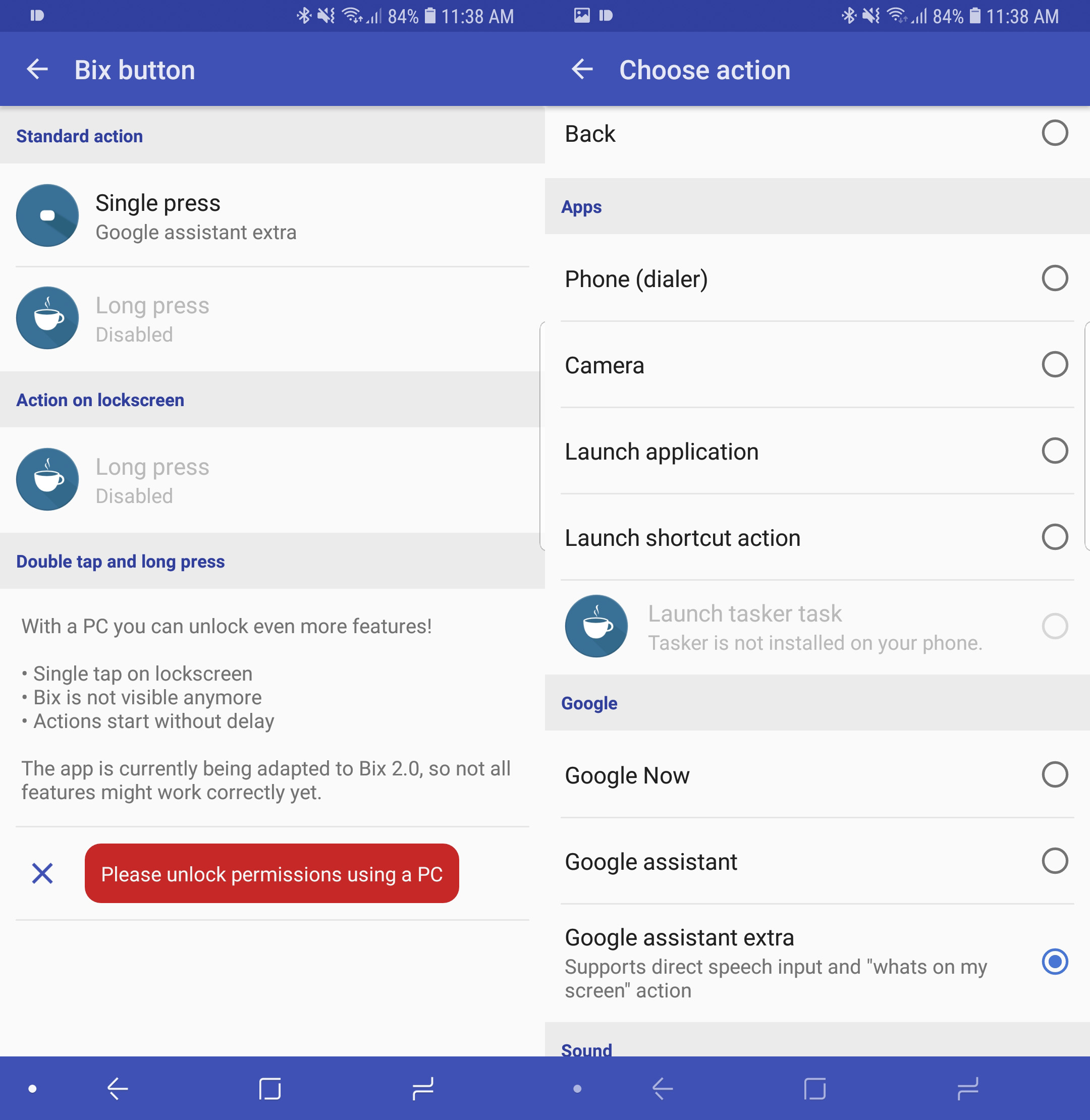