Google Pay is the hub for spending and sending money from within the company’s ecosystem, and it’s slowly been adding new options. Now, it appears that Google is working on using QR codes to allow users to send peer-to-peer payments.

Payment apps used between friends are becoming more and more popular as of late, and Google Pay has been available to do that for quite some time. Now, Jane Wong (via XDA-Developers) has discovered that Google Pay is adding support for QR codes to make that process a bit easier with people nearby.

Currently, Google Pay enables peer-to-peer payments via an email address or phone number. In India, it also supports that functionality over sound thanks to Tez. With the addition of QR codes, users would be able to send money between users simply by scanning one another’s smartphones. This might be handy if you’re paying someone in person who isn’t in your contacts list, but it does certainly seem like a niche use case.

Of course, there’s no current ETA on when this functionality will arrive for Pay users. 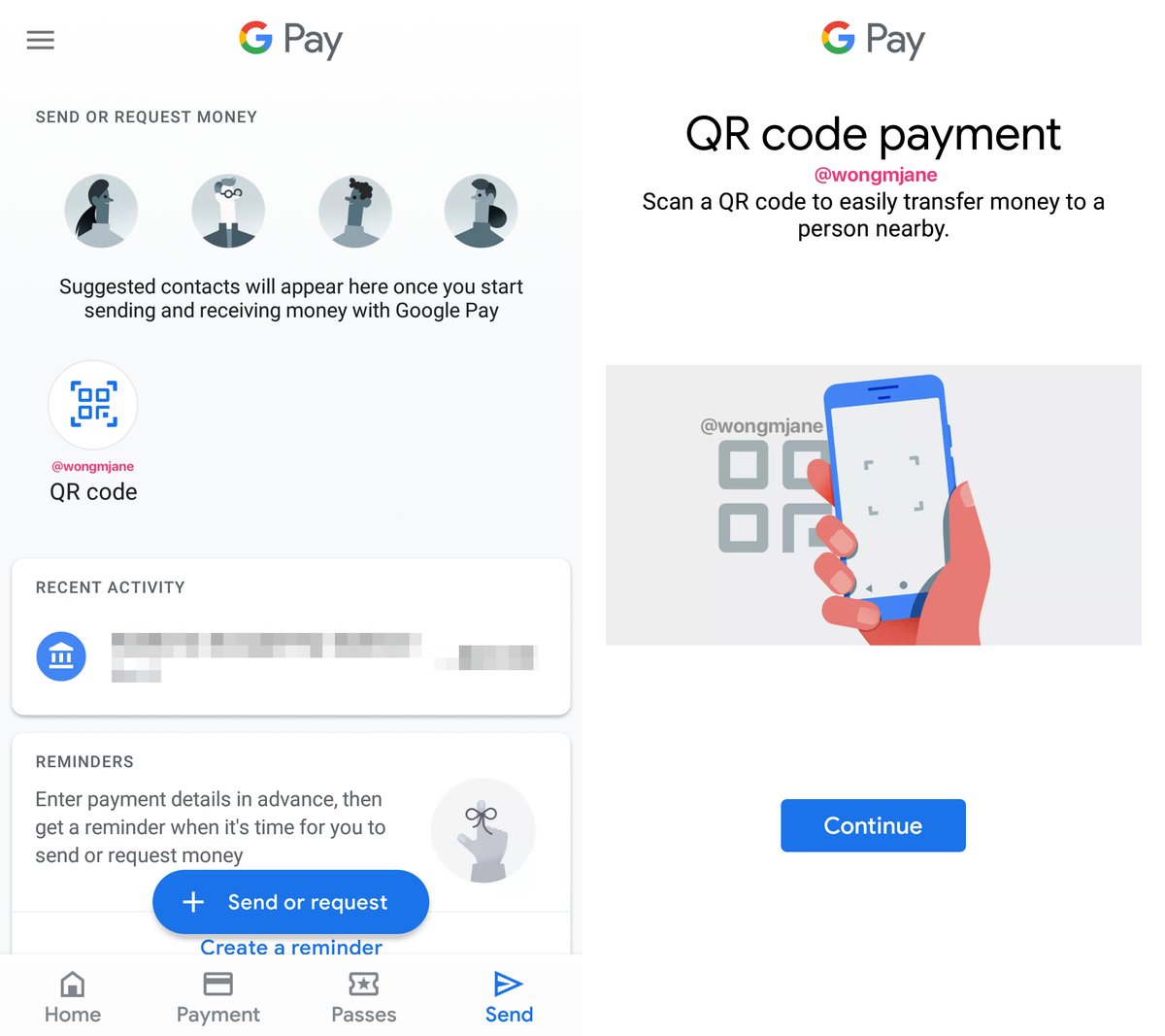