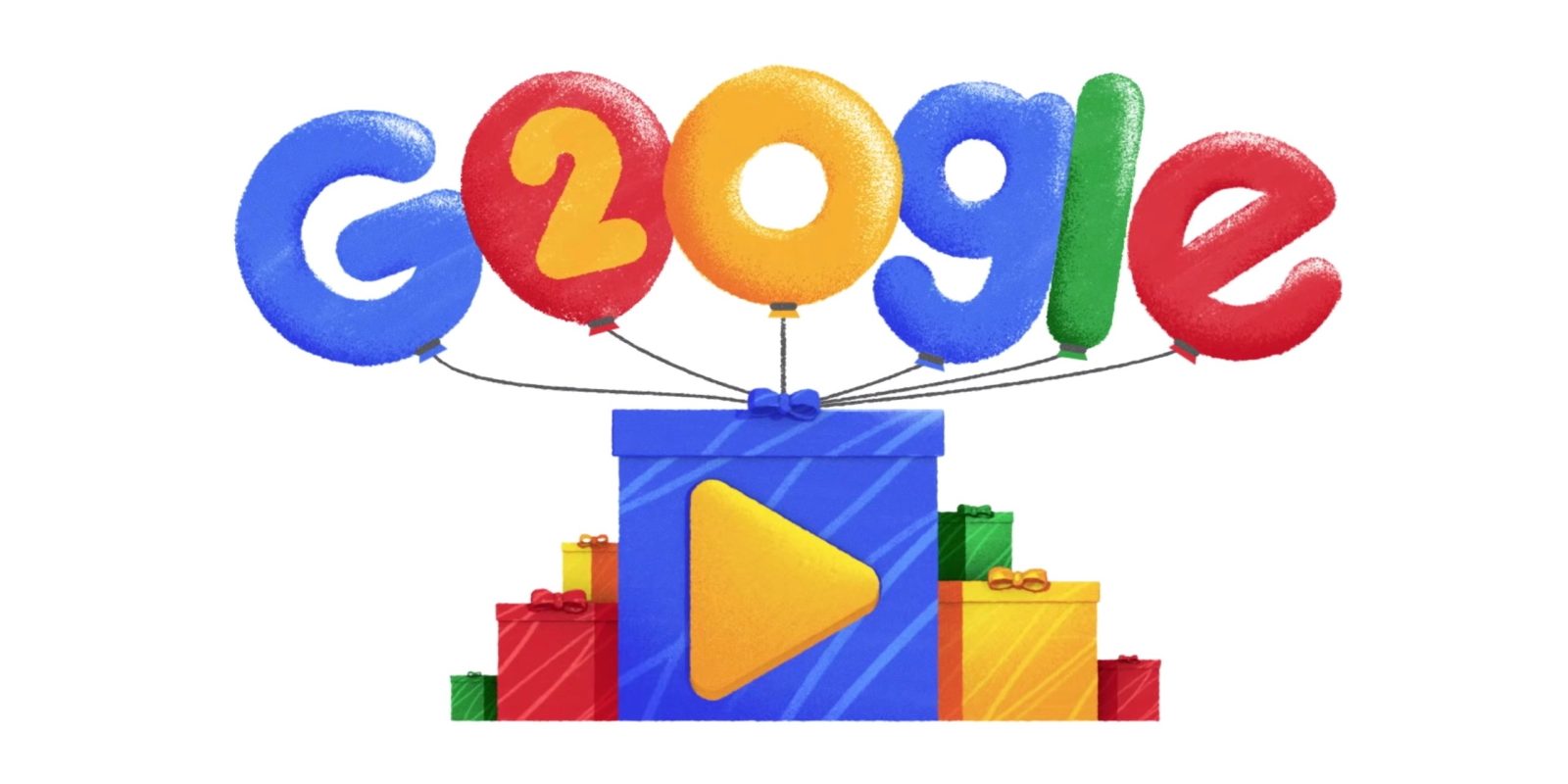 Google celebrates its birthday every year on September 27th, even though it was incorporated on September 4th. Founded 20 years ago, the company is marking the occasion with a Google Doodle around the world.

This year’s Google Doodle features letter-shaped balloons attached to a gift box. Tapping plays a YouTube video that animates popular searches from around the globe over the past two decades. Terms include Y2K, Pluto losing its status as a planet, the Royal Wedding, 2012 on the Mayan calendar, and avocado toast. It ends on an international thank you from Google.

Twenty (ish 😉) years ago, two Stanford Ph.D. students launched a new search engine with a bold mission to organize the world’s information and make it universally accessible and useful. Though much has changed in the intervening years—including now offering Search in more than 150 languages and over 190 countries—Google is still dedicated to building products for everyone.

Today’s video Doodle takes a stroll down memory lane by exploring popular searches all over the world throughout the last two decades.

So whether you’ve searched for the status of your favorite object orbiting the sun, the latest on the world’s biggest events, or how to impress on the dance floor

Google this morning also parodied Dr. Seuss’ Oh, The Places You’ll Go as a homage to all the Easter Eggs in the search engine. This Google Doodle is already appearing for international users, but the company might have another one planned for U.S. users, according to the Reach map.

Meanwhile, earlier this week, the company prepared for the next 20 years of Search by announcing a slew of new features. Focussing on incorporating AI and other visual optimizations, Google detailed subtopics with dynamic results, while Search will display Activity cards to help users keep track of previous queries.

Search will begin showing more AMP stories as Google Images gains Google Lens on mobile. The notoriously stark homepage on mobile is adding Google Discover — previously the Google Feed — in the coming weeks. This list of news and other articles is aimed at surfacing content related to a user’s interests.