The Play Store began offering UHD content back in late 2016, and today will upgrade existing SD and HD movie purchases to 4K for free in the U.S. and Canada. The inclusion of Standard Definition content is notable, with Apple’s iTunes only upgrading HD movies last year.

Upgrades are dependent on participating studios making higher resolution content available, with the process starting in the Play Movies & TV client. The latest version of the app will alert users which titles have been upgraded, with the ability to filter by 4K content.

These updates are currently rolling out now, with additional upgrades in the future as more studios join the party. Meanwhile, 4K movies are now less expensive on Google Play. For the most part, pricing is in line with HD movies at $19.99 and above. 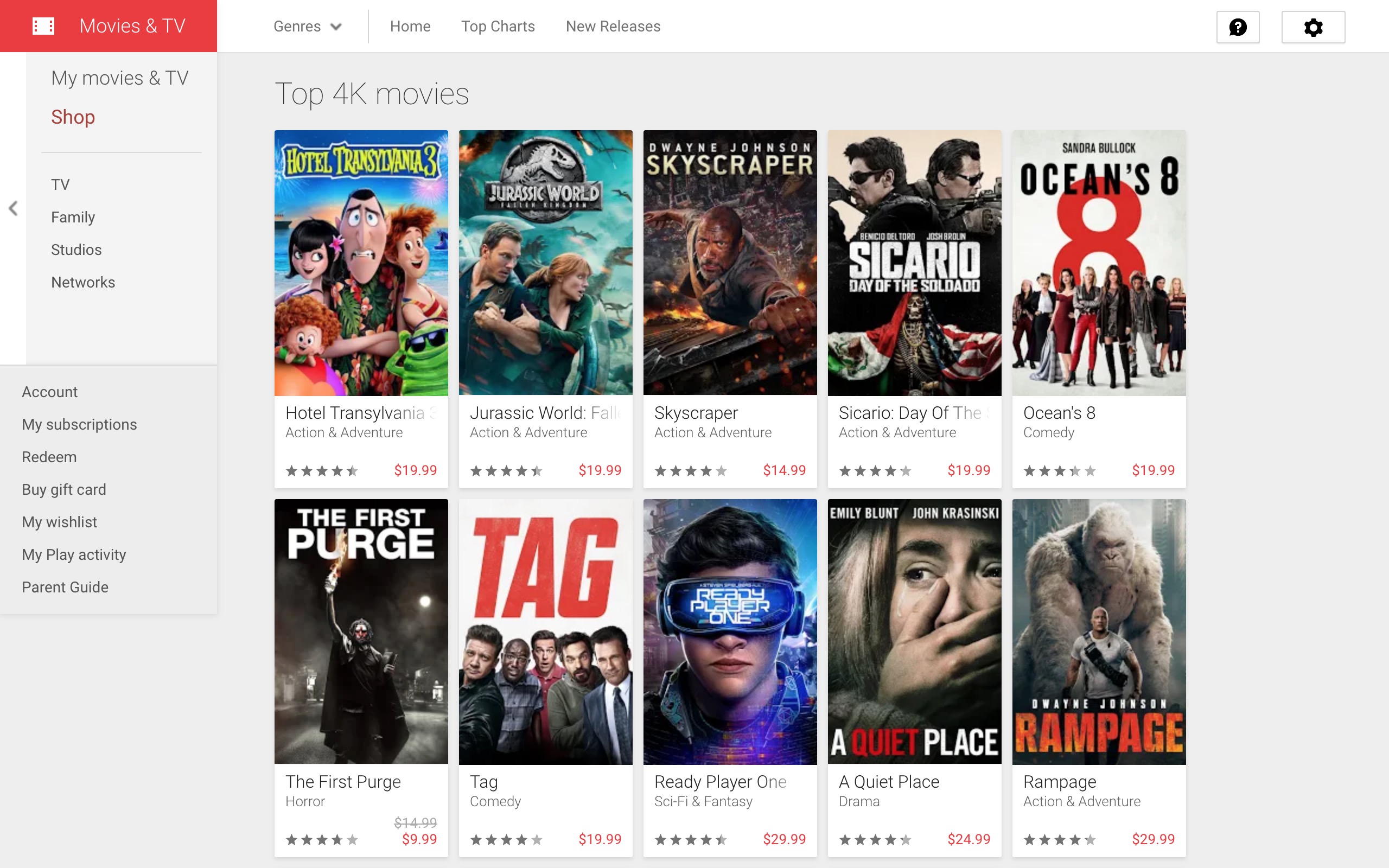