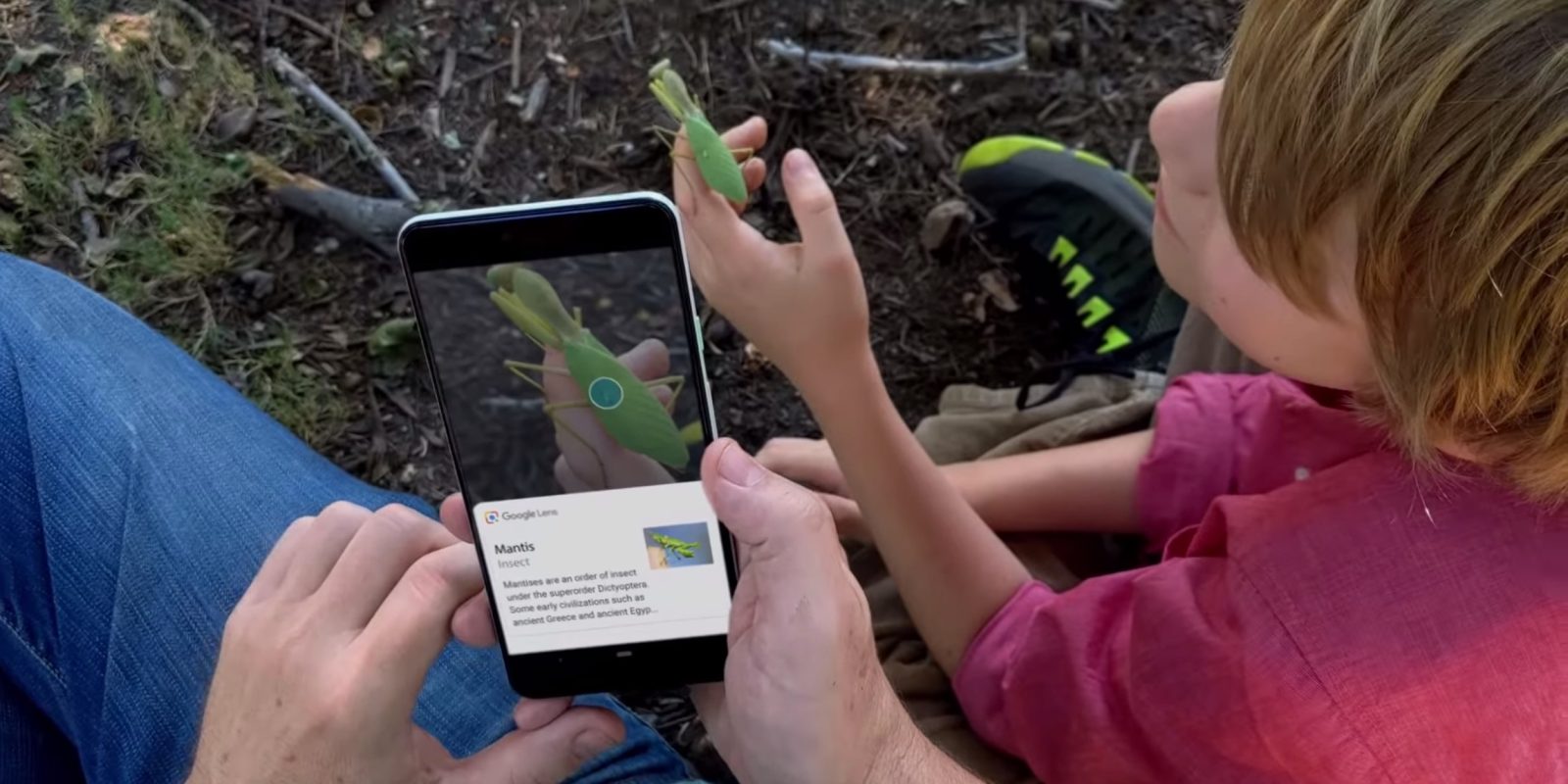 Following last week’s launch of the Pixel 3, Google is ramping up advertising for its flagship phones. From celebrities to the World Series, the latest involves a Pixel 3 ad featuring a song from Fred Rogers that focuses on Google Lens.

The 90-second clip is titled “The power to wonder” and features quick cuts of simple scenes like a shirt drying in a breeze to various animals and greenery. Beloved television personality, Fred Rogers, narrates over these scenes before jumping into his original recording of “Did You Know?”

This continues for about 18-seconds before the first Pixel 3 makes an appearance. The focus of the ad is Google Lens and how it can help users discover more about the world. In its first shot, the visual search feature is used to identify and bring up information about a praying mantis.

A peruse through a book shop shows Lens pointed at a cover to quickly find the title and other information, while it’s also used to find matching fashions products. The are also shots of people using the Pixel 3’s camera to take pictures.

While the obvious focus of the ad is a phone, the video goes through long stretches where it’s just clips of various scenes, with the Made by Google device only pasted on a few of these shots. Most of the times it appears, it’s often in the background and not the primary focus. Meanwhile, given the mobile-like quality, many of these clips are likely shot on a Pixel 3.

Regardless, the ad ends with another shot of the Lens in action, before a title card appears noting “Pixel 3 with Google Lens” and closing on the animating ‘G’ logo.

At the end of the day, this is a simple Pixel 3 ad, but an effective one that doesn’t try too hard to emphasize a slew of features. It also serves to highlight the Google Lens functionality that’s already on many phone’s today and encourage people to explore the feature that they might have overlooked.