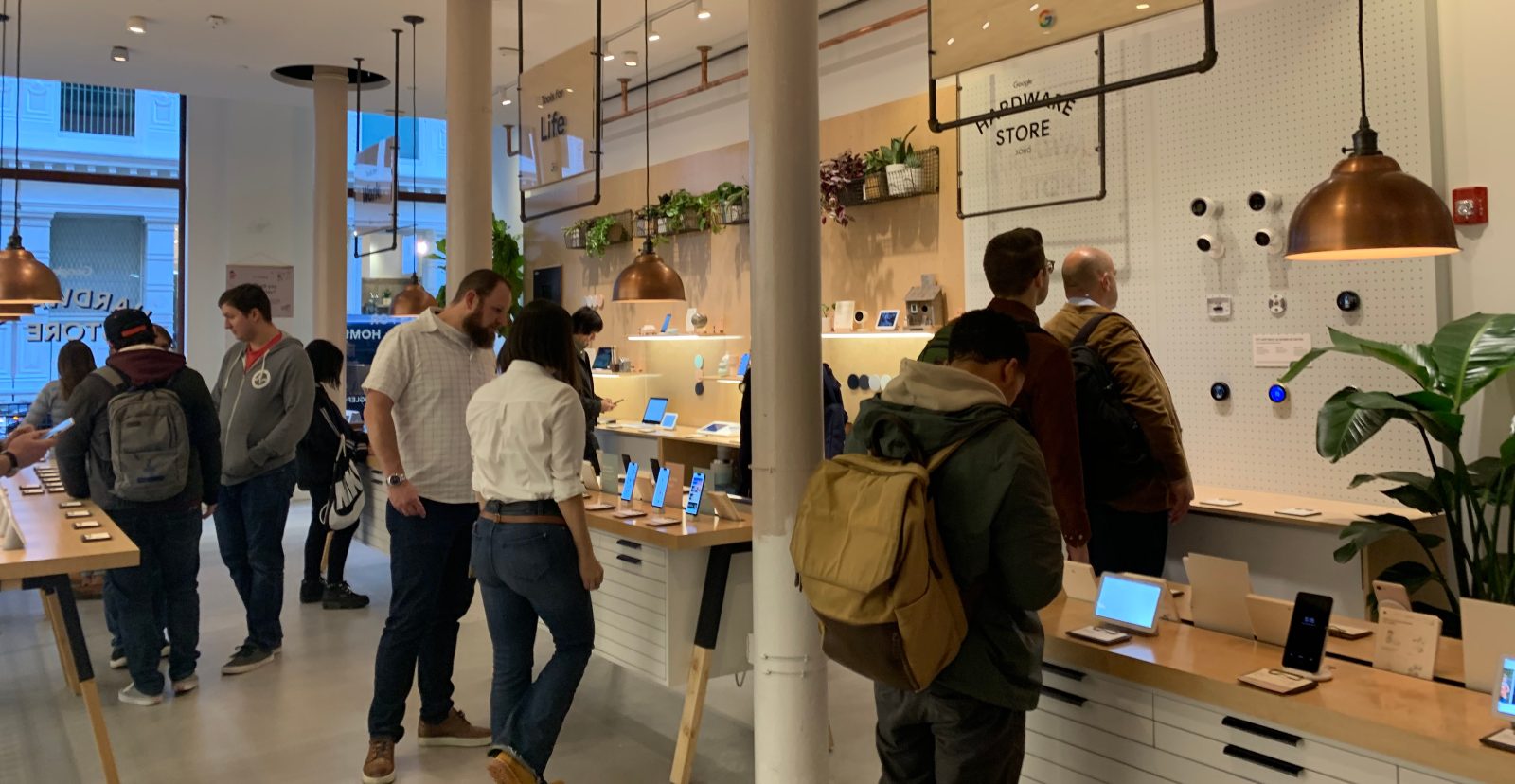 Alongside the retail launch of the Google Pixel 3 and Pixel 3 XL last week, Google opened a pair of ‘Google Hardware Store’ pop-up shops in New York and Chicago. They’re not all too dissimilar from Google pop-ups of the past — you can browse through all the latest additions to the Made by Google lineup and see how they work in person, buy some products, and participate in interactive workshops.

Here’s a quick look inside the New York store.

The most prominent new devices on display at Google Hardware Store are unsurprisingly the Google Pixel 3 and the Google Home Hub. You can check out a Pixel 3 “toolbox” which basically walks you through a no-pressure self-guided tour of the phone, and you can head to the “treehouse” to check out demos of the Google Home Hub in action.

The new Google Pixel Slate is also a big deal this year, but it’s still a little ways away from launch, so the various workshops you can sign up for at these shops don’t seem to centered around the tablet quite yet. Rather, you can sign up to learn how to take better selfies with the Pixel 3, learn how to make marshmallows following instructions on the Home Hub, and more.

Of course, older Google hardware like the Google Home, Google Home Mini, Chromecast, and various other devices are also on display. One downside to the store that I’ve heard from someone who visited: They’re only selling the Verizon model of the Google Pixel 3 and Pixel 3 XL for now, so if you were hoping you could hop on down to one of these shops and shop around just as you would at the online Google Store, then you might want to save the trip.