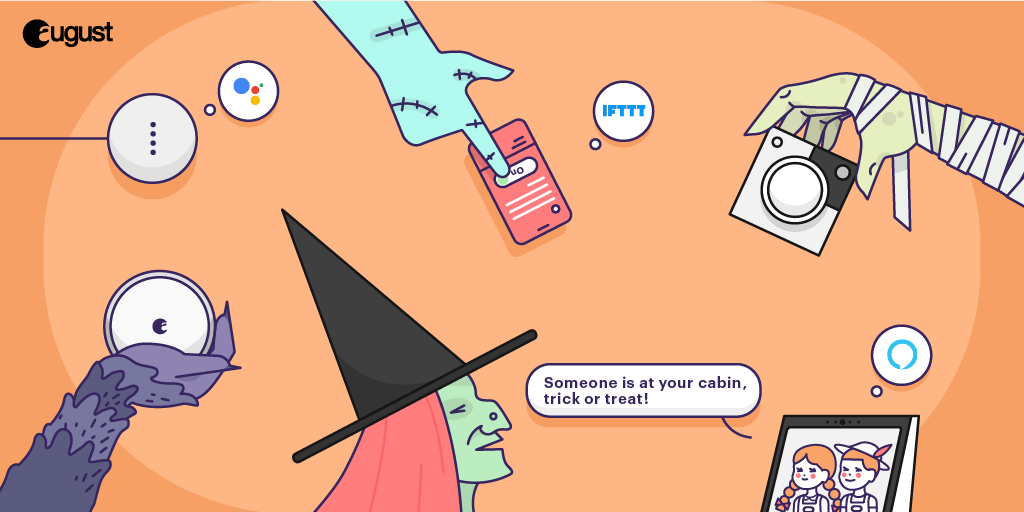 It’s almost Halloween, and August Home is getting your smart home ready for the deluge of trick-or-treaters with new features for your Google Assistant.

August Home offers a unique take on smart home locks, connecting their hardware to your door’s existing deadbolt. August’s Smart Locks have had Google Assistant support, including locking and checking whether a door is locked or unlocked, since last year, with some improvements that arrived earlier this year. Just in time for Halloween, the company is bringing new integrations between their hardware and the Assistant.

Today, August has announced that their locks will be capable of being unlocked by the Assistant. This sounds, at first, like a security risk, as someone who sounds like you could unlock your doors. However, August has implemented additional security, and will ask you for a passcode when you first set up the feature. Then, any time you tell the Assistant to “unlock my front door,” you’ll be prompted for that code.

August Home’s Doorbell Cam Pro is also getting improved with new connections to Google Assistant and Alexa, allowing either one to announce a visitor’s presence at the front door. Also coming is integration with IFTTT, opening a world of possibilities at the press of your doorbell.

The company believes both of these features will come in handy when those trick-or-treaters come knocking later this week.

August’s Smart Lock Pro and Doorbell Cam Pro are both available for purchase on Amazon.