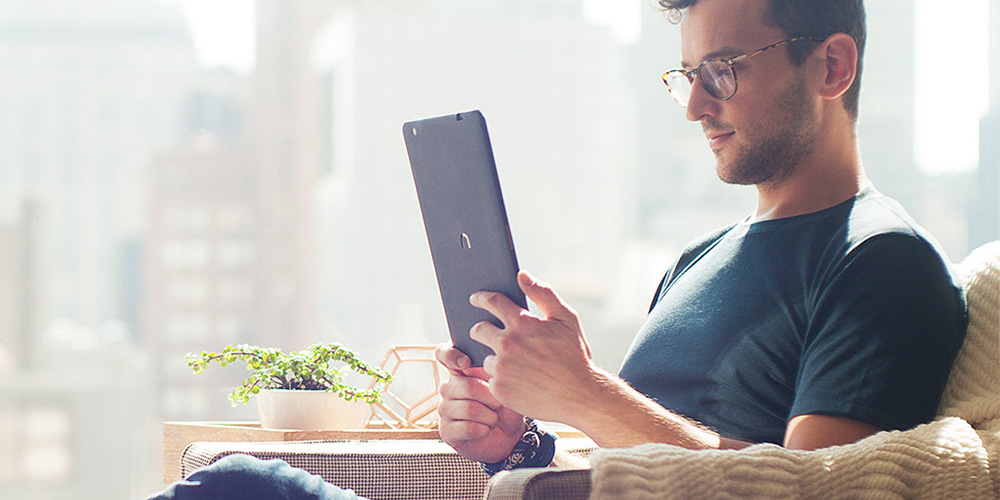 Android tablets are pretty much dead at this point with even Google shifting attention to its Chrome OS-running Pixel Slate. However, Barnes & Noble has just come out this week to unveil a brand new affordable Android tablet with the Nook 10.1″.

We reviewed Barnes & Noble’s last Android tablet, the Nook 7″ when it launched a couple of years ago. It was a solid device for $50, but it was later plagued with security problems. Now, the company is back with its “largest Nook display ever” with the Nook 10.1″.

This new tablet has a very similar design to the one that launched in 2016, but has a much larger footprint and a higher-resolution display. Instead of the abysmal 1024×600 of the original, this model has a 1920×1200 IPS display which measures in at 10.1-inches. Barnes & Noble claims 8.5 hours of battery life and there’s also 32GB of storage on board with microSD for expansion.

There’s also dual-band WiFi support, microUSB, a 3.5mm headphone jack, and 2MP cameras on the front and back. In terms of hardware alone, it’s not a terrible package for the $129 price point. There are some pins on the bottom of the tablet as well to use with the keyboard or charging docks (sold separately).

As for software, we know it’s running Android with some Nook modifications such as a custom homescreen with easy access to your recently read books, as well as pre-loaded Nook applications. Google Play is of course also pre-loaded. Unfortunately, it’s currently unclear what version of Android is on board, and the processor and RAM details aren’t mentioned either.

The Nook 10.1″ goes on sale November 14th for $129 and pre-orders are open now online. From November 22nd to December 26th, the tablet will sell for just $119. Adding a charging dock and some eCookBooks brings the price to $159 with a bundle. There are no details yet on the keyboard pricing.