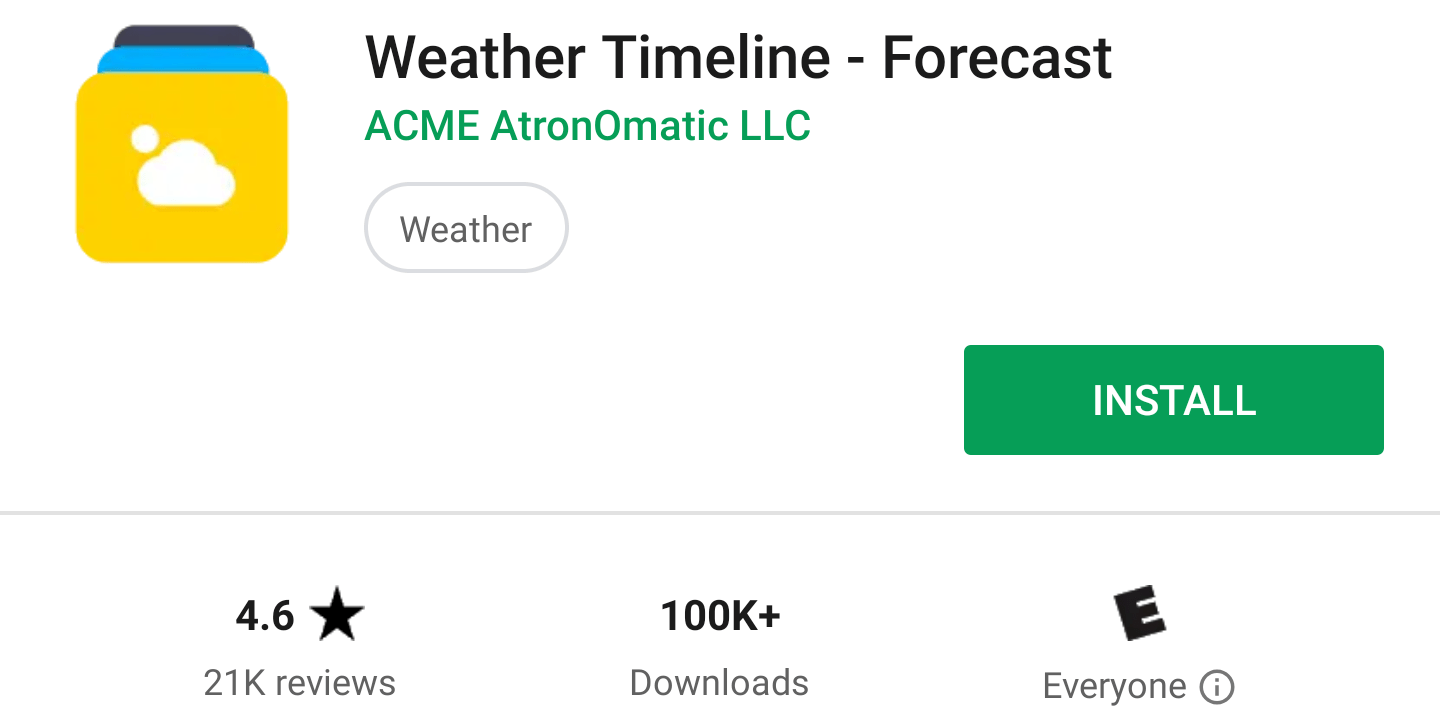 During its heyday, Weather Timeline was a phenomenal, highly customizable weather client for Android. It closely followed the first iteration of Material Design, but earlier this year was pulled by the developer for new customers. The app now has a new owner that’s laid out future plans for Weather Timeline this week.

Back in September, developer Sam Ruston pulled the application due to dwindling sales that would have required a new in-app subscription model to maintain costs. Weather Timeline did not go that route with the Play Store listing pulled. New buyers could no longer purchase the application, but existing users could continue using it “for the foreseeable future.”

It’s not easy being an indie developer. For a project as big as Weather Timeline it takes countless sleepless nights trying to keep everyone happy. I hope you understand that this decision was not an easy one.

Android Police this week spotted that the app has a new developer behind it: ACME AtronOmatic LLC. According to an official website:

ACME AtronOMatic is a leading software application development company, with offices in Orlando, Florida, and Portland, Oregon. Since our inception in 1999, we’ve been developing applications that run the gamut from aviation-related web sites, providing flight tracking services to the aviation community, and to mobile applications such as MyRadar, a wildly-popular hi-tech, hi-resolution weather radar application for all of the popular mobile devices.

On Android, the developer offers both free and $2.99 ‘Pro’ versions of another weather client and a flight tracking app. Both have 4+ star reviews, though the former has not been updated since 2016. The company’s flagship MyRadar app was just updated earlier this month and has over 10 million installs on the Play Store. It is available on iOS, Amazon, and Microsoft.

Someone that appears to be affiliated with the company on Reddit says that they are “diligently retooling Weather Timeline to get it to work with our own internal APIs and then re-release it.”

The look and feel will be the same; we’ll also use some of our patent-pending technology for rain prediction, and we’ll be doing our best to add new functionality and improve the app without spoiling the experience.

Meanwhile, the new pricing model will be free with ads, but users can upgrade to get an ad-free experience. Fortunately, everyone who already purchased Weather Timeline will be grandfathered into the latter tier. The re-released app and more details will not be available until that launch, with no public timeline provided.

It seems that Weather Timeline’s original design will remain, but it’s not yet clear whether an upgraded Google Material Theme is in the works or if the original polish will persist.