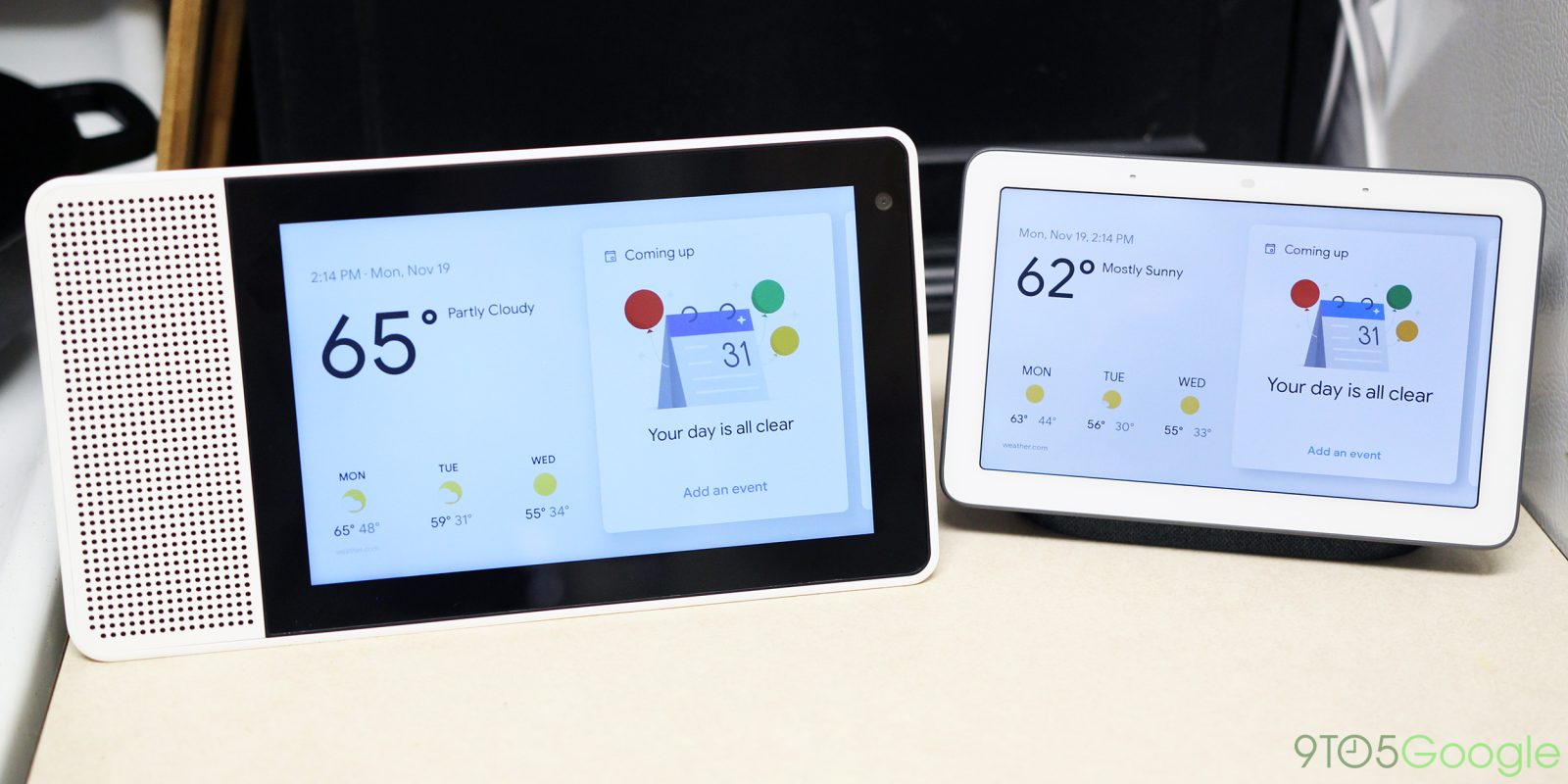 Lenovo delivered the first Google Assistant smart display to market, but the Google Home Hub recently debuted with a lot of extra functions and features. Now, a new update heading out to the Lenovo Smart Display is adding more functionality to the Home Hub, as well as new cooking features, and more.

This includes Nest Hello integration for 2-way talk via touch, as well as support for the “Turn off the screen” command. If you happen to use this product in a bedroom, trust me when I say that’s a welcome addition for bedtime. Further, Lenovo has adjusted the timeout to “Dark Screen” when the surroundings are dark and it’s also adopted the full-screen clock from the Home Hub. When in this mode, the display also adjusts to the lowest brightness setting rather than auto-brightness.

As we noted from an update to the Home Hub last week, Google has also added a touch shortcut for alarms. This allows you to access and manage your alarms without relying solely on voice commands.

Lenovo also notes some new cooking features with this update. These include a “My Cookbook” feature for saving recipes and accessing them at a later time. There’s also a Thanksgiving Recipe Recommendations card. Lenovo also notes that this update allows users to “remove, favorite, and share” photos.

From what we can tell, this latest update brings the Lenovo Smart Display to feature parity with the Google Home Hub on version 1.36. While the version numbers between smart displays are a bit confusing and updates arrive at different times for different models, all features should arrive everywhere eventually. For now, both seem to be on the same terms.

I’ve not gotten this latest update on my 8-inch Lenovo Smart Display (which is currently $80 and a steal by the way), but it’s noted that the rollout is “trickled.” The company does say, though, that this update will roll out faster than the previous update.