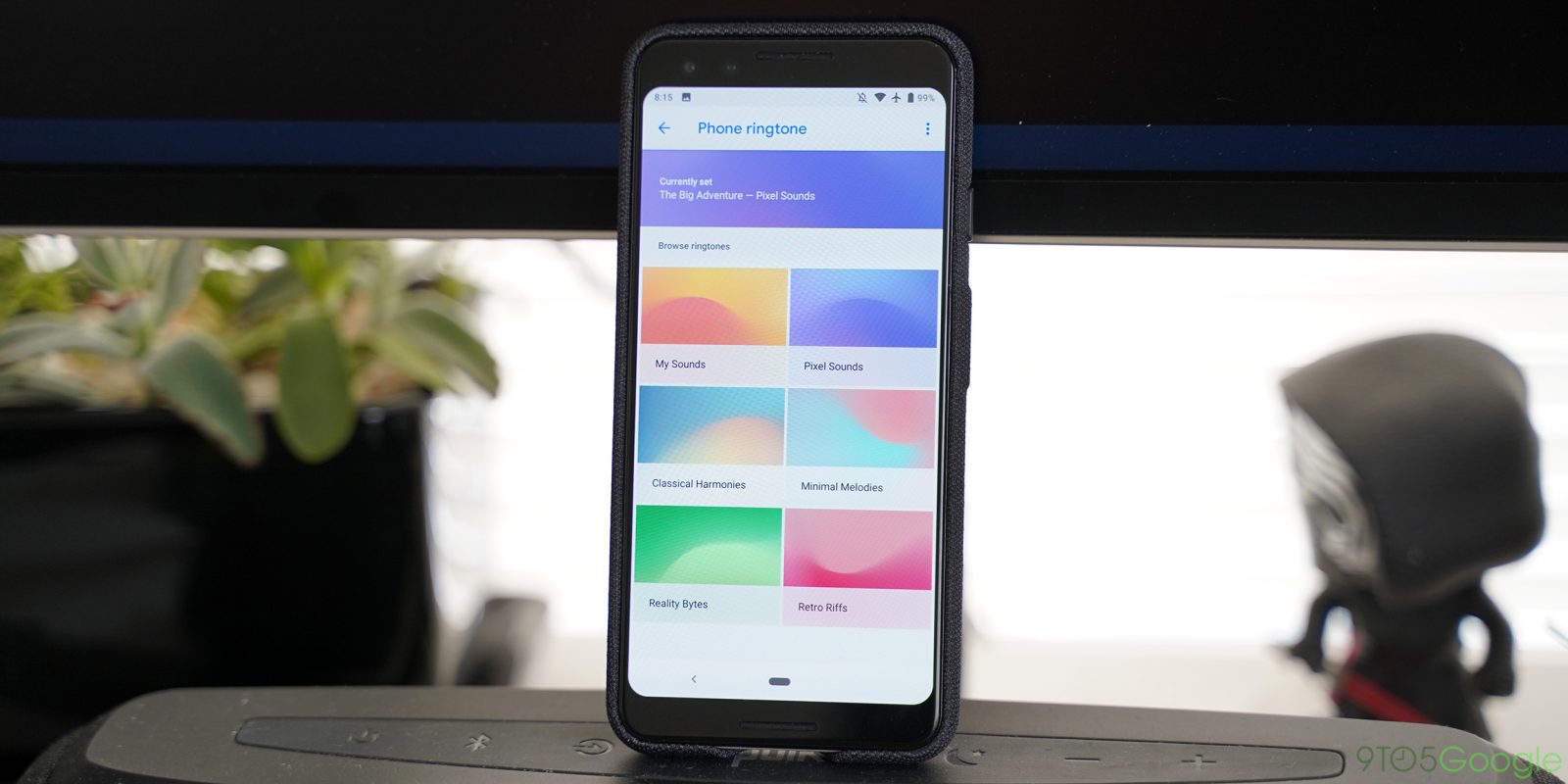 Just last week, a Play Store listing leaked that Google was planning a revamp of the ringtone, notification, and alarm sound experience on Made by Google devices. Including visualizations and downloadable ringtones, Sounds 2.0 is rolling out today to the Pixel 3.

Version 2.0 of the Sounds app is rolling out today (and compared to version 1.0) revamps the Phone ringtone, Default notification sound, or Default alarm sound menus in Settings. The new interface notes your selection in a “Currently set” section above, with an accompanying visualization for the background.

These new visualizations for each sound make them easier to identify. Google already whimsically names ringtones and notifications alerts, but this is taking it a step further by using color and a vaguely lava lamp-like visualizer to denote different moods.

These waveforms and swirls of color are very similar to the “Come Alive” live wallpapers introduced with the Pixel 3 and Pixel 3 XL that sees the background update as music plays. Sounds in a collection share the same general background, with Pixel Sounds remaining predominantly purple and Retro Riffs being mostly red.

There are six collections in total with the first being a grouping of user-created ones, while the Pixel Sounds collection serves as the existing device defaults. The Default alarm sound category, which requires a longer tone, only has My Sounds and Pixel Sounds as available collections to choose from.

The remaining download when users preview them, with a loading indicator available to the right. Sound design is very important to Made by Google, and the company is now properly emphasizing the work put into customizing this aspect of the Pixel experience.

Sounds 2.0 is rolling out now via Play Store, but we’ve so far only encountered it on one Pixel 3 device.