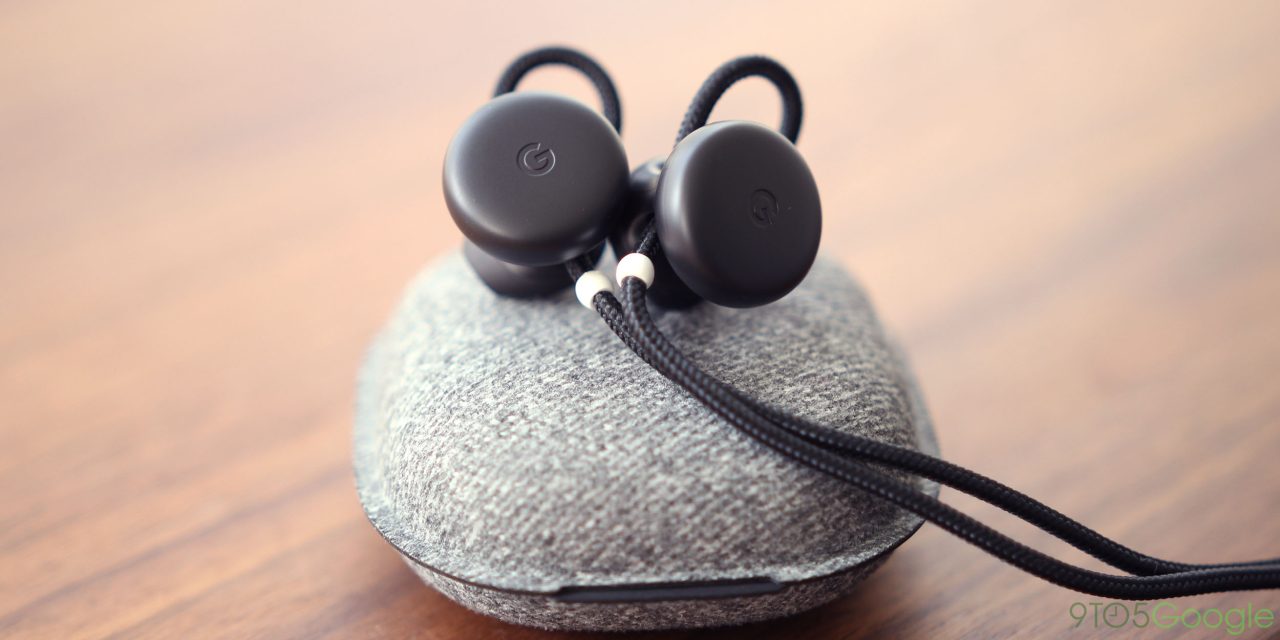 Despite rumors suggesting otherwise, Google did not release new Pixel Buds at this year’s October 9th event. While we did see a wired version included with the Pixel 3, the wireless Pixel Buds are unchanged, with Google now giving them a push for the holidays.

Product videos are a standard part of any tech launch in this day and age. For 2018, Google released intros for the Pixel 3 and Pixel 3 XL, Pixel Stand, Pixel Slate, and Home Hub. Just today, the company released a “Meet Google Pixel Buds” video in the style of the other clips.

The opening title features a similar font for the product, while the video is equally styled with fast cuts of the headphones to highlight the various features. Music playback and the “lightweight, comfy” design are emphasized, with Google noting how they are “Pixel’s perfect match.” When the Pixel 3 launched, Google stopped selling the Kinda Blue color variant; opting for just Just Black and Clearly White.

Fast Pair is also emphasized, along with the just announced — in November — ability for it to sync Bluetooth accessories across Android devices signed into your Google Account. This does suggest that the video was just created, rather than originally being intended for two months ago. However, a Pixel 3 XL screenshot does feature the October 9th date.

The last part of the video goes into the Google Assistant and how it can read back messages, as well as Google Translate. This latter real-time translation capability is now available on all Assistant headphones.

Other specs noted include fast charging and 24 hour battery life with the pocketable case that in my personal experience does not quite fit in jeans pockets.

Pixel Buds from the Google Store are currently $30 off at $129 for the holidays.