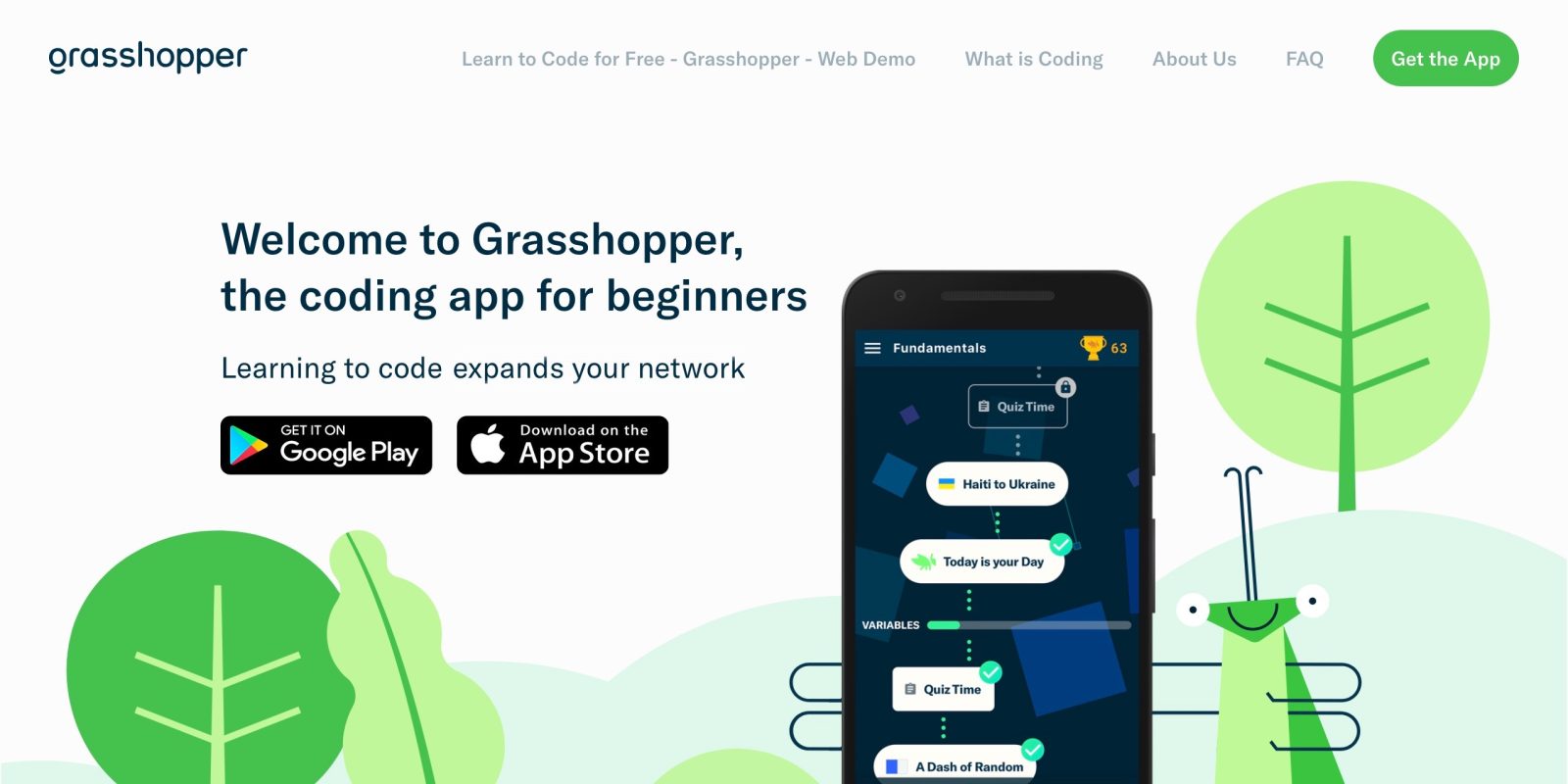 Area 120 is an incubator within Google that allows employees to develop experimental products. Grasshopper was announced last year as a mobile app for Android and iOS that teaches coding through short puzzles. Google today provided a usage update on this learning tool in time for the new year.

According to the company, 1.6 million people on Android and iOS have downloaded Grasshopper, with the Play Store noting over a million installs. In terms of usage, Area 120 touts how over 100,000 users have completed the “Fundamentals” course that covers the “basics of introductory computer science.”

Grasshopper is geared for learning on-the-go and the mobile form factor. Each coding puzzle ranges in length from 5-10 minutes, with Google hoping that people will use the app when they are waiting in line or have a break.

You might want to learn to code, but don’t know where to start or worry it might be too difficult. Over the last nine months, Grasshopper has helped stay-at-home moms, mid-career changers and international entrepreneurs kick-start new careers and get an edge before pursuing advanced coding courses.

The company ran academic studies to measure the effectiveness of Grasshopper and shared two usage insights:

Given Grasshopper’s success, it’s likely that this will be a long-term product for Google. Other Area 120 projects, like Reply for Android notifications, were killed last year, but integrated into existing efforts. Meanwhile, Google is developing an experimental podcasting app and a rumored social game within Area 120.