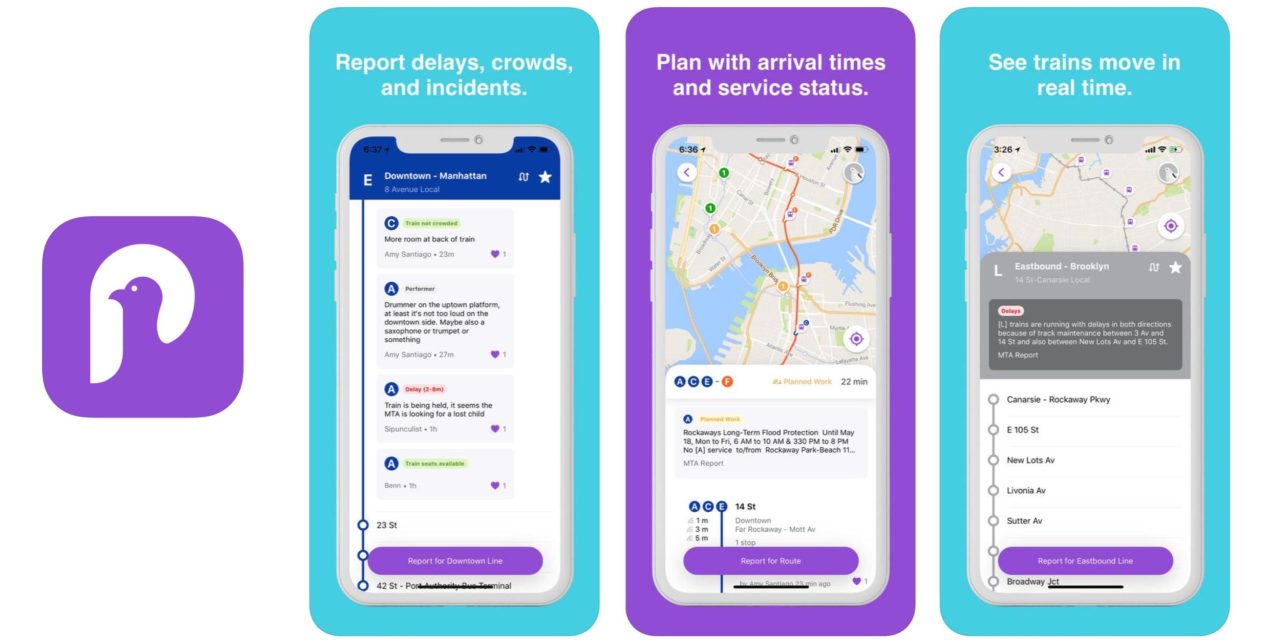 Google’s Area 120 incubator is home to a number of nifty apps and services like Reply and an upcoming social ‘Arcade’ game. Till that launches, the latest app is called Pigeon and it crowdsources the city of New York’s public transit to create a Waze-like map of real-time updates.

The problems that Pigeon (via The Verge) tries to address are the unexpected delays, reroutes, and rush-hour crowds associated with New York City’s metro system. With the app, you can quickly report delays, crowds, and other incidents, as well as see warnings from other users by location and station.

For example, when reporting a delay, users are able to note the general issue — not long (<2M), a while (2-8M), and forever (>8M) — and add a more detailed description. Meanwhile, you can either post the report anonymously or include your name.

Design-wise, the app makes use of a wide oval FAB to quickly begin a report that is somewhat reminiscent of the new Material Design Theme element. The app also integrates official arrival times and service status from the MTA.

Another feature allows users to enter their usual routes and have the app notify them which is the fastest, most convenient, and has the fewest disruptions.

Currently aimed and limited to the NYC transportation system, it requires an invitation code to use. It could be expanded to other cities, while the reporting features would be a natural addition for Google Maps, which already features the standard slow down and closure alerts for public transportation.

The latter could be the case given how unsuccessful Area 120 apps see the teams reintegrated into Google. For the moment, the app is only available on iOS.