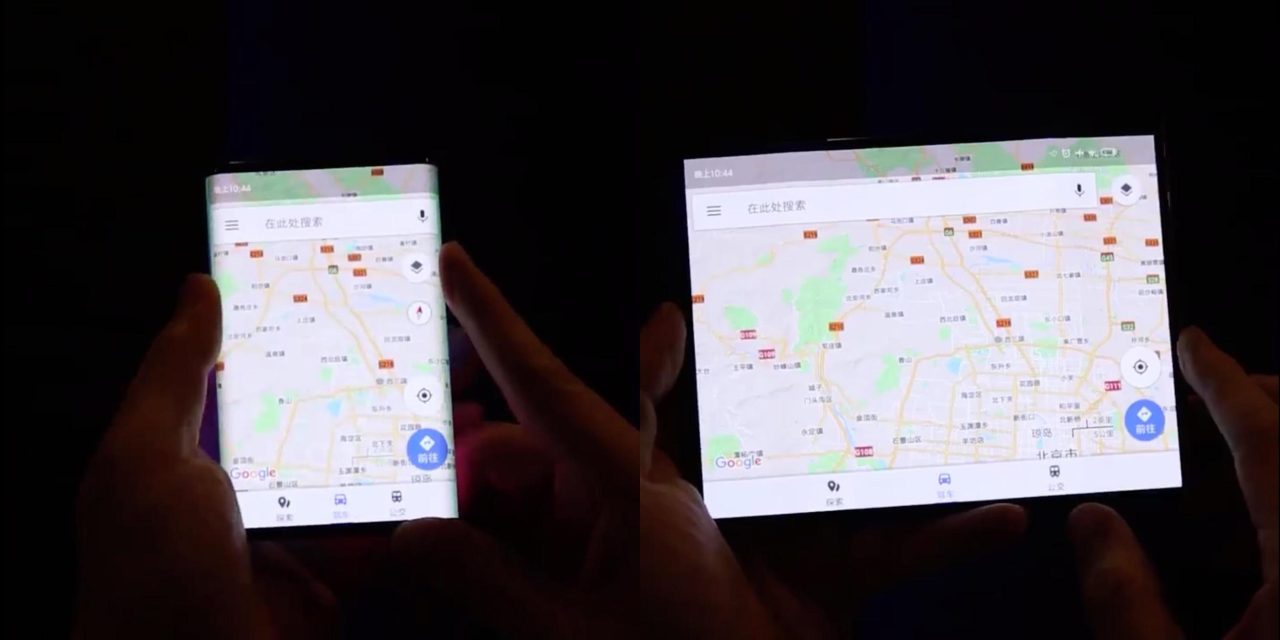 Back in November, Google announced the Android Foldables form factor as Samsung teased the first device. More manufacturers are expected to announce foldables in 2019, with a sketchy leak today providing an interesting look at a device possibly from Xiaomi.

After providing one of the first glimpses of the Galaxy S10 today, Evan Blass posted a video of what is clearly a foldable. The usually reliable source cautions that he “can’t speak to the authenticity of this video or device,” but notes that it could be made by Xiaomi.

The 20-second clip shows a device that is Chinese in origin (as seen by the set language). A glimpse of the lock screen shows an interface that shares similarities with the MIUI skin created by Xiaomi. This includes the status bar icons and lock screen shortcuts at the bottom of the screen.

Meanwhile, the app drawer shows a handful of identical icons found on MIUI from the music client to the photo gallery and notes. The time at the top-left corner could suggest that this device is running Android 9 Pie.

The foldable action begins when Google Maps is launched. Basic panning is demonstrated, with the user then folding back the screen so that there are two hinges near the center in a tri-fold design. Maps automatically switches from the tablet UI to a phone UI as evidenced by the search and bottom bar getting narrower, and the layers FAB moving below. However, even with one screen folded back, the UI begins adapting to a smaller tablet UI.

Closing Google Maps, the user returns to the homescreen and proceeds to use the foldable as a phone, with the interface now fully optimized for the smaller screen real estate.

A power button appears to be located at the center, top edge of the device. Given that this video is shot in the dark, it’s hard to see the rest of the hardware, including how thick the bezels are. Meanwhile, there appears to be some outward bending at the two hinge points, resulting in a device that is not entirely flat even when in tablet mode.

At the Android Dev Summit in November, Google discussed two foldable variants. The first is a two-screen device, like Samsung’s, where there is inward fold that hides the bigger display. Users are left to interact with a second display outside.

What’s notable about today’s device is the one-screen nature and two hinges that allow for a much bigger display. However, the folded form factor ends up being quite wide and maybe less pocektable.

From the demo, the user experience appears to be quite smooth. Rumors emerged last year that Xiaomi was working on a foldable. Again, it’s unclear if this is the device in question, or if it’s anything beyond a prototype.

Meanwhile, another interesting aspect to consider is how we heard last year that Google and Xiaomi are working on a device together. Given that Google is being hands-on with Android Foldables to ensure seamless app compatibility and prevent fragmentation, this foldable could be a candidate for that cooperation. Google did note in November that is expects several Android OEMs to release foldables.

Don’t want to stoke “Ultra” conspiracies, but: I just remembered there is *one* piece of evidence of Google doing something unusual. Partnering with Xiaomi for some mystery device.

(Which we were told is “not a Pixel”, so take that for what you will.) https://t.co/TU7aa6ngJA