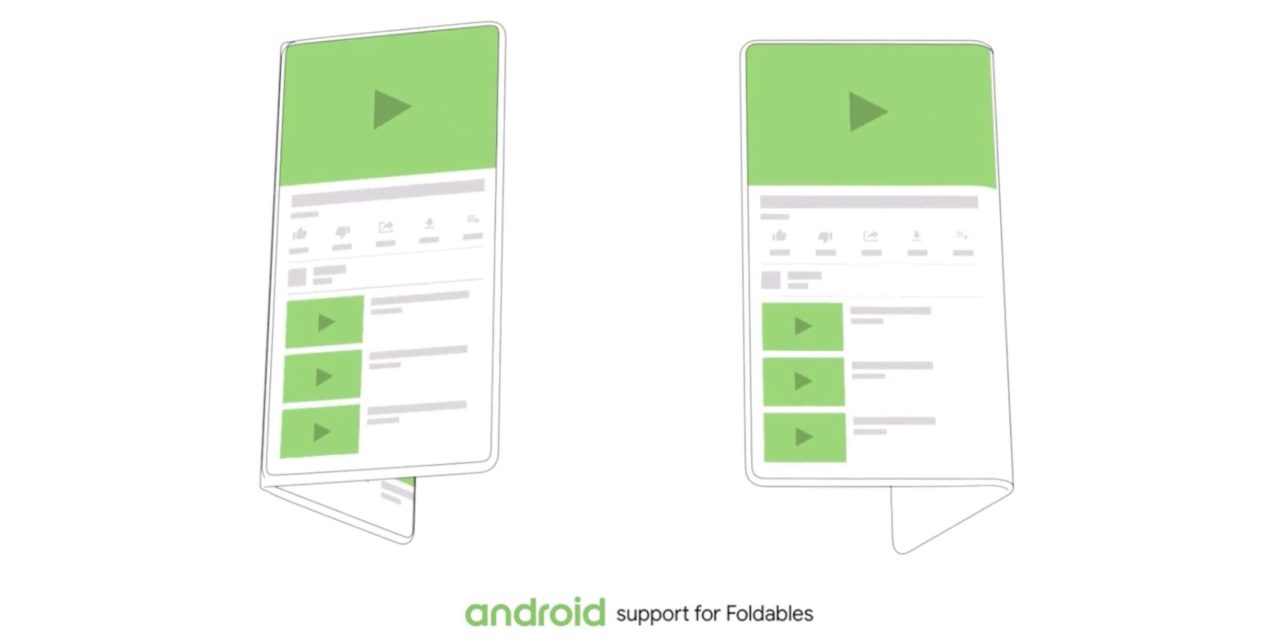 Looking ahead at the next 10 years of the operating system, VP of engineer Dave Burke — speaking at the 2018 Android Dev Summit — sees “pervasive, multi-screen computing” as an upcoming trend. Including existing smart TVs, wearables, and Chromebooks, there is also a “whole new form factor idea from Android device makers.”

They take advantage of new flexible display technology – the screen can literally bend and fold.

According to Burke, consumers and developers alike can think of the new form factor as both a phone and a tablet, with two general variants in the works.

The first kind of device includes two screens with one on the outside cover serving as the traditional phone, while users can open up the device to reveal a larger display. Meanwhile, the second features one continuous screen on the exterior.

According to Google, the defining feature for this form factor is called “screen continuity.”

For example, you might start a video on the folded, smaller screen while on the go, but later sit down and want a more immersive experience. You can simply unfold the device to get a larger tablet-sized screen. As you unfold, the app seamlessly transfers to the bigger screen without missing a beat.

Google expects to see Android Foldables from several manufacturers starting next year, with Samsung of course previewing its model today. The two companies are already working closely together on that device, which is set to launch early next year.

For developers, Google wants to make the experience equally seamless and require “as little work as possible” to support. On stage, Burke announced resizable flags so that applications can respond to folding and unfolding.