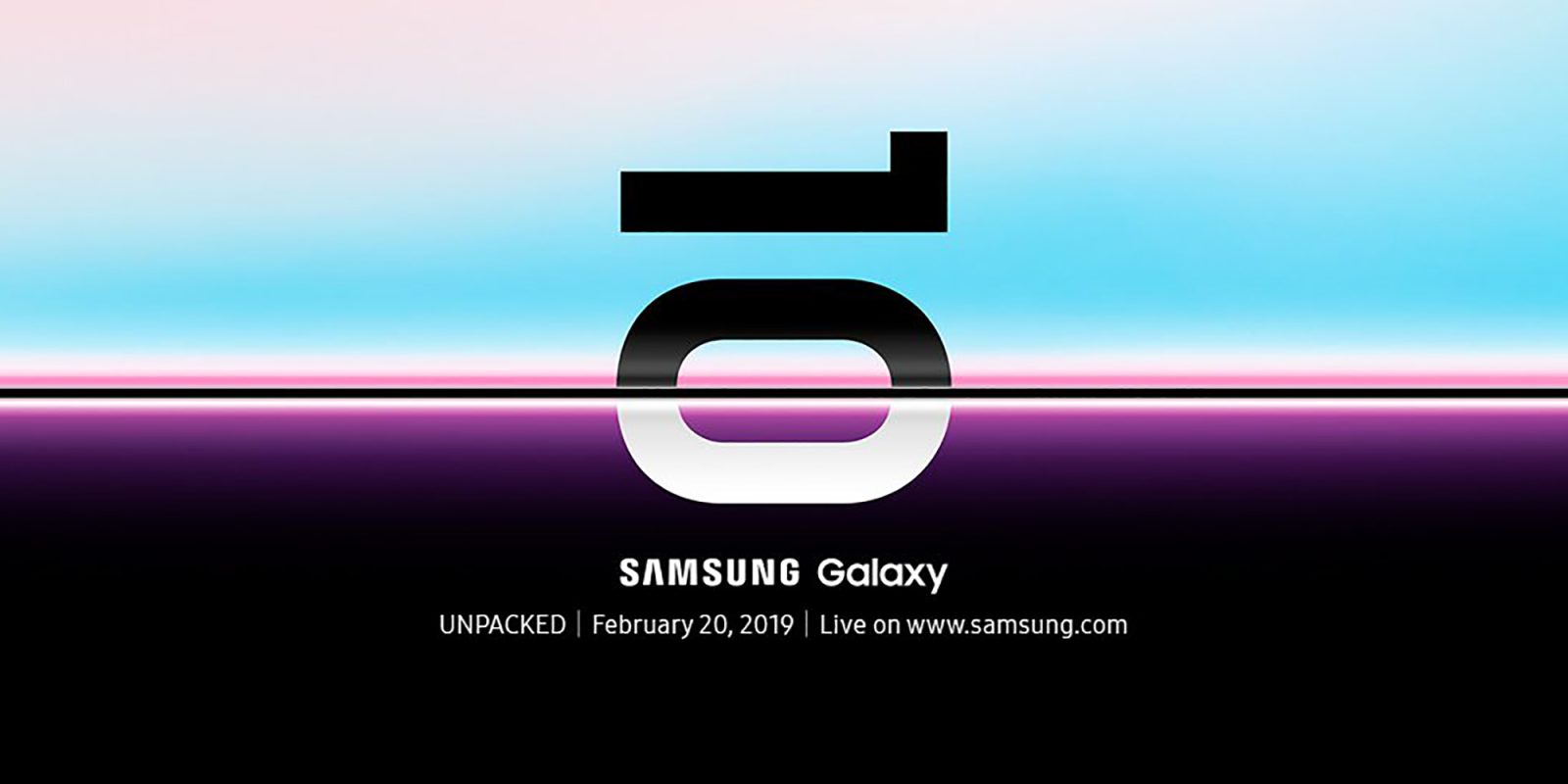 After rumors courtesy of the Korean Herald that Samsung would unveil the Samsung Galaxy S10 a week prior to Mobile World Congress in Barcelona, the company has taken to Twitter to confirm the Galaxy Unpacked 2019 for the S10 event with a cryptic video.

The video doesn’t give any hints other than the massive number ’10’ emblazoned over and over again, but at least we now know when we will get a glimpse of the S10.

This comes off the back of yet another leak of the device, which came courtesy of Samsung themselves when posting about the numerous OneUI features. At this point, I’m sure we’re all pretty confident of what we’ll see come the keynote.

“Welcome to the next generation. Galaxy Unpacked on February 20, 2019” reads the Tweet, we’ll just have to wait for more hype-generating social posts in the build-up to one of the core launch events of the year.

Welcome to the next generation. Galaxy Unpacked on February 20, 2019. #SamsungEvent pic.twitter.com/M1Gh0F9Fs5

Oddly, the tweet gives no indication of the location of the event, although the Samsung Newsroom confirms that this will take place in San Francisco. Beyond that we have no further details, but we do expect further information to be drip fed over the course of the next few days and weeks.