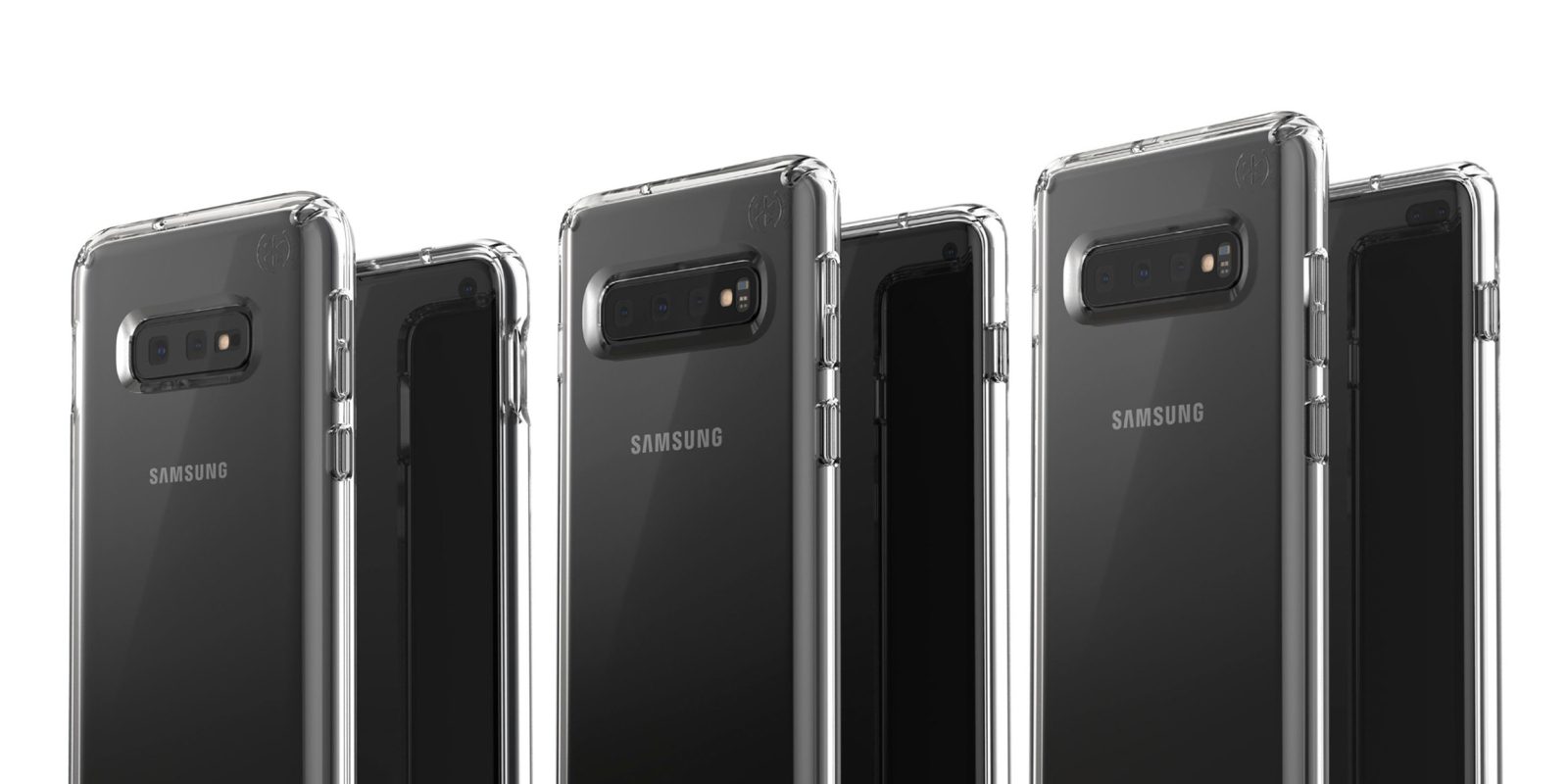 One of the most exciting smartphone releases of each year is that of Samsung’s Galaxy S flagship. For its 10th anniversary, we’re expecting a lot from the Galaxy S10 and now, some new renders and details have leaked out.

Courtesy of Evan Blass, fresh renders of all three Galaxy S10 models have leaked out. While placed inside of a clear case, these renders give us a solid look at what to expect from the company’s upcoming family of devices. Specifically, we can see how many cameras they have and the size differences between these various phones.

In the leaked image, the leftmost device is what Blass describes as the Galaxy S10E. As with the other two, there’s a visible punch-hole cutout on the display, but this device is noticeably smaller than the rest. It also appears to ditch the curved glass display for a completely flat display and has a side-mounted fingerprint sensor. There are also two cameras on the back.

As for the standard Galaxy S10 and the Galaxy S10+, three cameras can be seen from the back along with the same punch-hole display. The Galaxy S10’s size sits in between the lower-cost “S10E” and the larger S10+. The S10+, notably, has two cameras inside of that cutout, just like we’ve seen in recent leaks.

You’ll also likely notice that neither the S10 or S10+ have the fingerprint sensor on the power button like the “S10E.” Previous reports have mentioned that only the top-tier S10 models would take on an in-display fingerprint sensor. Now, XDA-Developers has been able to confirm that this is indeed the case.

Code within the Samsung Pay app has very explicit mentions of a sensor which resides beneath the glass. Of course, the fingerprint sensor is used with Samsung Pay to verify a user’s identity when a purchase goes through. It’s something we’ve already confidently known, but this discovery essentially confirms Samsung’s plans.

Samsung will officially debut the Galaxy S10 on February 20th at a San Francisco-based event.