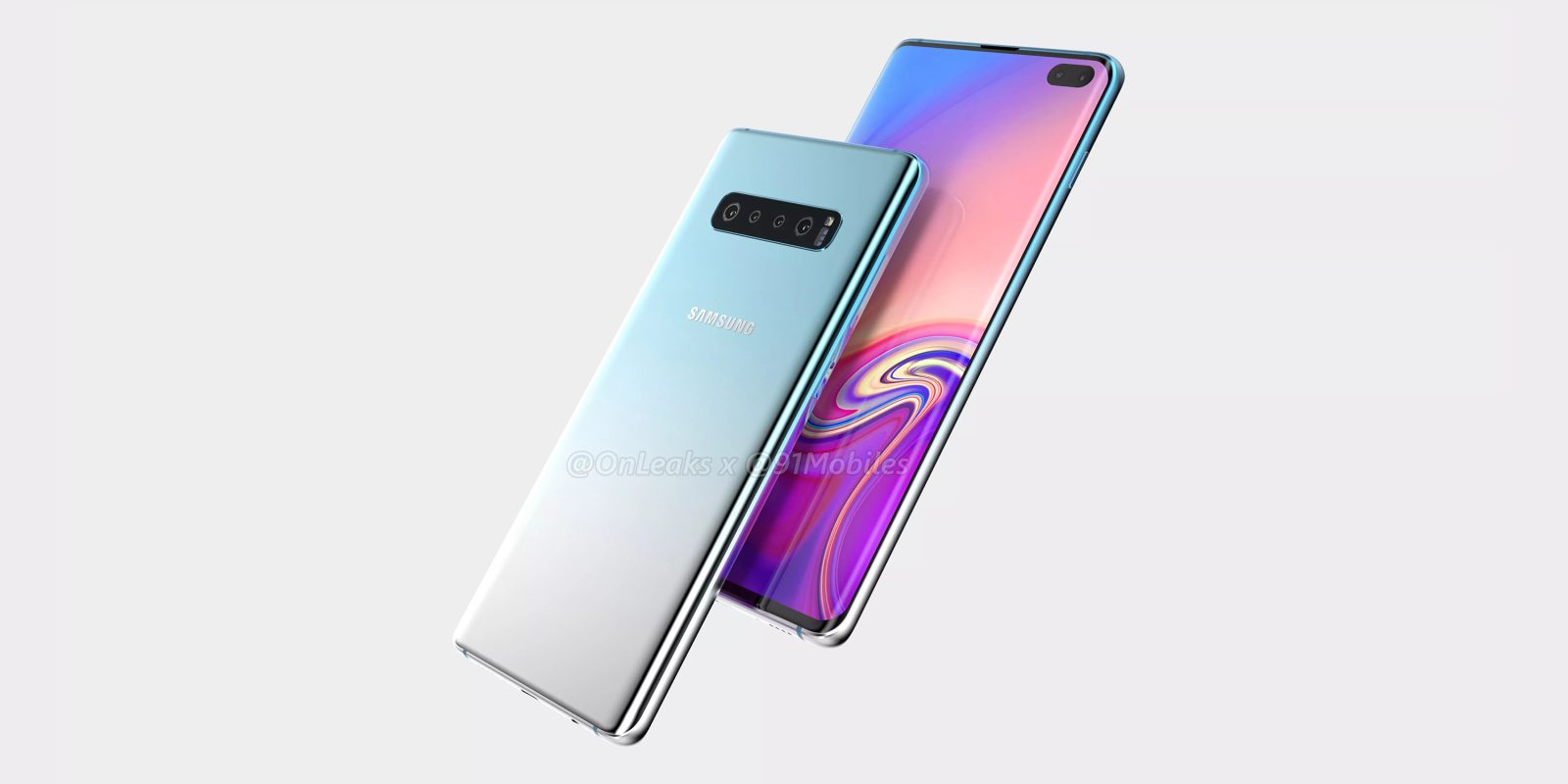 As 2018 comes to a close, we’re eagerly awaiting the debut of next year’s crop of Android smartphones. One of the first on the schedule, as usual, is Samsung’s next Galaxy S device. There have been a lot of Galaxy S10 rumors so far, but today, we’re potentially getting a first look at the Galaxy S10 Plus in new leaks.

Arriving courtesy of @OnLeaks (via 91Mobiles), the first set of renders of the Samsung Galaxy S10 Plus give us a good look at what to expect from the company’s next flagship. For months now, we’ve been hearing rumors and a lot of those are seemingly confirmed here. Of course, it’s always important to take early leaks such as this with a grain of salt, but OnLeaks has a pretty solid track record.

These CAD-based renders of the Galaxy S10, apparently the Plus model, help to confirm how Samsung’s design is evolving. Much like the Galaxy S8/S9, the S10 has Samsung’s “Infinity Display” design, but the bezels look thinner this time around on the top and the bottom. This is largely thanks to the “punch-hole” display cutout.

We’ve been hearing rumors of this design for quite a while, and Samsung even showed off a version of it a few weeks ago. With these Galaxy S10 leaks, though, we’re getting a better look at the design.

Apparently, Samsung is using a corner cut-out which contains what appears to be two front-facing cameras. That cutout does leave a portion of the display above and to the right side. Personally, I’d rather have a notch than this.

Further, this leak also shows not two, not three, but four rear-facing camera sensors. At the original time of posting, the renders did show three, but OnLeaks clarified on Twitter today that those images were actually based on a prototype which has since been abandoned. This brings the total number of cameras to six, matching up with a previous report.

Notably, there’s also no fingerprint sensor on the rear of this device. As noted in previous reports, this is due to Samsung’s inclusion of an in-display ultrasonic fingerprint sensor. That’s expected to be faster than the optical sensors we’ve seen in other devices such as the OnePlus 6T.

Many will also be happy to know that, at least with these Galaxy S10 Plus leaks, there’s still a headphone jack in tow. There’s still a slight chance that the device will follow the trend of ditching it, but so far it looks safe. A standard button layout is also here with the addition of a Bixby button (again).

We’re likely still a few weeks away from the debut of the Galaxy S10 family, but at this point, leaks are probably going to start flooding in. Stay tuned for our full coverage on the S10 as well as Qualcomm’s event this week. We’re expecting to hear more on the next-gen processor powering Samsung’s device, 5G, and the ultrasonic fingerprint sensor to be used in the S10.