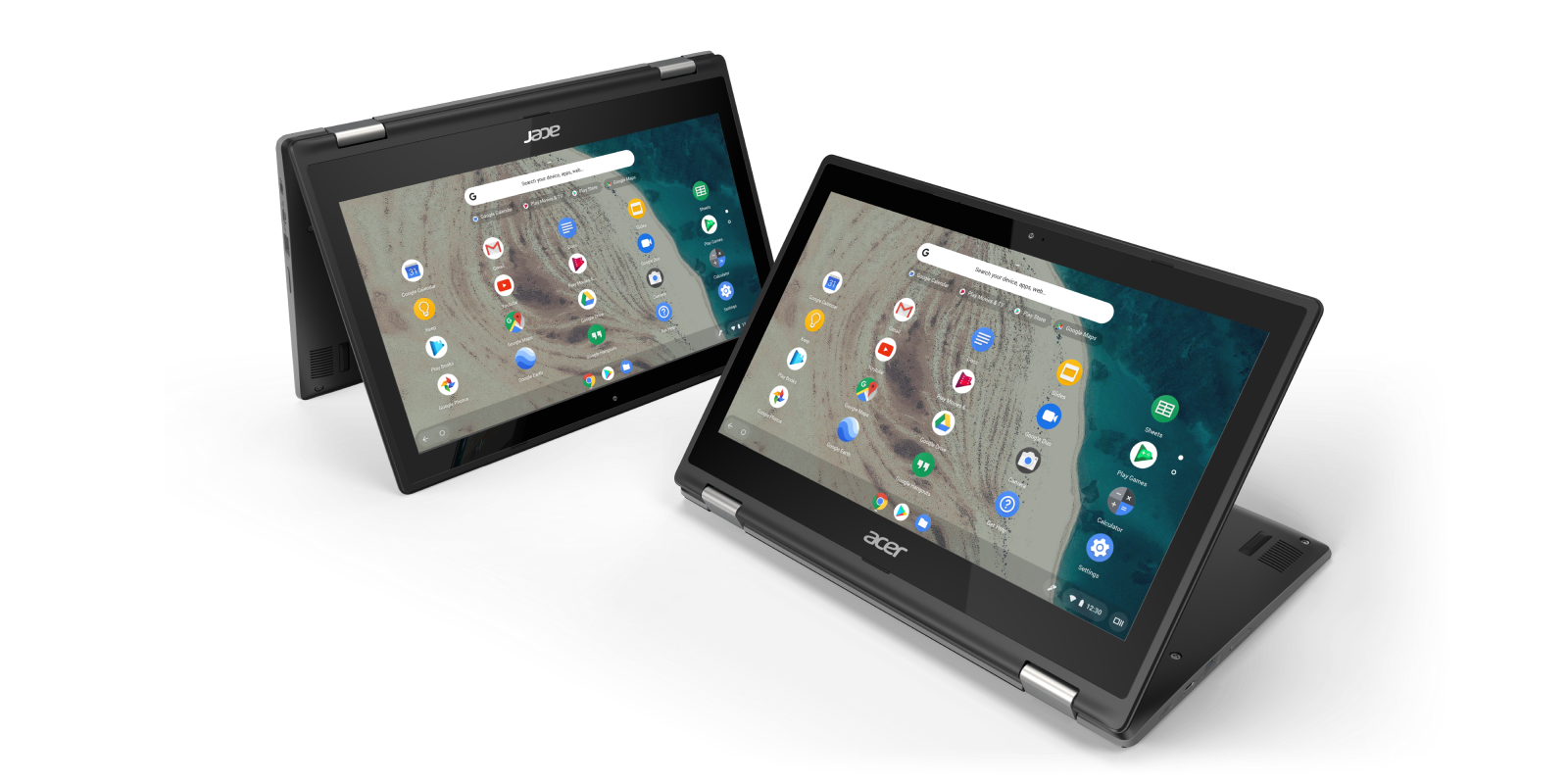 This latest batch of Chrome OS devices are again aimed at the education market. As such, all four are compliant with the U.S. MIL-STD 810G military standards for drops of up to 48 inches and a downward force of 132 pounds. Additionally, they meet ASTM F963-16 and UL/IEC 60950-1 toy safety spec.

As the names suggest, the Acer Chromebook Spin 311 and Spin 511 feature a 360-degree hinge that allows for tablet, notebook, display, and tent modes. The former is notably powered by a 7th Gen AMD A-Series A4-9120C processors with Radeon graphics, while the latter features dual-core Intel Celeron N4000 or quad-core N4100 chips.

The Acer Chromebook 311 (C721) also features an AMD chipset, but in a standard clamshell form factor with both touchscreen and non-touch variants available. Both devices feature a spill-resistant keyboard — up to 330 ml (11 fluid ounces) of water — and moisture-resistant trackpad, as well as Bluetooth 5.0.

However, the Spin 511 supports an optional Wacom EMR Stylus allowing for seamless note taking, while a 5MP world-facing camera is also available.

Today’s last announcement is the Acer Chromebook 311 (C733) with spill-resistant keyboard. Powered by Intel, it features the same processor options as the Spin 511.

These new Acer Chromebooks will be available in North America and EMEA by Q2.