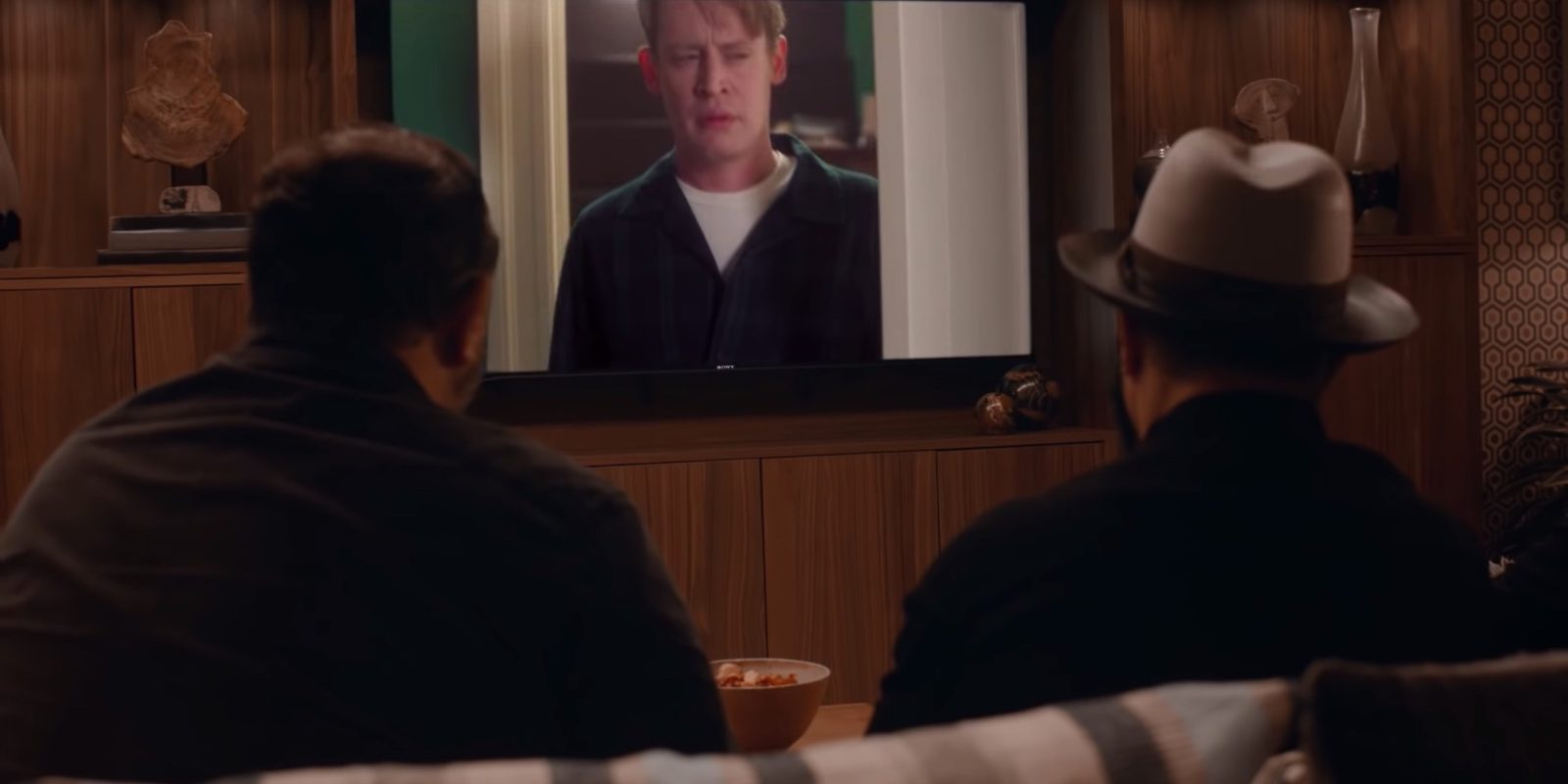 In today’s one minute-long clip, Joe Pesci watches the original ad come on during a party with friends, and provides somewhat amusing commentary. He watches with rapped attention during his key “Better get outta here before somebody sees us” line, while the video ends on the “Make Google Do it” phrase and the Assistant logo.

Shorter versions of the original video were aired throughout the holiday season, while Google even posted a behind-the-scenes look.

Google’s release of this video over a month after the holiday season is odd, but it’s somewhat funny. The parts of the original ad emphasized onscreen again are the various Assistant interactions and devices.

Fortunately, Google used the fixed version of the ad with the correct Pixel 3 XL notch instead of a very large bezel. Watchers at the time immediately harped on that visual error, which led Google to quietly fix a day later without impacting the amassed view count.

Meanwhile, this is essentially a take on the YouTube-inspired reaction video format. The beginning of the clip briefly shows a generic football stadium, with this ad possibly serving as a “real-time” ad, much like previous YouTube TV promos during the NBA Finals.