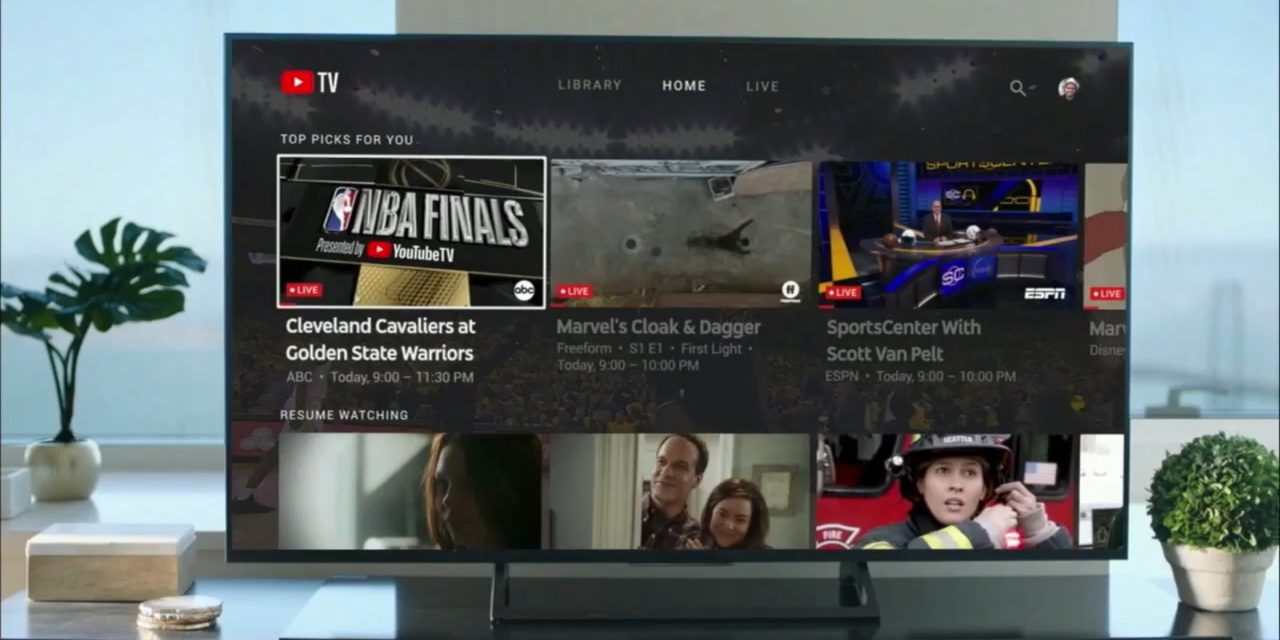 Watching the 2018 NBA Finals this evening you might have noticed that the series is “Presented by YouTube TV.” The streaming service’s logo is everywhere, while there are also several ads. One of the later ones is pretty cool and “live,” transitioning directly into the game.

The ad runs for a minute and features a pretty standard run down of the service’s features. Live sports and shows being the focus, with the latter category including breaking news. It also plays up the cord cutting aspects with no  contracts and the service’s over 60 channels for $40 a month

The other aspect being advertised is how it’s available everywhere, using Pixel phones and Pixelbooks. Meanwhile, one big screen television examples shows off Google Assistant integration to rewind and control content with your voice.

Right off the bat, viewers might realize that the sports clips in this ad are from earlier moments in Game 1. The real-time splicing for the ad is further emphasized towards the end where frequent Google ad presence Kevin Durant is watching the Game 1 that he is playing in.

Towards the end, the Warriors star makes reference to in-game announcer Doris Burke. In real-time, she then acknowledges the shout out as the stream returns to the actual live game with the in-ad television filling in and expanding as the basketball match returns.

It’s a cool little synergy that reflects how YouTube TV is heavily advertising itself using sporting events, like with the 2017 MLB World Series. This format isn’t new, with similar style integrating ads appearing during the regular season. However, the presence of Durant and the direct shout out is a step up.

The NBA deal meanwhile also includes “The Finals presented by YouTube TV” logo at the arenas and basketball courts. Be sure to check out our guide on how to stream the 2018 NBA Finals live over the next two weeks.