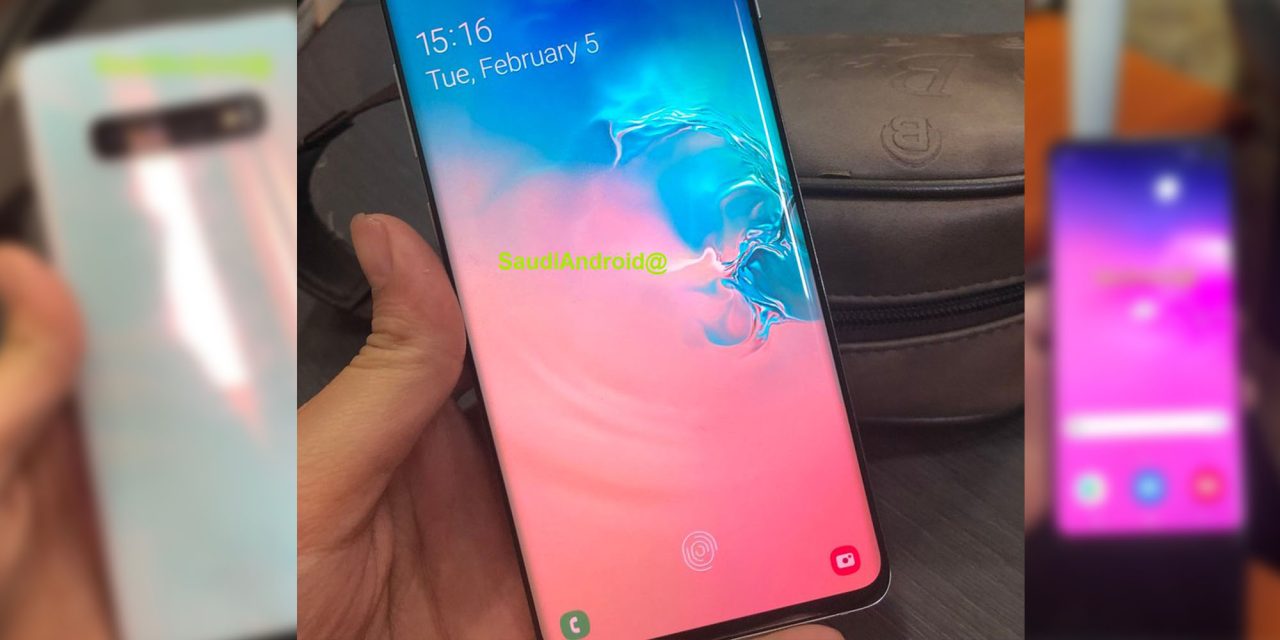 Samsung is hosting an event on February 20th to officially launch the Galaxy S10, and with each passing day, we’re learning more about the devices. Today, a fresh set of hands-on images have essentially confirmed the use of an in-display fingerprint sensor on the Galaxy S10, as well as giving us new looks at the hardware while other leaks confirm further details.

First posted by SaudiAndroid on Twitter (via SamMobile), four new hands-on images of the Galaxy S10 and S10+ confirm a lot of previous leaks and reports. First and foremost, one of these images gives us our first look at how the in-display fingerprint sensor will be implemented. It’s been widely known that Samsung is adopting an ultrasonic fingerprint sensor on its upcoming device, and this image confirms that an in-display sensor is being used. Unsurprisingly, it seems to work a lot like other devices using the tech with a prompt towards the bottom of the display.

Further, we get another nice look at the size of the hole-punch display cutout on both the S10+ and the S10, as well as seeing the back of each device. Both have three cameras mounted horizontally, and we can see the “Prism Black” and “Prism White” color variants here as well, and for obvious reasons, there’s no fingerprint sensor on the back of the Galaxy S10 as was found on the S9.

These leaks also align closely with a recent image posted by Evan Blass. There, we see the same three-camera layout, but with slightly different coloring. The device pictured there seems to have a gold accent for the metal. Whether or not that means we’re looking at a special variant remains to be seen, but personally I quite enjoy the color combination. 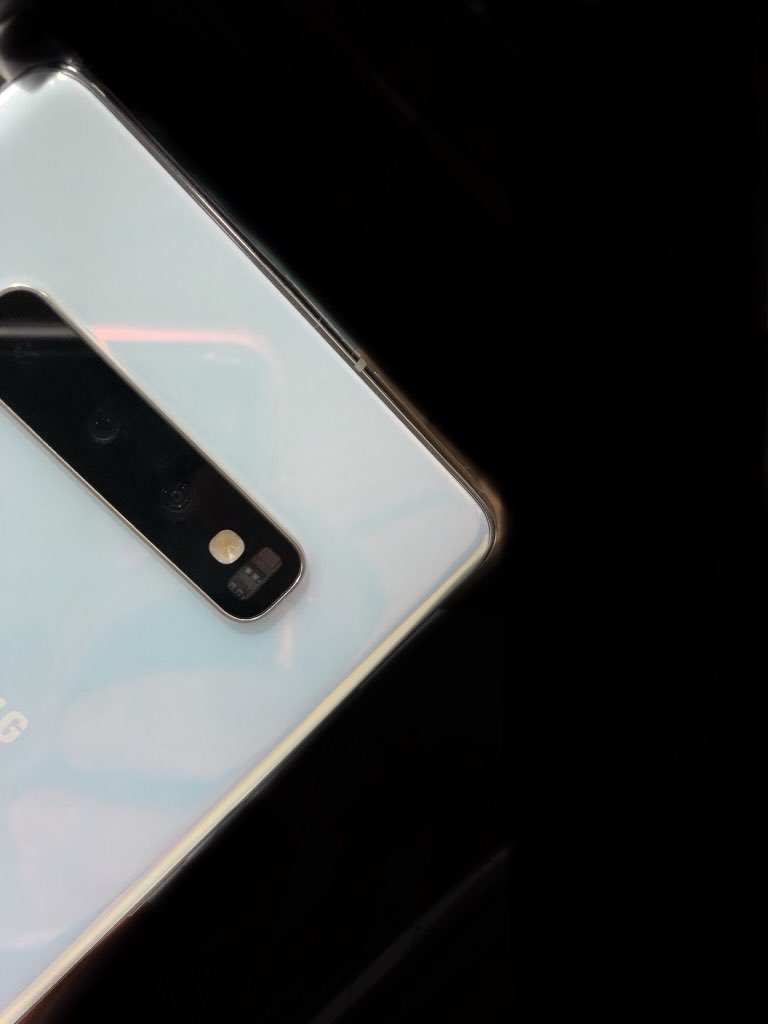 Finally, Roland Quandt of WinFuture has also recently posted a fresh set of Galaxy S10 renders. These new shots show the S10 and S10+ from different angles in high quality, as well as depicting the difference between the Prism Black and Ceramic Black versions of the device. 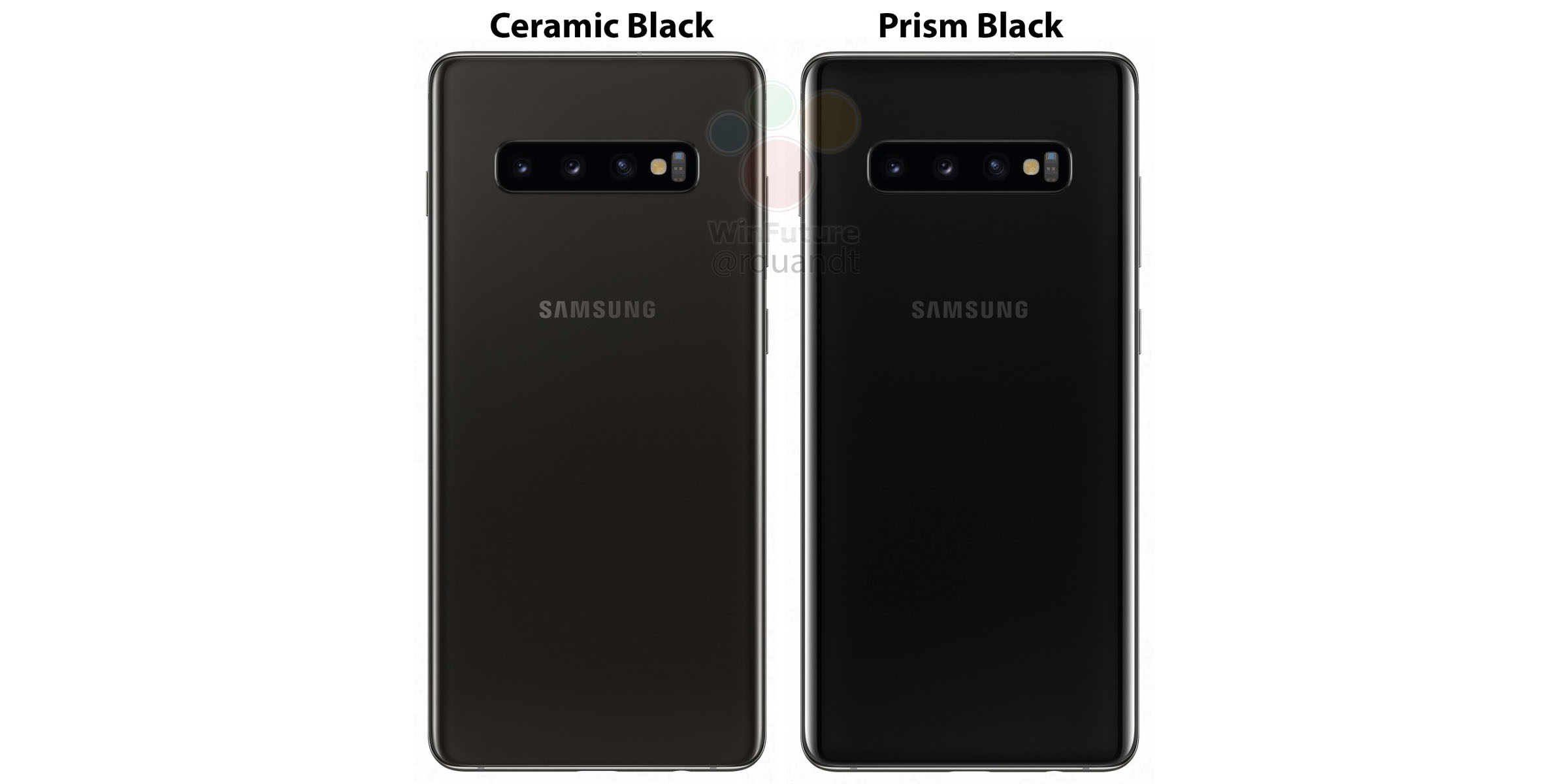 Quandt’s leak also shows off a special feature of the device. As previously rumored, the Galaxy S10 will apparently support reverse wireless charging, and the use case Samsung shows in a promo banner is for the company’s new Galaxy Buds. Also rumored to arrive at the Unpacked event, these new earbuds seem to carry the same design as last year’s Gear IconX, but with new branding and a wireless charging case.