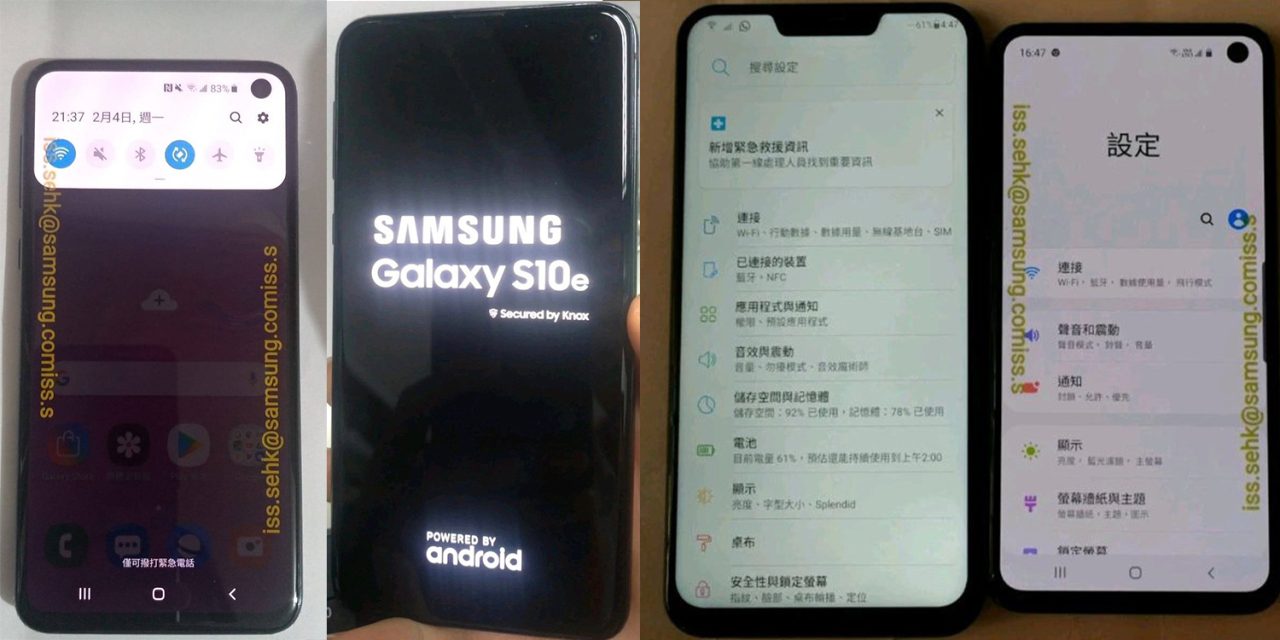 The Samsung Galaxy S10e is what we all had initially thought would be the S10 Lite and it is clearly an attempt by Samsung to tackle Apple’s own ‘budget flagship’ iPhone XR.

In these leaked images we get a glimpse of a pre-release handset that bears plenty of pre-embargoed watermarks. The images come courtesy of Slashleaks user Sudhan D. Ambhore (via Ishan Agarwal) who gave no further details of where these images originally surfaced.

In the images, we get a glimpse of the boot logo, confirming that the cheapest in the Samsung S10 lineup will be called the Samsung Galaxy S10e. Whilst we get a closer look at the in-display camera cutout on this supposed cheaper unit for the first time. 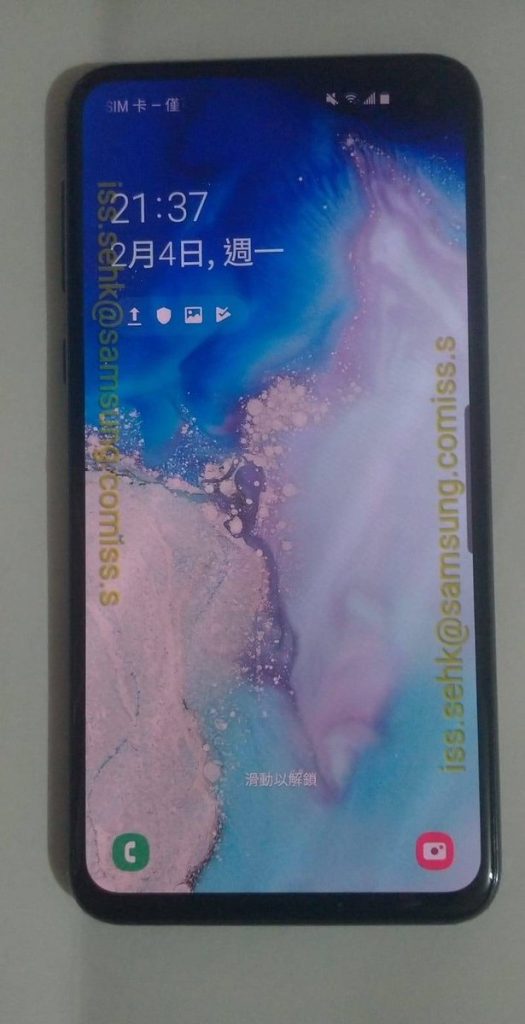 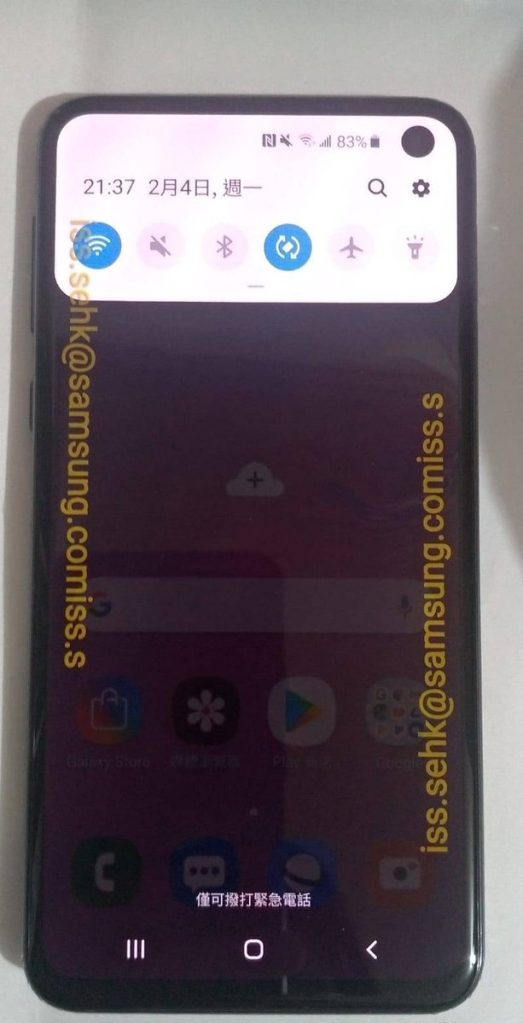 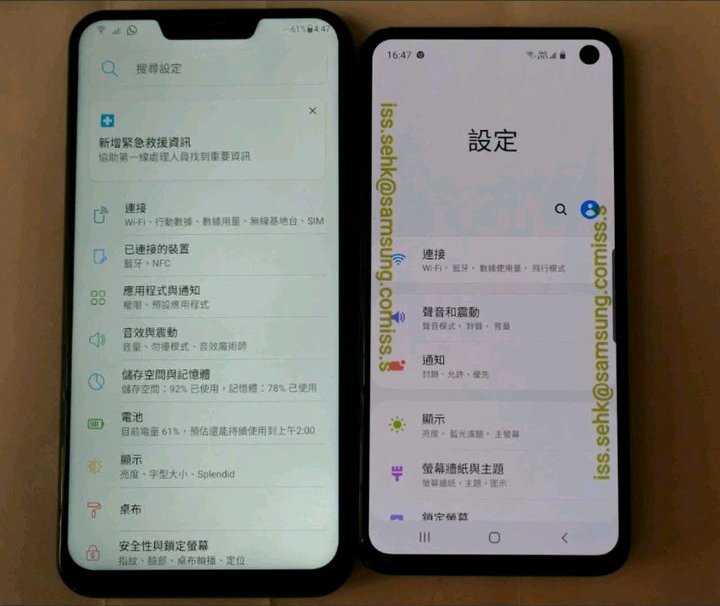 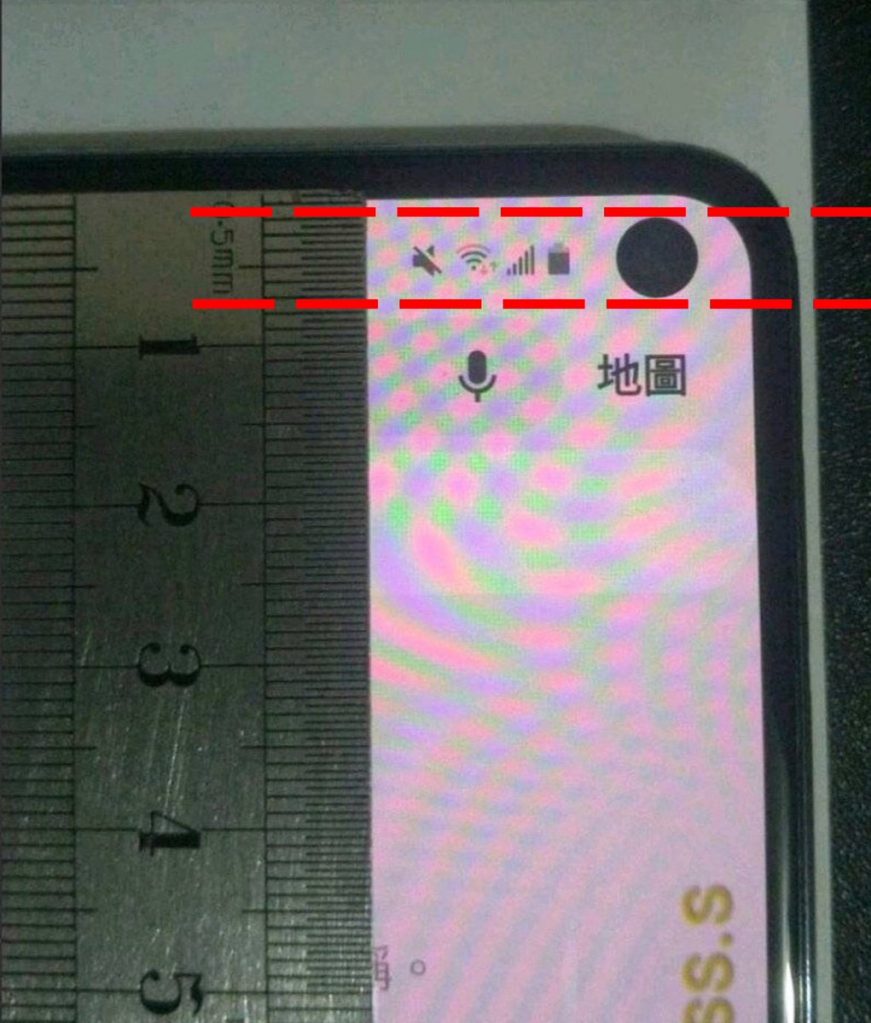 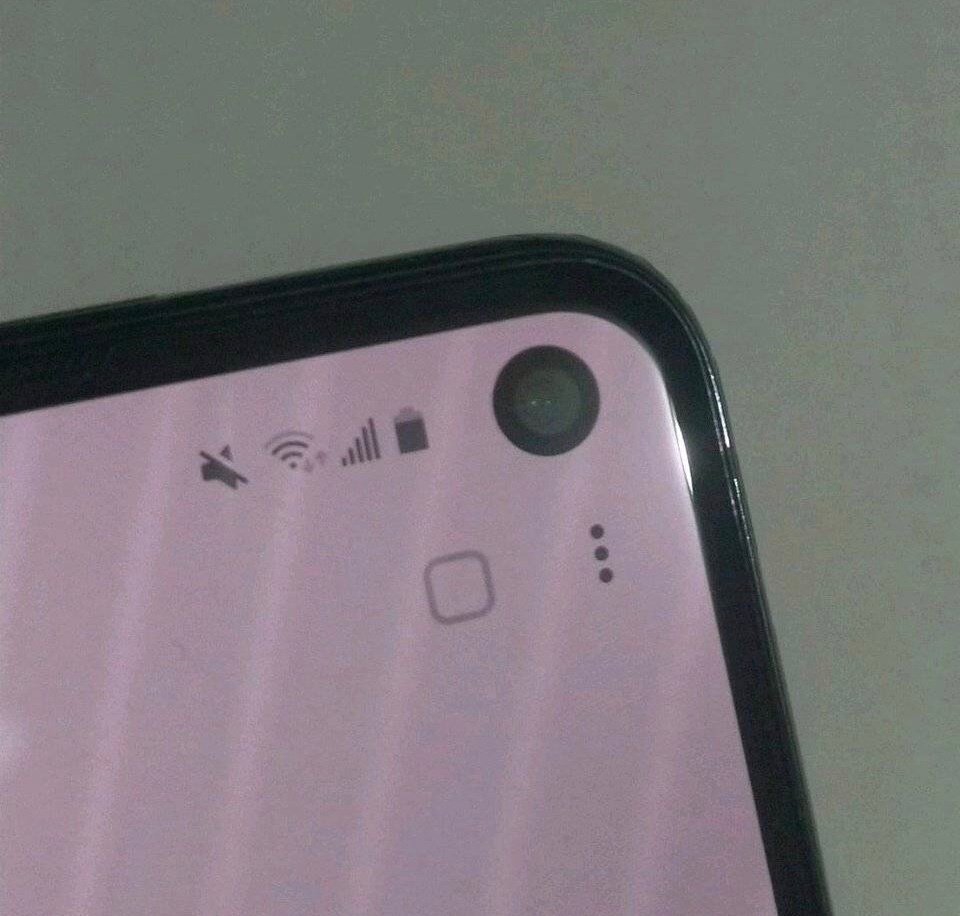 That ‘punch-hole’ isn’t hidden via any software tricks either, which is one of the original theories that was posted online. It is clearly visible and although it will most definitely be polarizing, it doesn’t seem to distract from the rest of the UI that we see here.

With a close look, you can see a slight chin on the device, which we know will annoy some people who are obsessed with device symmetry. That said, the device footprint is still much smaller while retaining a large screen to body ratio. 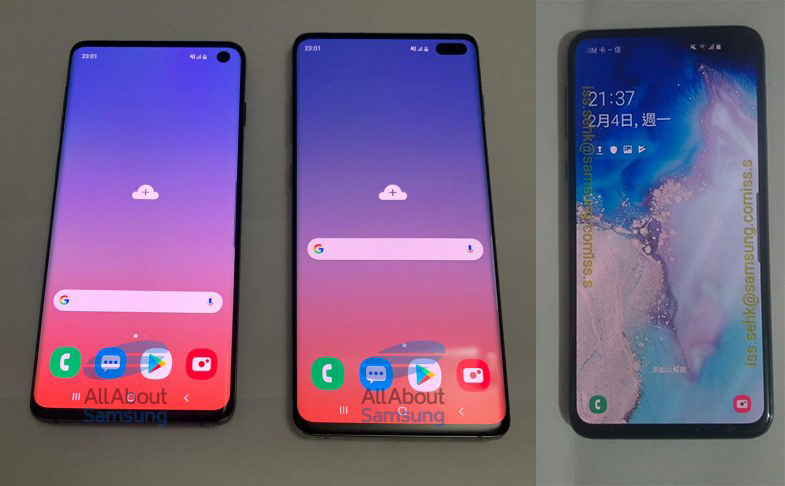 Everything matches up with the leaked press images of the S10e that we saw just a few days ago. The bezels do look eerily similar to those on the iPhone XR too, but that is likely just a coincidence. When side-by-side with the previous S10 leaks you can see just how much extra bezel there will be on the S10e compared to the S10 and S10+.