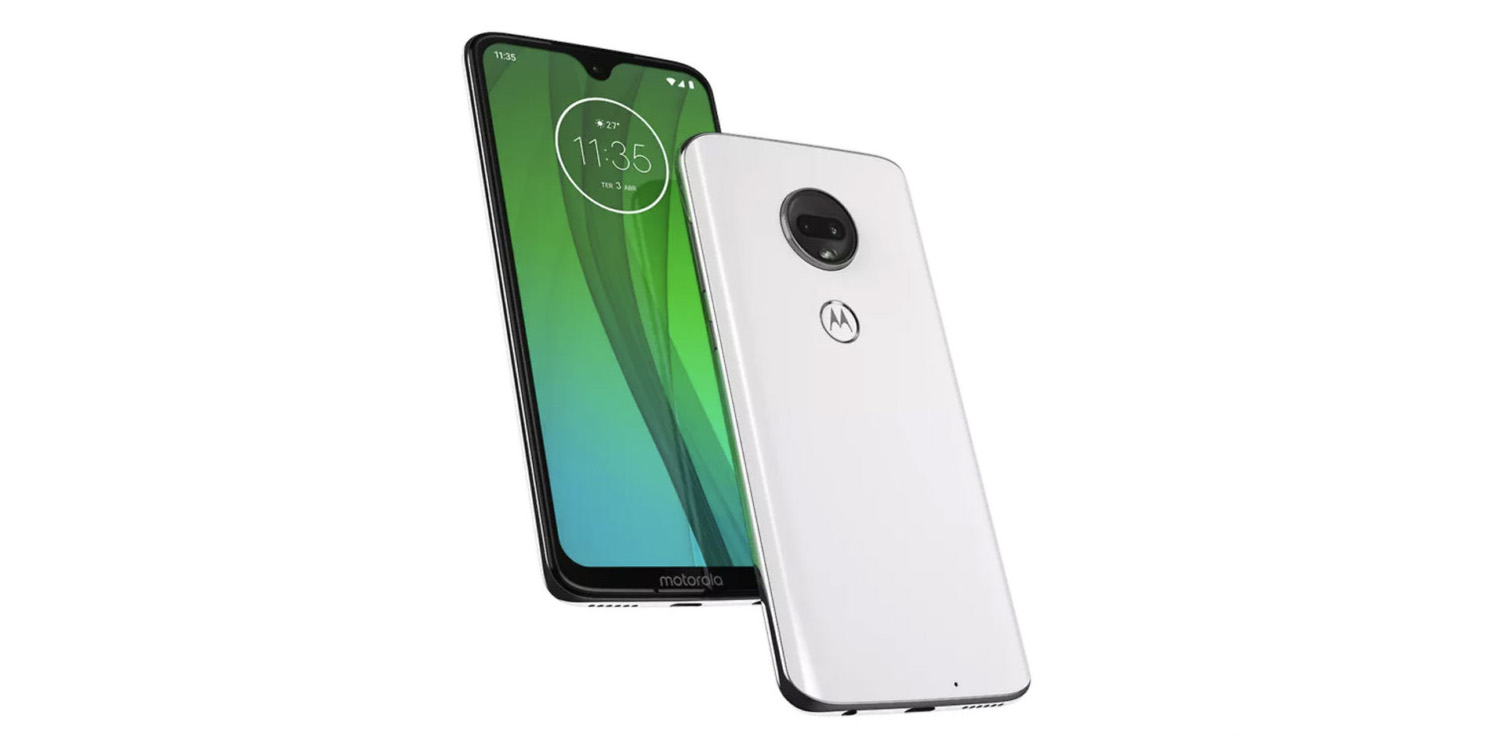 After weeks of leaks, the Moto G7 family has finally taken a step from behind the curtain into the spotlight with a four device lineup that includes the Moto G7, Moto G7 Play, Moto G7 Plus and Moto G7 Power.

All these devices have a few things in common, the Snapdragon 632 chipset. This processor is ideal for these mid-range handsets which all come with Android Pie pre-installed.

Not only that but all the new Moto G7 devices all include a headphone port and USB Type-C. However, none of the devices come with NFC unfortunately, so no Google Pay with any of these new G7 models.

But they all do include a rear-placed fingerprint reader under the Motorola logo for fast unlocks. 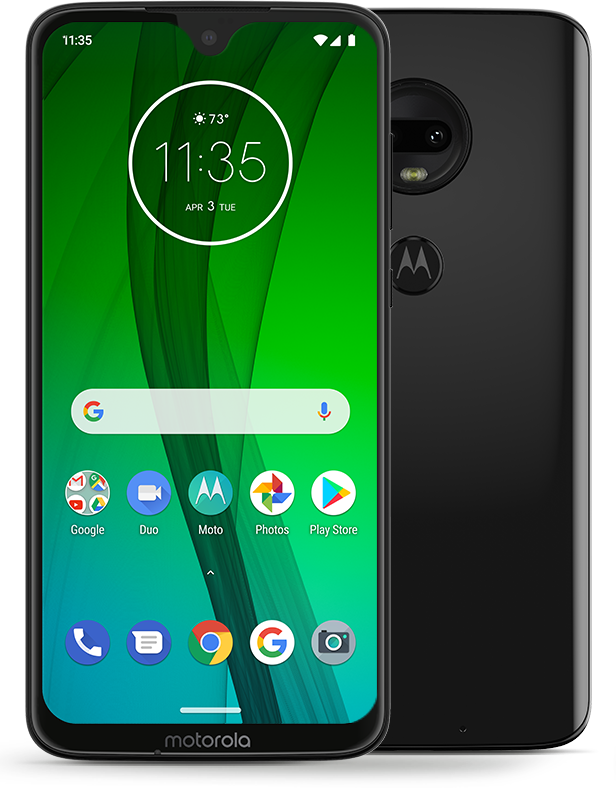 As for individual device specs, the Moto G7 being the main device in the lineup includes a 6.2-inch FHD+ display with a teardrop notch and 19:9 aspect ratio. That display has a resolution of 2,270 by 1080 pixels. Of course, that Snapdragon 632 is backed by 4GB of RAM and 64GB of onboard storage.

The teardrop notch houses an 8-megapixel selfie camera that includes a screen-based flash for brighter selfies in low light. At the back, the dual rear cameras include a 12-megapixel main sensor at f/1.8 and a secondary 5-megapixel depth sensor for portrait mode photography.

The battery measures in at just 3,000mAh, which seems a little small given the screen size, especially when you consider the size of the batteries in the other G7 devices. 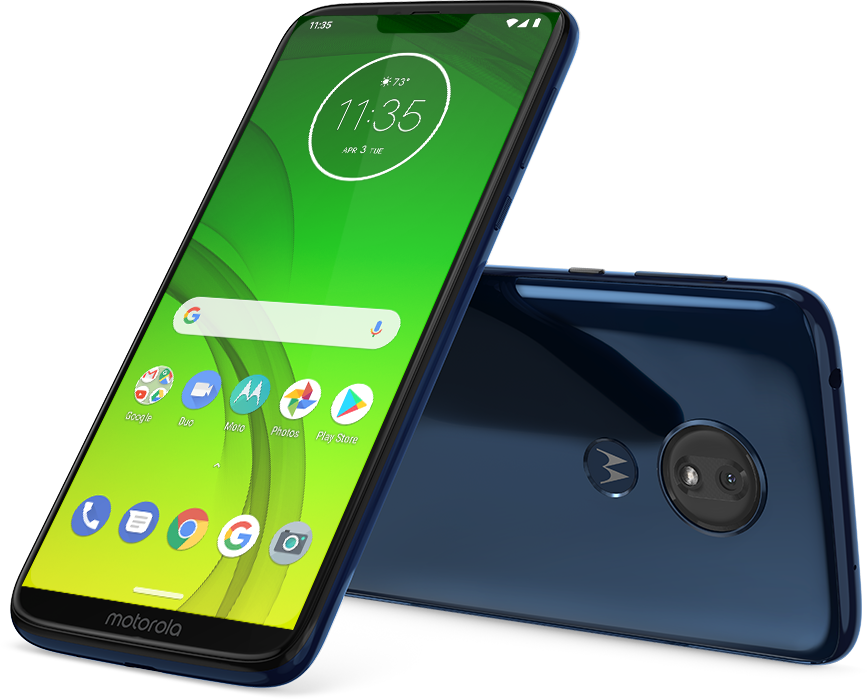 As for the Moto G7 Power, this device has a 1,570 x 720-pixel HD+ display that measures in at 6.2-inches but has a slightly different notch situation. It’s a little wider than a teardrop and resembles the notch found on the OnePlus 6.

Being called the G7 Power means that it has the biggest battery of the G7 lineup. It stacks up at a massive 5,000mAh and is said to last up to three days. This may be helped by the fact that the G7 Power comes with slightly less RAM at 3GB and 32GB of onboard storage.

The cameras are downgraded slightly too, with a single 12-megapixel sensor at f/2.0 and an 8-megapixel f/2.2 selfie camera housed in the display notch. Bokeh and portrait effects are handled by software due to the lack of a secondary depth-sensing lens.

As for colors options, you can get the Moto G7 Power in what Motorola are calling Starry Black and Deep Indigo. 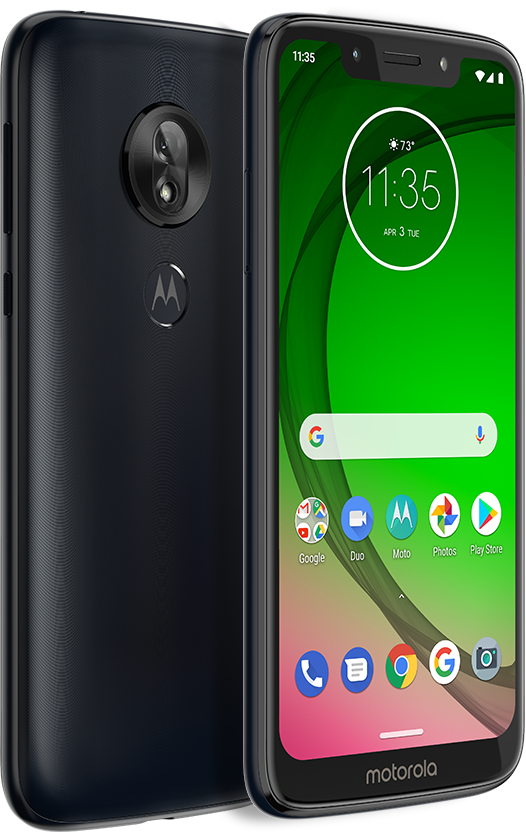 The Moto G7 Play is the cheapest of the newest additions and it is the smallest too. The display measures in at 5.7-inches and has a HD+ screen resolution of 1,570 x 720-pixels — the same as the G7 Power. It also has a wider notch than the G7 Power.

Inside the G7 Play you’ll find the lowest amount of RAM at just 2GB, whilst storage comes in at 32GB. The battery capacity is the same as the Moto G7 though at 3,000mAh.

Camera-wise the solo rear camera is a 13-megapixel shooter at f/2.0 and the front-facing camera is again the same as the Moto G7 Power at 8-megapixels with an f/2.2 aperture. 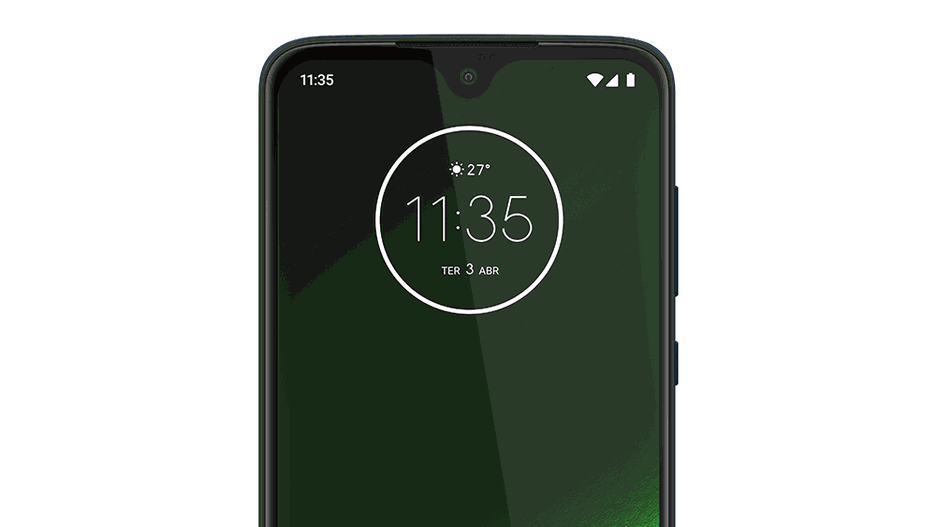 The final newly announced model is the Moto G7 Plus and it differs quite a bit from the rest of the lineup in terms of specifications. It comes with the Snapdragon 636 chipset with 4GB of RAM and 64GB of onboard storage.

It has the exact same 6.2-inch FHD+ notched display that comes with the Moto G7. It also has the same 3,000mAh which takes advantage of the fast 27W charging.

Cameras take a bump with a 16-megapixel sensor at f/1.7 and a 5-megapixel depth sensor for an improved portrait mode. This improved camera includes EIS and OIS, whilst the notch plays host to a 12-megapixel selfie camera that includes a ‘group selfie’ mode and even has slow motion video modes.

The Moto G7 family are now available in a few select regions including Mexico and Brazil. The G7, G7 Power and G7 Play are heading to Europe in the next few weeks, whilst it will head to North America at some point later this spring.

Like all previous Motorola Moto models, the pricing is very affordable with the Moto G7 starting at $299, the G7 Play at $199 and the G7 Power at £249. The G7 Plus, being the best model of the three will retail at ~$340 in select markets.