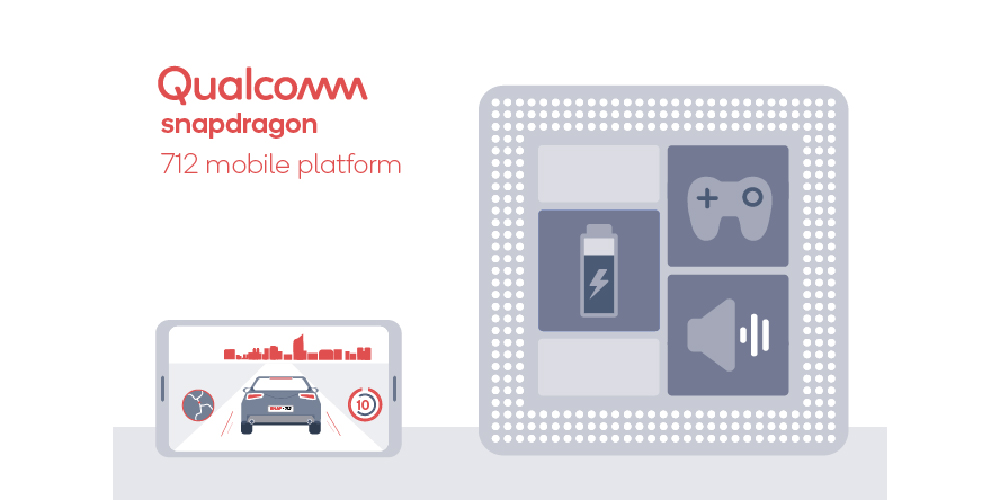 Qualcomm has unveiled the latest in its constantly growing chipset platform in the form of the Snapdragon 712. It offers increased performance, support for QuickCharge 4.0+, and improved Bluetooth audio among a few other minor improvements.

The chip is simply an incremental upgrade over the Snapdragon 710 and built on a 10-nm process. Qualcomm is claiming that the Snapdragon 712 provides a 10% increase in performance over the previous generation thanks to the slightly higher clock speed of the eight Kyro 360 cores.

The new cores now run at 2.3GHz rather than the 2.2GHz clock speed on the Snapdragon 710. Whether this makes a real-world difference remains to be seen, but it’s an upgrade nonetheless. Gaming performance should also take a bump with this new chipset.

The improved Bluetooth audio comes courtesy of the TrueWireless Stereo Plus and Broadcast Audio technologies that come to the Snapdragon 712. But arguably one of the best introductions will be that of QuickCharge 4.0+ for even faster-charging speeds on budget handsets.

All of the features from the Snapdragon 710 come to the 712 with the same Adreno 616 GPU and most of the other specs intact. That means support for dual cameras up to 20-megapixel or solo 32-megapixel shooters. The modem remains the same too, with Qualcomm’s Snapdragon X15 packed inside yet again.

Expect to see the Qualcomm Snapdragon 712 in many upcoming budget and mid-range handsets throughout 2019.