Hands-on: Tech21’s Pixel 3 XL keyboard case is a crazy gadget even before you learn how it works 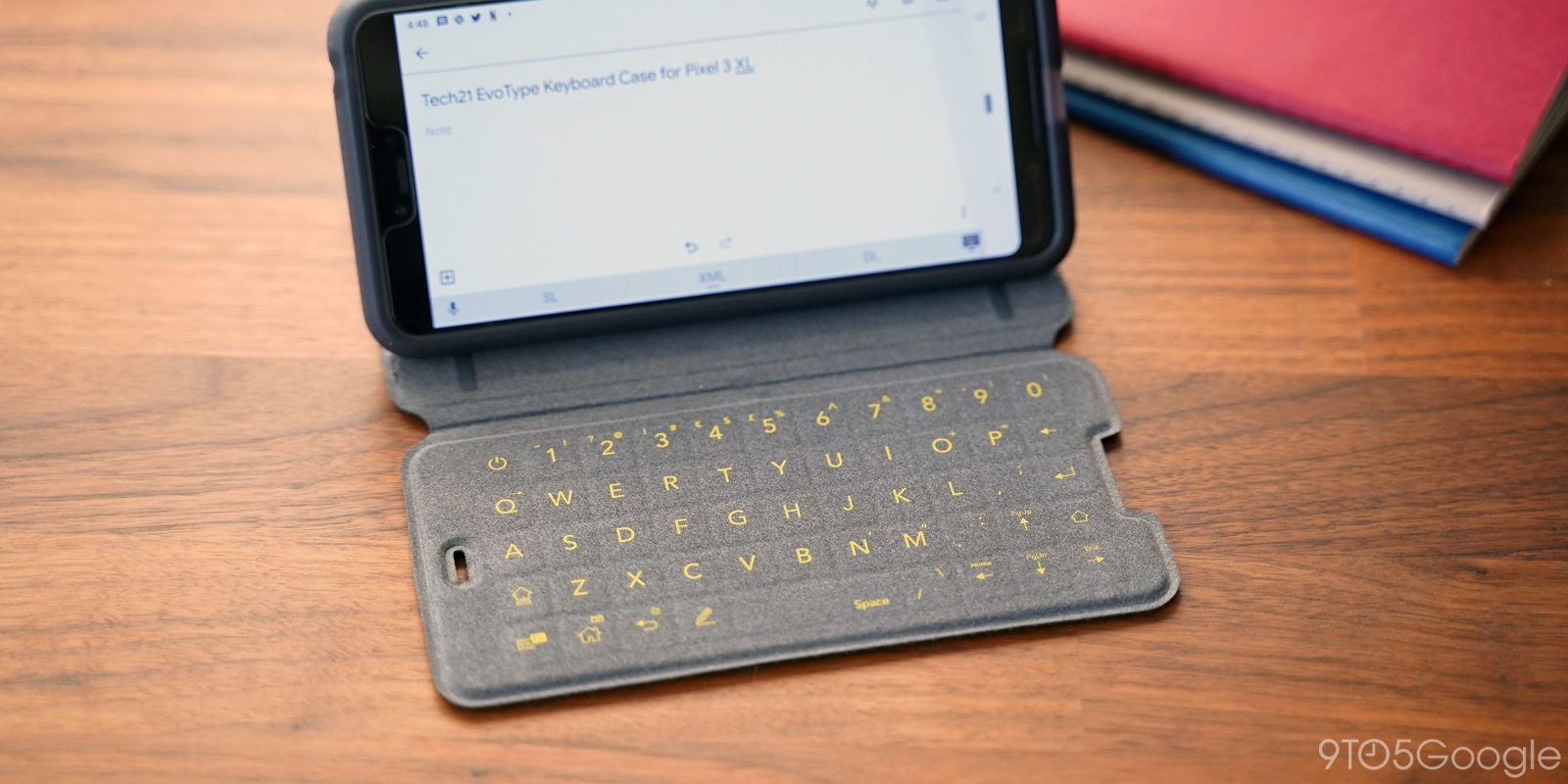 There are plenty of silly gadgets out on the market today, many of them a combination of necessity and unique technology. With its “Made for Google” EvoType case, that’s exactly what Tech21 has created for the Pixel 3 XL.

A Keyboard Case for a Smartphone – Why?

If you missed our previous coverage from CES 2019, the EvoType case from Tech21 is a keyboard case for the Pixel 3 XL. Disguised as a normal folio, the case slips onto your Pixel 3 XL and offers solid protection for the entire phone. Once you open the folio, there’s a second layer to open which reveals the keyboard. The keyboard uses capacitive sensors to recognize your keystrokes, and there are slight ridges between each individual key.

We’ll save a final verdict on typing with this keyboard for a full review once the EvoType actually launches for the Pixel 3 XL, but right now I can’t say much good about the experience. It doesn’t feel quite as natural as typing on your smartphone, and some of the layout decisions make it slightly hard for me to adjust. I’d say I can type at about 2/3 the speed on this keyboard as I would be able to on the phone’s display. 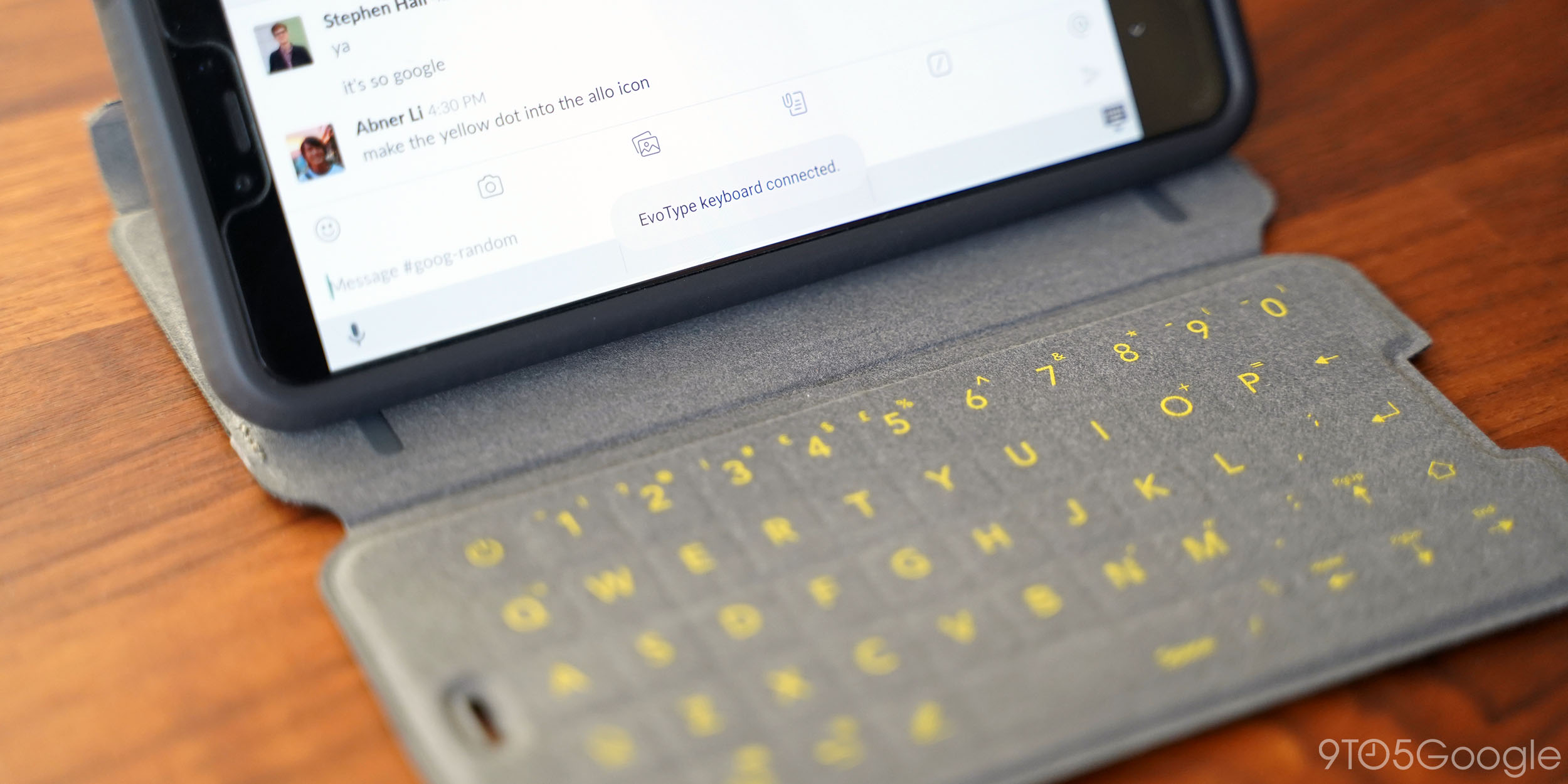 I’ll be frank here. This is a ridiculous piece of technology. Keyboard cases make all the sense in the world for a tablet, but most people just won’t get the utility out of a smartphone. This feels like a gimmick for most people, but at the same time, there is real utility here.

If you type out a lot of lengthy emails or notes on your smartphone while on the go, say a train ride or at a local coffee shop, and don’t have the option to carry a tablet or laptop with you, this case gives you more space on your phone’s display to get stuff done. As you can see in the comparison below, using this keyboard versus the one on screen gives you a lot more room to type in apps such as Google Keep.

In that light, the case feels much more useful. That’ll only be worth the $59 asking price for some users, though. What really fascinates me about the EvoType, however, is how it actually works. 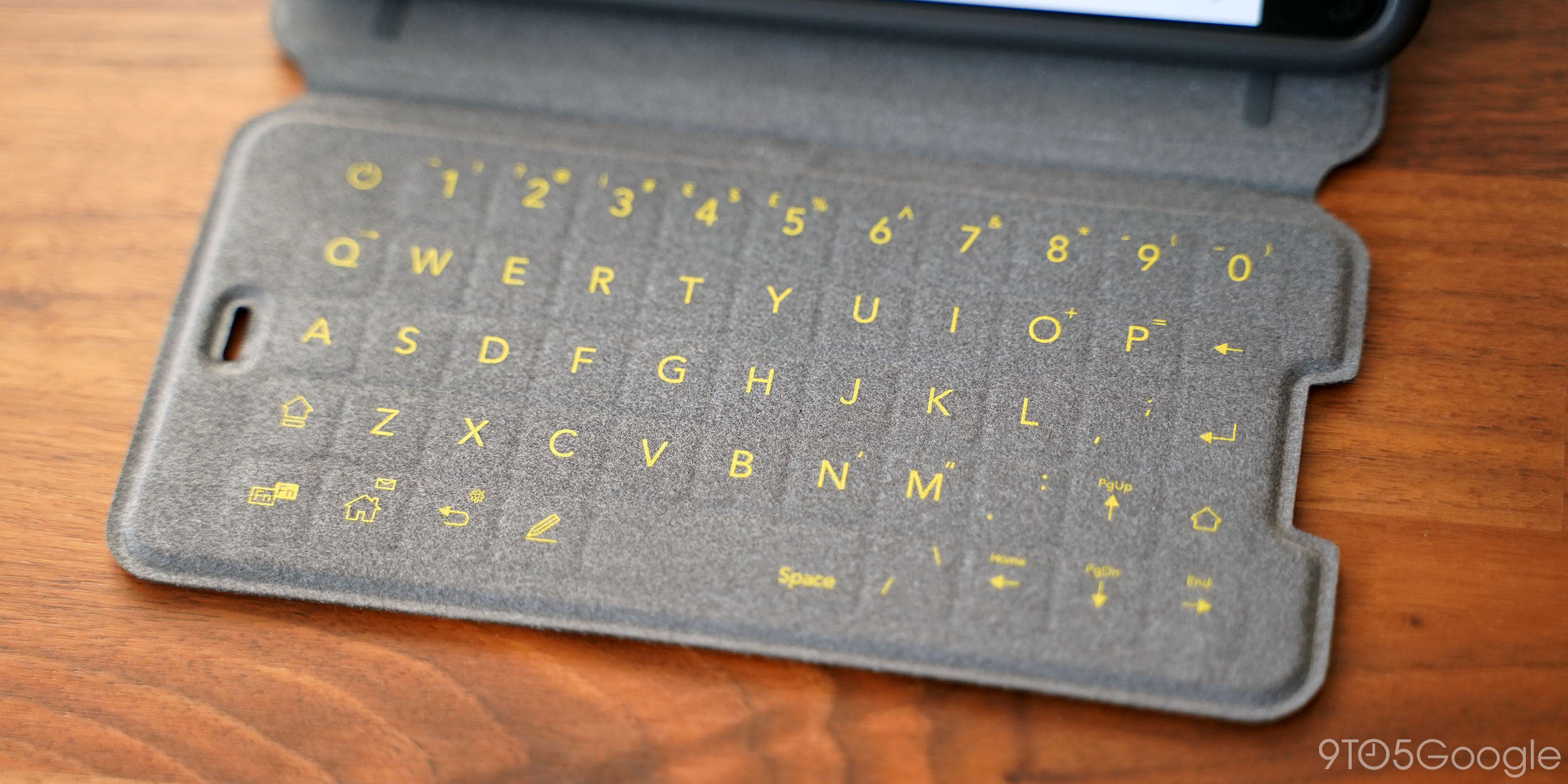 How EvoType Works Over NFC

When I was first told that the EvoType connects only over NFC and requires no battery or power connection to work, I was a bit baffled. “How on Earth would that even work?” was the first question through my mind. Now, Tech21 has provided answers.

Using an Android app installed on the Pixel 3 XL, the EvoType keyboard case can accept data from the keyboard. It uses the NFC radio in the phone to scan the state of the capacitive keys on the keyboard itself every 20 milliseconds. The packets are received and processed by the app every 40 milliseconds or so and it then processes what keys have been pressed and can even tell if a combination of keys are being pressed.

The whole capacitive touch keyboard is scanned every 20 milliseconds or so. These scans gather information about the state of the keys. Which keys are currently pressed and which are registering a proximity. In this stage the keys are represented by simple key codes. The results of these scans are sent to the phone using a communication protocol designed for this purpose. This communication is a bit slower than the capacitive touch scanning, about one packet every 40 milliseconds, so one of these packets can contain several keyboard scans. 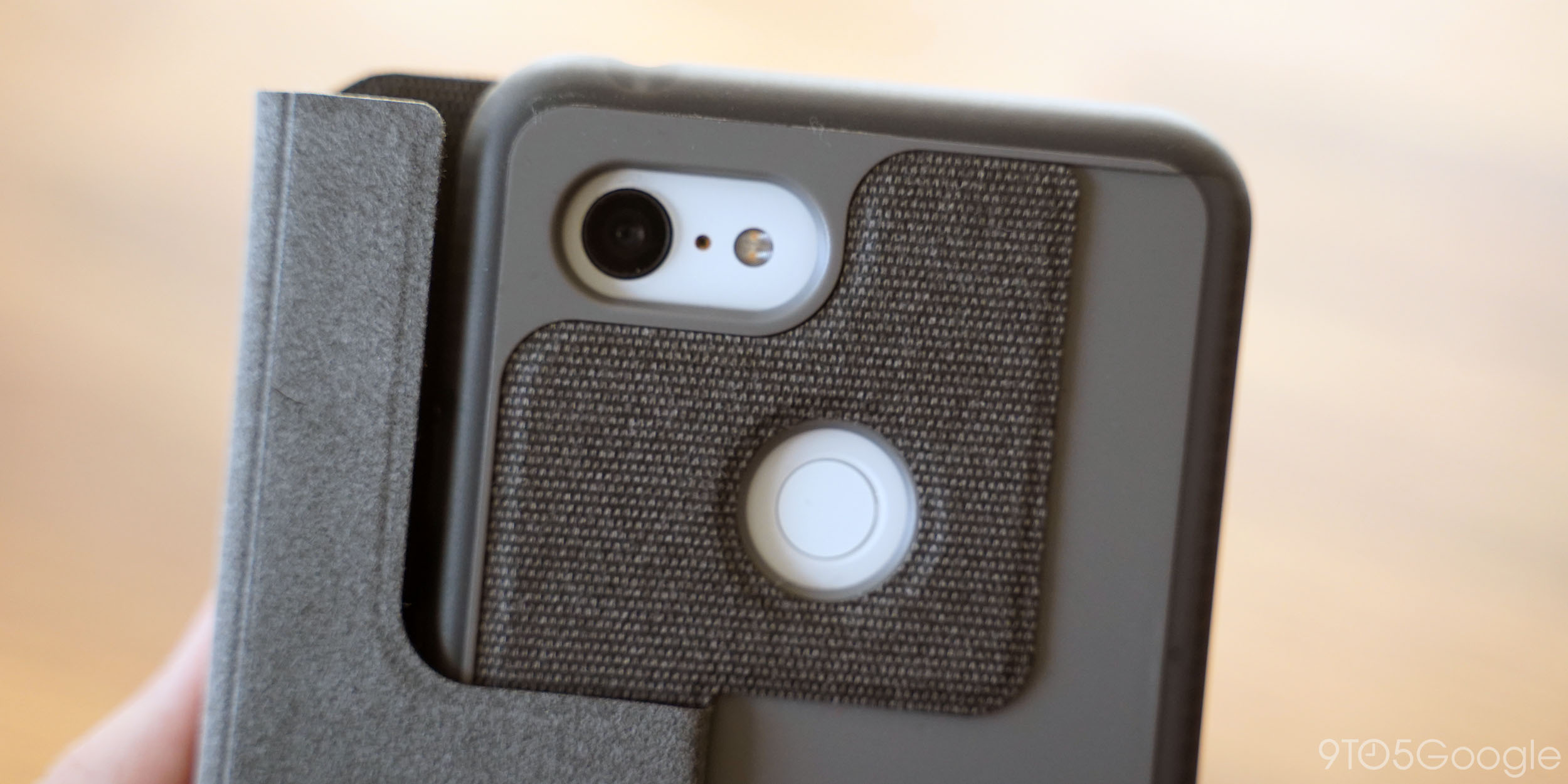 The EvoType covers over the Pixel 3 XL’s NFC sensor

Tech21 partnered with One2Touch to create this app and tells me that the keyboard itself acts as an NFC forum type 2 tag. Since it uses a standard NFC protocol there is, in theory, nothing stopping the same tech from being used on other Android smartphones as well.

The EvoType keyboard case for the Pixel 3 XL is set to go on sale sometime this Spring for $59. At that time, we’ll have a full review of the product available. 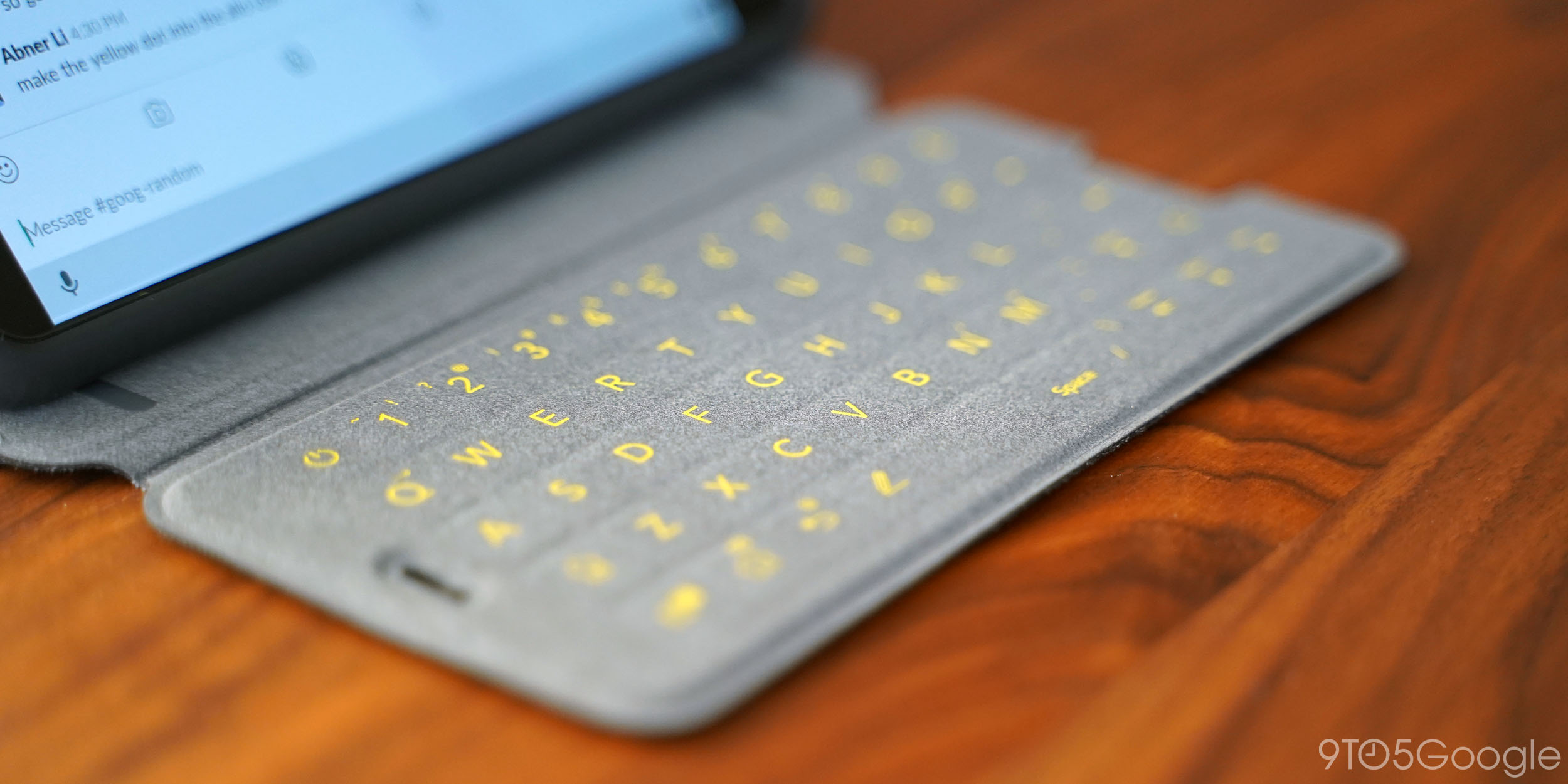 More on “Made for Google” products: