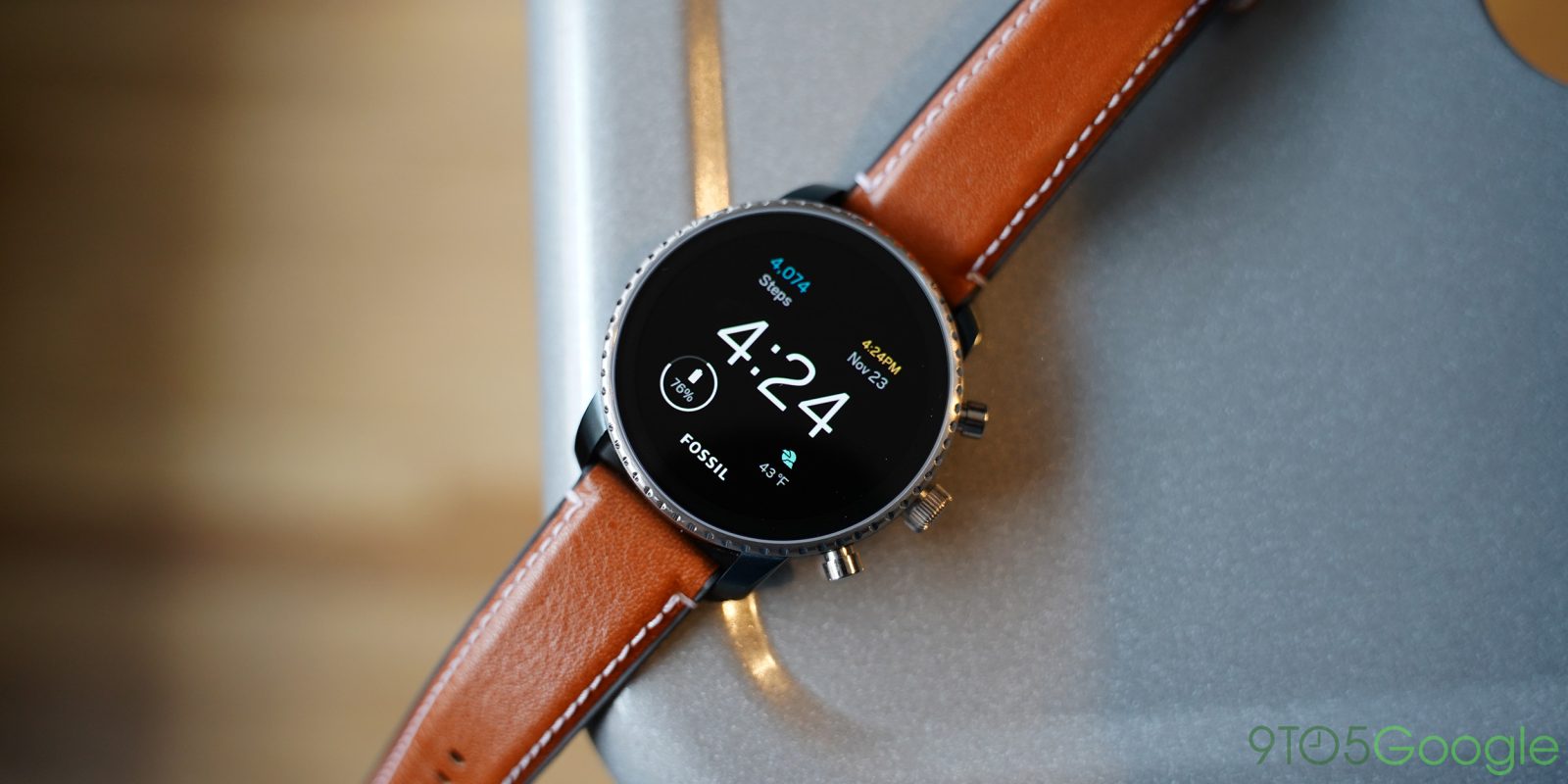 Back in 2014, Google gave us so much excitement and hope with the debut of Android Wear and futuristic looking watches like the Moto 360. A few years later, the platform has gotten a new name in Wear OS, but it’s also a mess. Now, it seems Google is preparing to take wearables seriously, so what do we actually want from a Pixel Watch? Here’s my wishlist.

A Design That Still Looks Like a Watch (With Different Sizes)

One of the things I loved about Android Wear from the start and that I still love about Wear OS down to today is that the watches, actually look like watches. Sure, there are some distinct traits of a smartwatch that a traditional option simply doesn’t have, but overall the look is pretty similar. Move over to the Apple Watch and you’ve got exactly the opposite situation. That’s not to say anything bad about the incredible piece of hardware that the Apple Watch is, but it just doesn’t look like a watch, and I kind of hate that.

For a Google Pixel Watch, I’d love to see a design that is distinctly Google, but still reflects a traditional watch. I think Fossil has done a great job over the past year in this department, especially with the Fossil Sport. That watch has a versatile design which still looks fairly traditional. If anything, I’d love if Google just cloned that hardware.

But, there’s one key thing I think Google really needs to do with the Pixel Watch hardware, and that’s the size. Pretty much every Wear OS watch on the market currently is either too physically large for most wrists, or it’s too thick. Worse, some are both in all of the wrong ways. I’d really like to see Google set an example and release a properly small Pixel Watch size that doesn’t compromise on features or battery life, at least not too much. 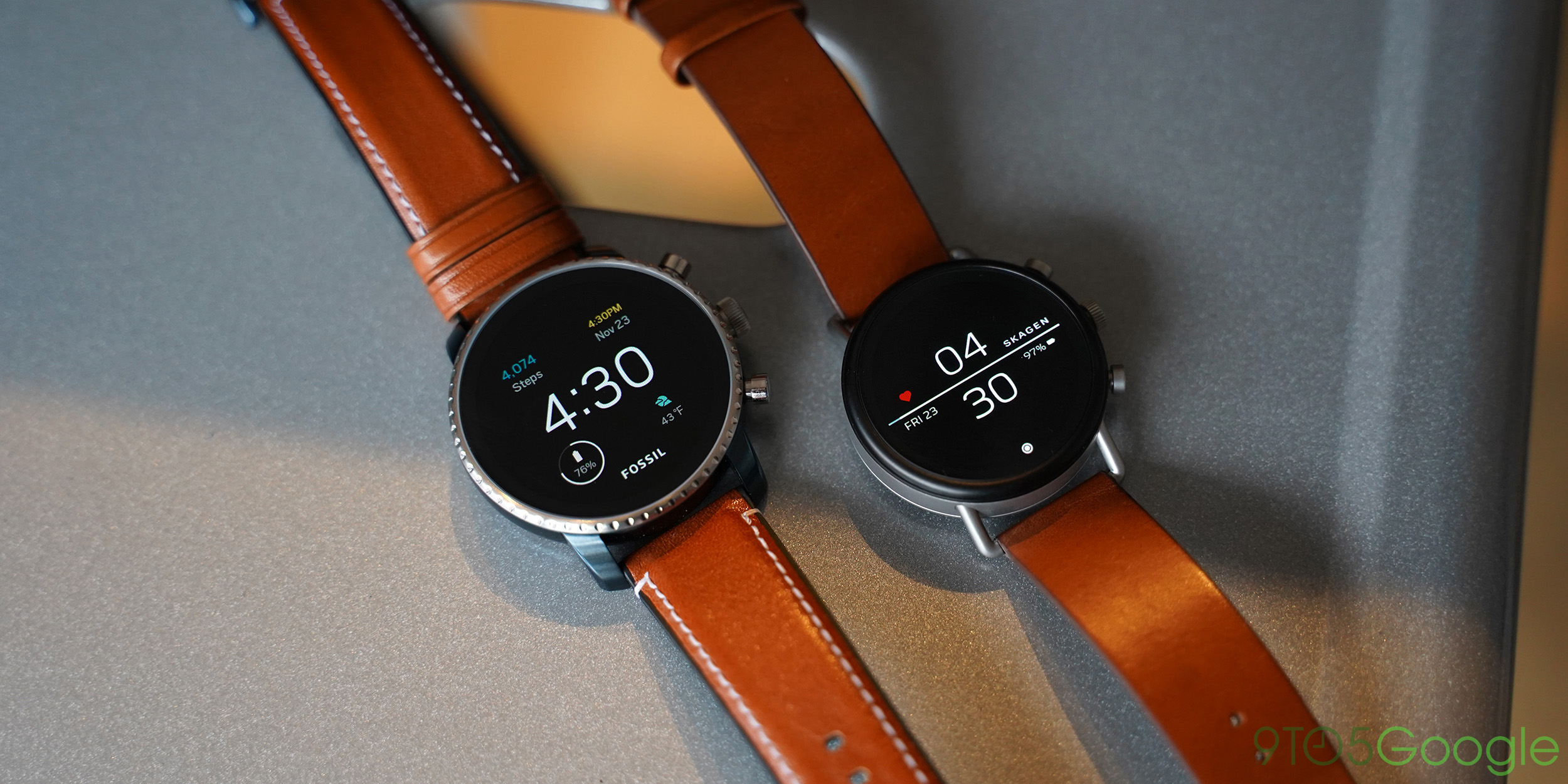 Don’t Hold Back on Specs

Another thing Google needs to do to craft a good Pixel Watch is to not hold back on what powers it. Most Wear OS watches at the moment run on minimal specifications and outdated internals, and the Pixel Watch would be a great place to change that.

Looking across the board at most watches in the category, there’s 4GB of storage and 512mb of RAM. Combine that with the ancient design of both the Snapdragon Wear 2100 and 3100, and you’re left with a serious performance bottleneck. To show what its platform is truly capable of, Google needs to at least compensate for the chipset by including more RAM.

Battery life is another key spec that can’t be ignored. Most Wear OS watches that don’t have some fancy extra tech only last a day. There are some exceptions, like the Ticwatch C2, but for the most part, they’re disappointing. This is something Google simply can’t neglect. A decently sized battery with some serious software optimization needs to be a focus here. 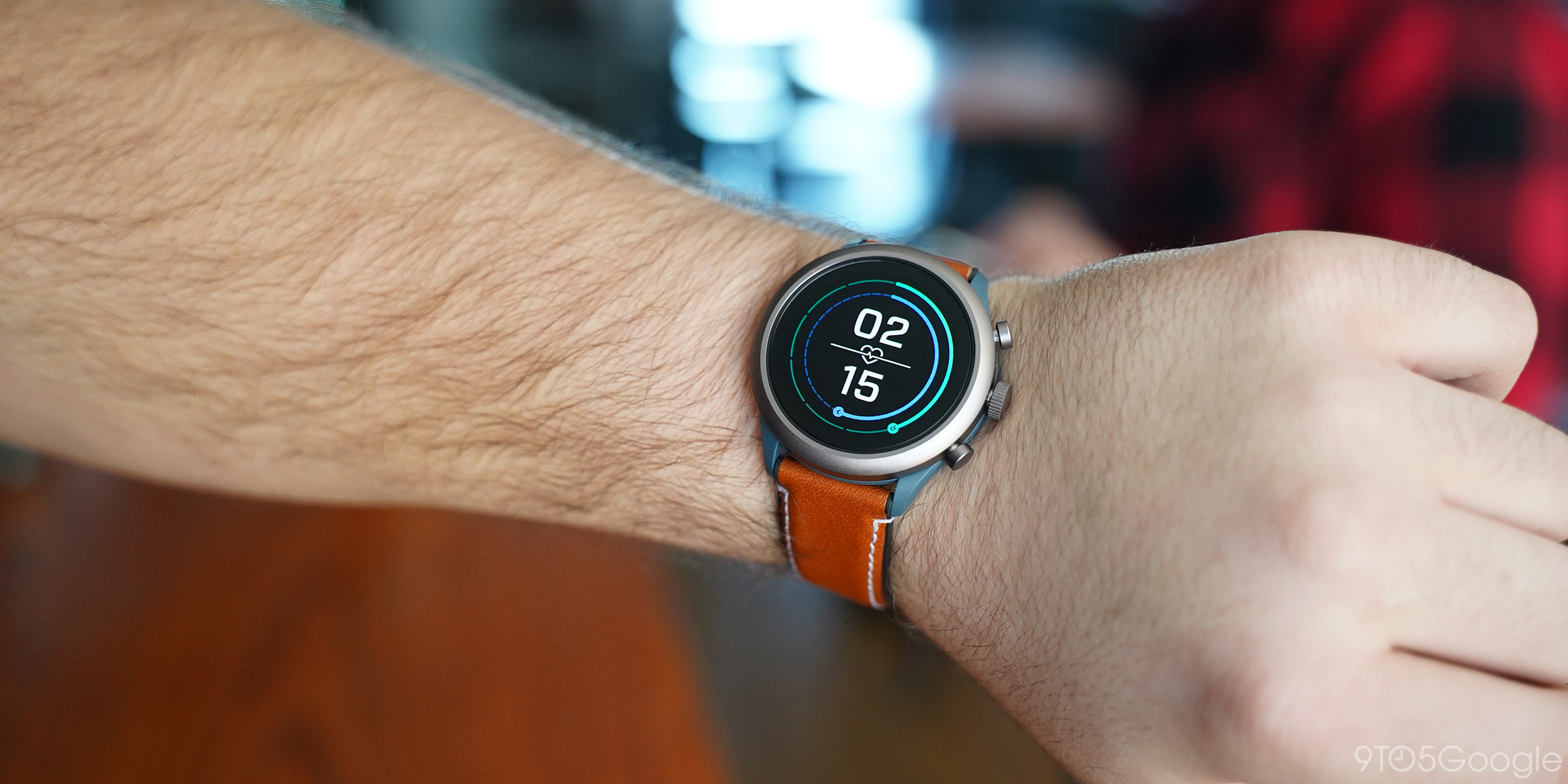 One thing that most people look down on Wear OS for is how it handles health features. The package is, unfortunately, quite minimal. You can read a heart rate, track steps, and that’s pretty much it. For a Pixel Watch to turn heads, Google needs to up their game here.

Luckily, the company has a ton of work in this arena. Verily, another company under Alphabet’s roof, has been working on health tech for years now, and they’ve managed some pretty impressive accomplishments. Most recently in the wearable space, the FDA cleared Verily for an ECG feature on a watch, something Apple has made headlines for on its Series 4 Watch. 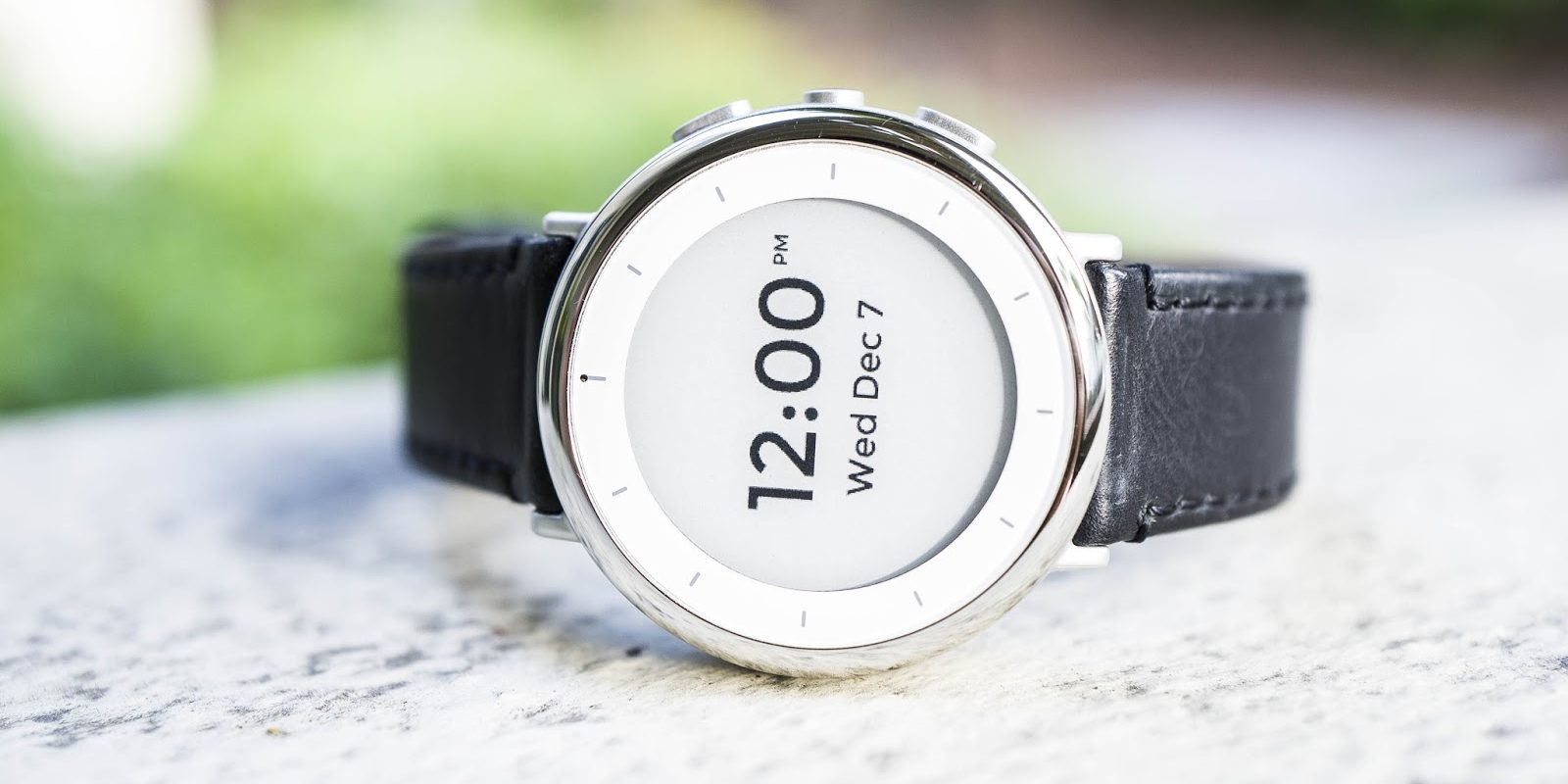 If Google were to pull from Verily for a Pixel Watch, I think they’d get a lot of attention. Even if it was second to bring an ECG to a consumer smartwatch or just used that technology to make Wear OS more accurate and flexible with activity tracking, it’s a win.

Here’s where my wishlist gets a bit more wishful and less realistic. To truly stand out on its own, a Pixel Watch needs a new chipset to run the package. Qualcomm’s wearable offerings are, to be frank, terrible. Both the three-year-old Snapdragon Wear 2100 and the brand new 3100 are based on the same ancient technology that was used in budget smartphones back in 2014.

Hands-down, the biggest bottleneck of any Wear OS watch is the chipset, and that’s why alternatives like the Apple Watch and Galaxy Watch feel so much faster. If Google does produce its own Pixel Watch, I’d be disappointed to see it running on Qualcomm hardware. Of course, it’s not like MediaTek is any better, but Google is at the point where they can develop their own chipsets. After all, it’s not like they’ve not done it before.

The other big change Google could make to bolster up its own Pixel Watch could be to introduce a new version of Wear OS with it. While some may think this means swapping out the interface completely, I don’t think that’s actually necessary. Wear OS in its current form is actually really intuitive and easy to use. 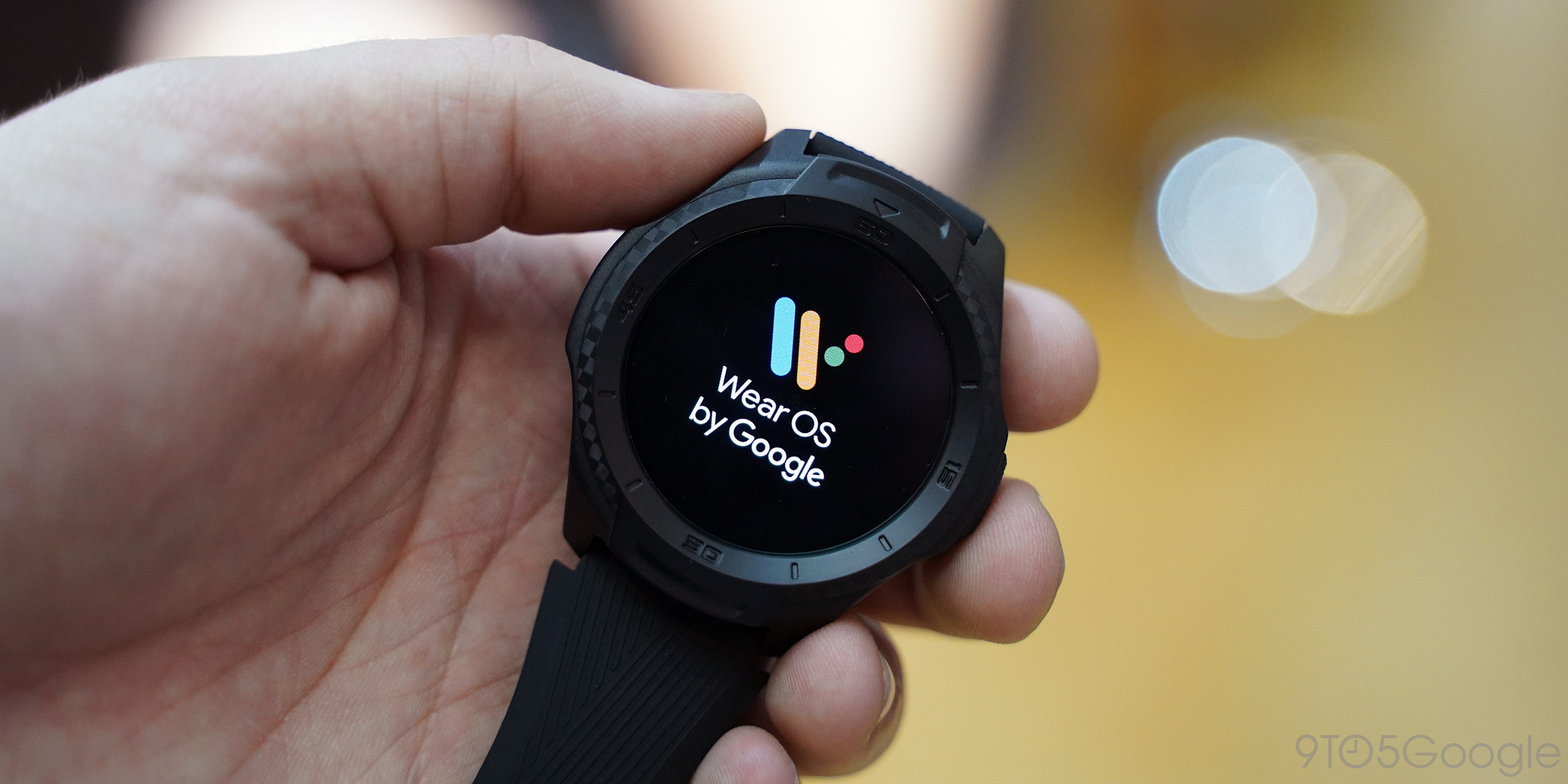 Wear OS on the Ticwatch S2

The problem with Wear OS right now comes back to performance. Apps are slow to load and slow to perform. For example, it shouldn’t take over 30 seconds for the Maps application to fully load, nor just shy of 10 seconds for the Play Store to launch. A lot of this would be helped by a new chipset, but it also needs better software to back it up. Some progress is being made on that front with “Update H,” which promises to add the sorely needed functionality of resuming apps instead of closing them when the screen times out every 10 seconds.

Realistically, the current version of Wear OS is actually a good foundation for a Pixel Watch. Google made serious improvements in 2018 that make it better to use, but that doesn’t mean it’s perfect yet. A lot can still be done to make it more of a “delightful experience” as my colleagues say about the Apple Watch.

One of the areas the Apple Watch really gets it right that other brands seem to neglect is the accessory ecosystem. Of course, a big part of that is just the sheer number of brands that want their name on Apple accessories, but it’s also Apple’s partners too. For the Apple Watch, there’s no shortage of official partners for bands and charging accessories. Big names such as Hermes offer Apple Watch bands and, in the Wear OS world, you just don’t find that.

Of course, basically every Wear OS watch uses a standard connection for bands. 18mm, 20mm, and 22mm bands are common here and that opens these watches up to basically every watch band already on the market. When Google brings the Pixel Watch to reality, though, I’d want to see Google push its partners into making bands that are sold right alongside the watch. Nomad, for example, produces my favorite Pixel 3 case as part of the Made for Google program, but its Apple Watch bands are still solely for the Apple Watch.

If you’ll recall, Google did once dive into this with its special “MODE” bands, but those quickly flopped mainly because no big names joined the program. Hopefully, Google can get its partners involved if first-party hardware is finally involved. That’s not to say first-party accessories aren’t crucial too, though. Apple’s in-house Watch bands are some of the best for the wearable, and being able to buy your watch and get one of those out of the box is something we often don’t see on Wear OS.

On the charging accessory side, this is also a no-brainer. Implement wireless charging on the watch, create a dual wireless charger that powers up a Pixel 3 and Pixel Watch. It’ll probably still beat AirPower to market.

Earlier this year, Google invested $40 million into acquiring some new technology, IP, and some employees from the biggest name in Wear OS, Fossil. We still have basically no idea what that tech is, but it’s strongly hinted that it is some sort of health tech that comes from Misfit.

Whatever this new technology is, Google clearly sees value in it and, more interestingly, it’s something they say we’ve never seen in the category before. In my mind, that just means it’s got to be something good and it would be foolish not to include it in a Pixel Watch.

What Do You Want From A Google Pixel Watch?

If recent job listings are any indication, Google is preparing to finally start taking wearables seriously. With that being the case, it’s easy to assume that a Pixel Watch is in the pipeline somewhere. I’ve made my wishlist pretty clear, but what about you? What would it take for you to buy a Pixel Watch? Let us know in the comments!