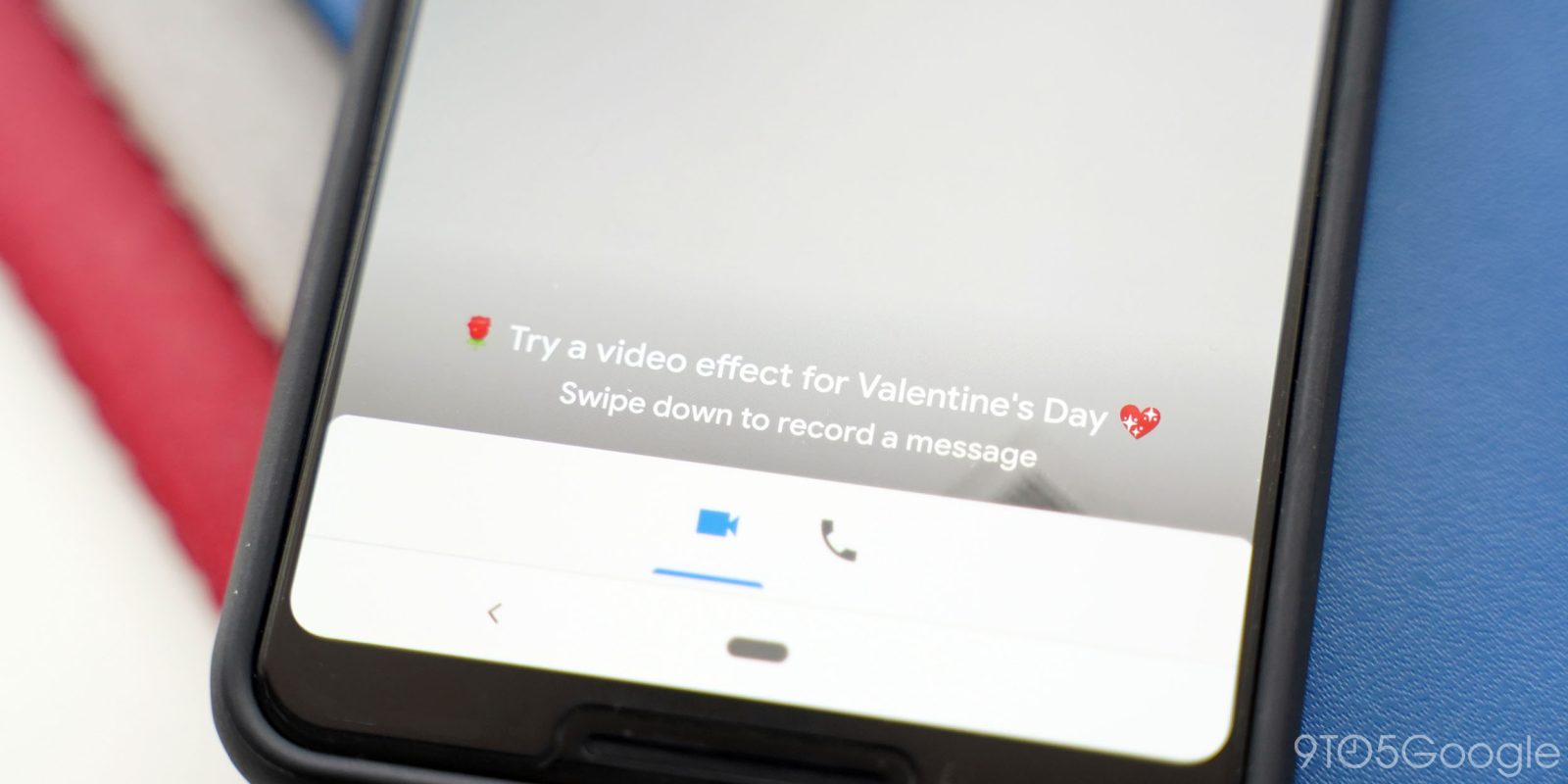 Later this week is Valentine’s Day and if you’re a Google Duo user, the app just added a special treat for sending video messages to that special someone in your life. A new Valentine’s Day effect in Google Duo applies the first filter to the app for adding hearts to your message.

First spotted back in version 46 of Duo in our APK Insight series, this new video effect is the first time we’re seeing Duo use filters for video messages. Rolling out now, a brief prompt on the main Google Duo screen tells users that they can “try a video effect for Valentine’s Day.” A quick swipe down to Duo’s video message UI then gives the option to toggle on or off the video effect.

When applied, this video effect adds floating hearts to your video message that surround you. These hearts primarily appear in the foreground of the video, but some also notably appear in the background. In my brief testing, I noted that they appeared to come from behind my shoulder and head. It’s unclear exactly what Google is using in Duo to detect the edges of a person and make the hearts appear to come from behind, but it’s likely machine learning and the effect itself is quite convincing.

Notably, this effect can’t be applied to a live video call. For now, it seems these filters, or at least the Valentine’s Day one in particular, are restricted specifically to video messages.