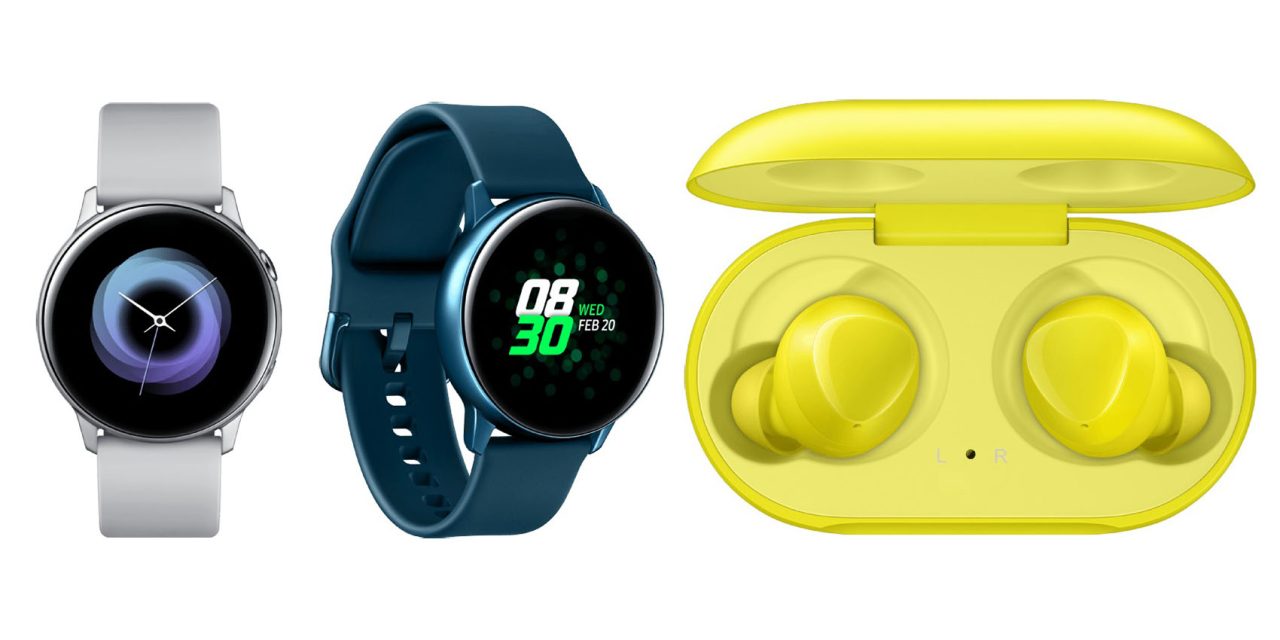 Tomorrow, Samsung is set to officially unveil a plethora of new products, and the company hasn’t done the greatest job in hiding those secrets. We’ve already seen tons of leaks of Samsung’s Galaxy S10 family, as well as its new watch and headphones. In the latest leak, though, the Samsung Galaxy Watch Active and Galaxy Buds get pictured from all angles and leave nothing to the imagination.

Courtesy of the folks over at WinFuture, the Samsung Galaxy Watch, in particular, has basically nothing to hide at this point thanks to this leak. The new smartwatch gets pictured from every angle in all four colors – Black, Silver, Blue, and Rose Gold.

There’s not much new to gather from these images, but we can see that Samsung is using the same heart rate sensor from the standard Galaxy Watch, and just like that watch there are only two physical buttons. Given the proportions at play, I’d also speculate that the Galaxy Watch Active uses a 20mm connection for straps instead of the 22mm found on its big brother.

In a further gallery of images, we get another big leak of the Samsung Galaxy Buds. The company’s new truly wireless earbuds have a design that’s still very similar to what came before, but there are a few new changes we can see in these images. For one, the power connection is still a pin, but it’s only two instead of four like the Gear IconX. It seems like they might be easier to align.

Also, there’s the vivid Canary Yellow color variant that seems to be aimed at matching the Galaxy S10e variant of the same shade. It’s not my cup of tea, but if you want your earbuds to stand out, this is definitely one way to do it.