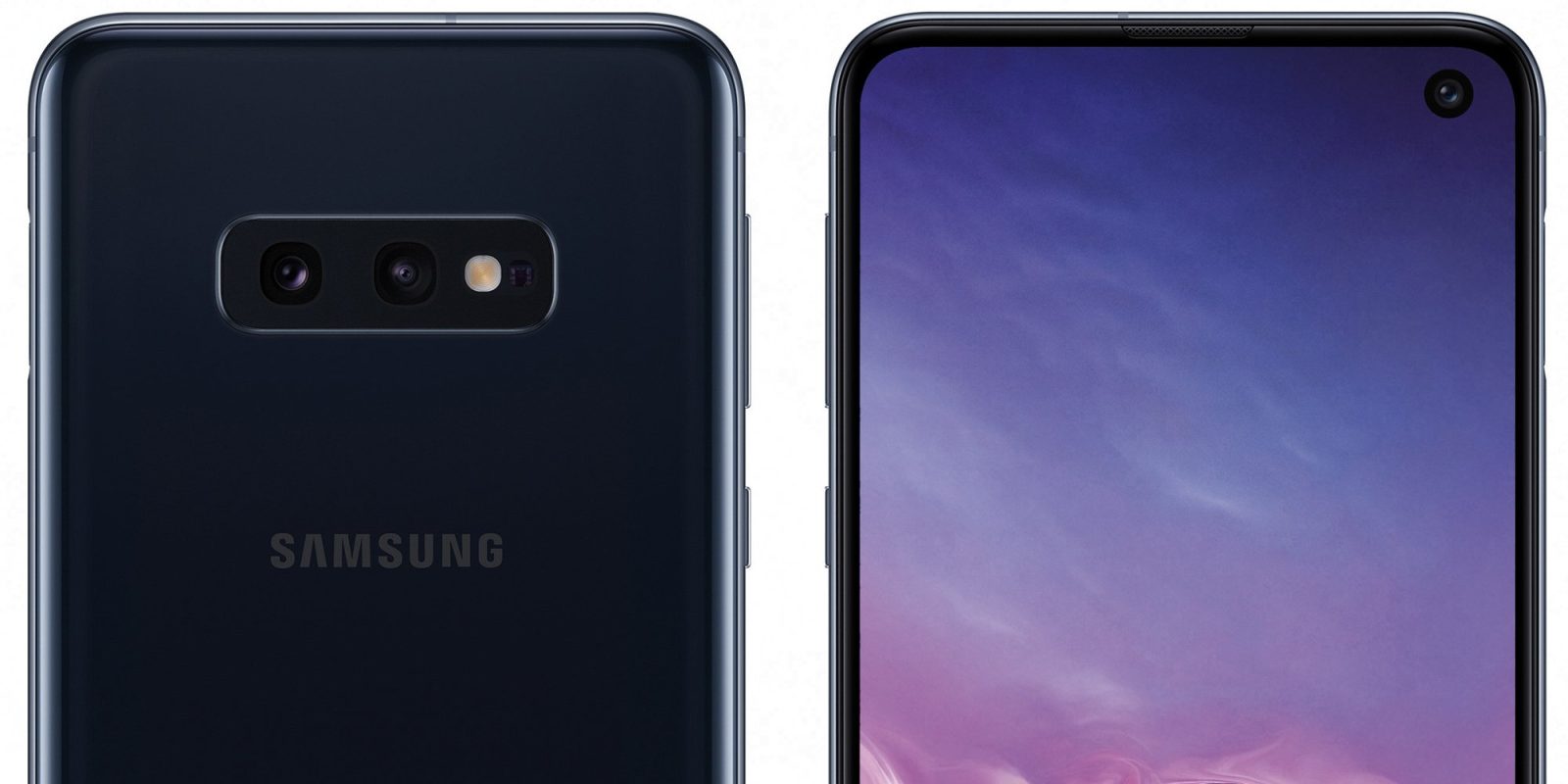 Many companies are eyeing the market for more budget-friendly devices and releasing slightly lesser versions of their premium flagship phones. At Unpacked 2019, Samsung is the latest to try and tap into the success found by the iPhone XR, with the Galaxy S10e, the first budget-friendly phone in the Galaxy S series.

Like it’s bigger siblings also announced today, the S10 and S10+, the Galaxy S10e features an Infinity-O display with its signature holepunch style notch for the front facing camera. Even beyond that, it’s very easy to see the Samsung family resemblance among the devices.

The most important difference in the Galaxy S10e is, of course, the price, starting at a retail price of $749, or $150 less than the standard Galaxy S10. This price difference was achieved by downgrading certain specs. For example, the Galaxy S10e has a slightly smaller 5.8-inch display, which measures in at 438ppi, to the S10+’s 6.3-inch 550ppi display. The Galaxy S10e also only uses two rear cameras, compared to the triple-camera arrangement found on the S10 and S10+.

Despite the S10e’s clear downsides, the device is still most definitely in the S10 family, sharing major features like fingerprint unlock (though not in-display), wireless power sharing, and WiFi 6 support.

Between the high-powered processor and availability with up to 8GB of RAM and 256GB of storage space, the Galaxy S10e is still placed firmly in the “flagship” category.

The Galaxy S10e will be available for purchase on March 8th, and is available in 6 colors, including the vibrant Canary Yellow to match the Galaxy Buds also announced today. 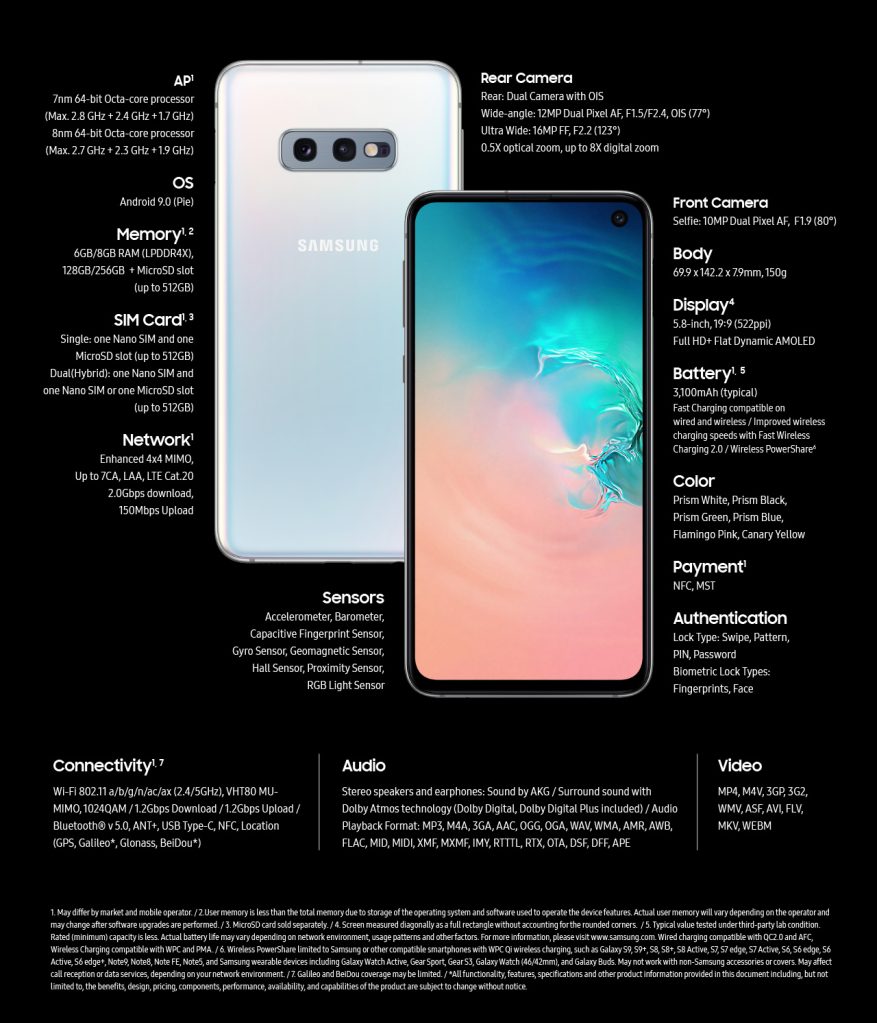