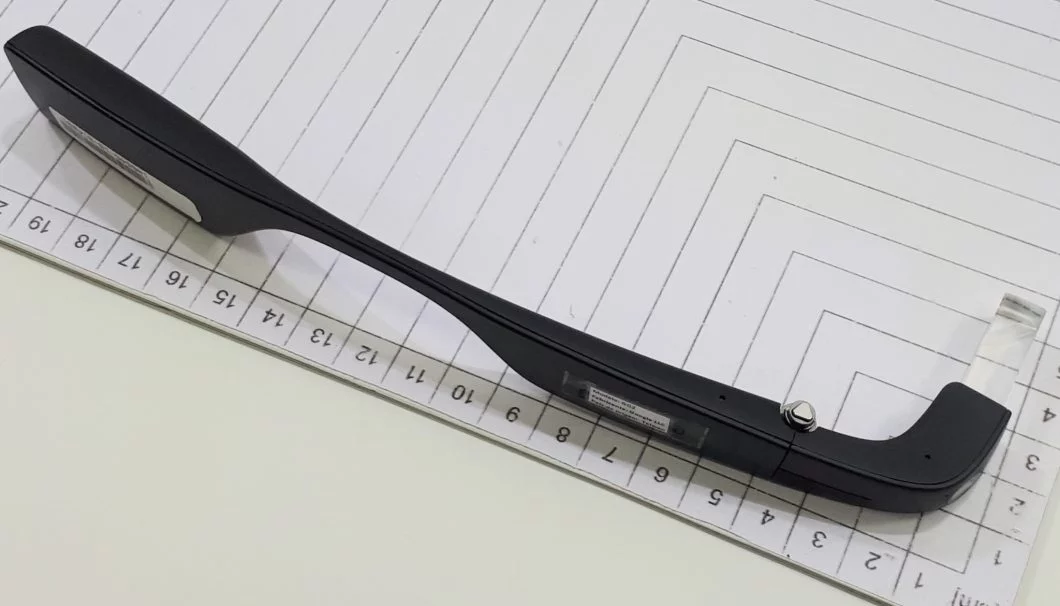 If you haven’t been following (which, honestly, I don’t blame you), you might not know that Google has yet another Google Glass in the works. Following up on the original Explorer Edition, the company rolled out its first Enterprise Edition of Glass publicly in mid-2017. Now, the first images of the followup to that device have surfaced on the web…

We’ll call it Google Glass Enterprise Edition 2, if for no other reason than we don’t have anything else to call it. We first told you about the device in a tweet last fall, and a month later, it got its FCC certification. Not long after that, a Geekbench benchmark confirmed what we initially reported — that this is mostly just some spec bumps and tweaks on the first Enterprise Edition.

That benchmark is pretty much all we have to go off of to know what might actually be inside this thing. The device apparently has a Snapdragon 710, an integrated LTE modem, support for Bluetooth 5.0 and 802.11ac Wi-Fi. And as for its camera, it supposedly has a 32MP sensor that does 4K video captured at 30FPS or 1080p at 120FPS. There’s also 3GB of RAM, and it apparently runs Android Oreo.

The most obvious external hardware change is visible for the first time in these photos, though. Google Glass has, since its first iteration, used a magnetic pin-based system for connecting its charging/data cable. Now, as you can see, there’s a single USB-C port on the rear of the device.

How do we know that the photos you see below are actually that of the second generation Enterprise Edition? The model number is a pretty significant giveaway for one. The original EE had model number A4R-GG1, and this one has A4R-GG2, as revealed by the FCC last year. As you can see in the images below, there’s a sticker on the device itself that clearly labels it at GG2.

It’s not clear where these photos came from, but they look a lot like standard issue FCC photos. Those are set to go public on May 11th, as that’s the day that confidentiality for A4R-GG2 external photos drops.