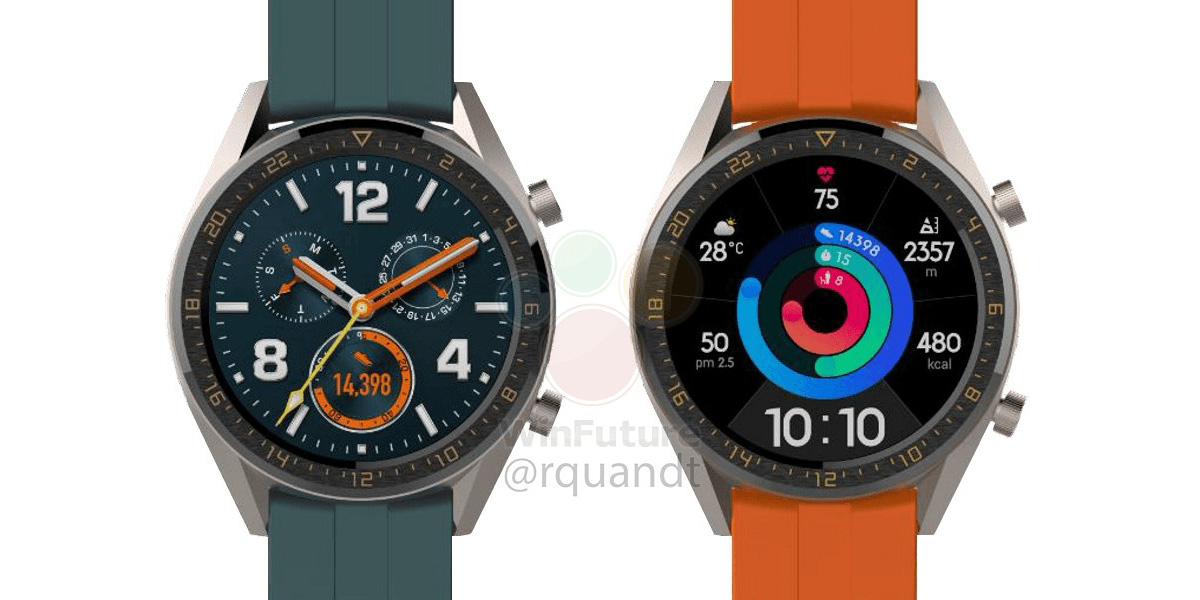 As far as Android smartwatches go, battery life is the biggest issue. The Huawei Watch GT rides the line between a proper smartwatch and a fitness tracker, and now it’s reportedly getting new Active and Elegant variants.

According to WinFuture, Huawei is preparing to launch the Watch GT in two new styles. The first of those, pictured above, would be dubbed the Huawei Watch GT Active. This variant has some slight design changes from the standard version of the watch including a lighter tone for the bezel. The leaked renders also show off green and orange bands.

Both the Huawei Watch GT Active and Huawei Watch GT Elegant will apparently have the same 1.39-inch OLED display as the standard model, although the latter has yet to be pictured. Apparently, that model will be available in Black and White colors.

Interestingly, the pricing reported for these variants is the opposite of what you probably expected. The Active will apparently cost 249 euros while the Elegant will cost 229 euros. That’s subject to change, but it suggests that the Active may add on some extra health sensors. By comparison, the standard Huawei Watch GT costs 199 euros ($199 USD in US).