Review: Huawei Watch GT a smartwatch without the brains [Video] 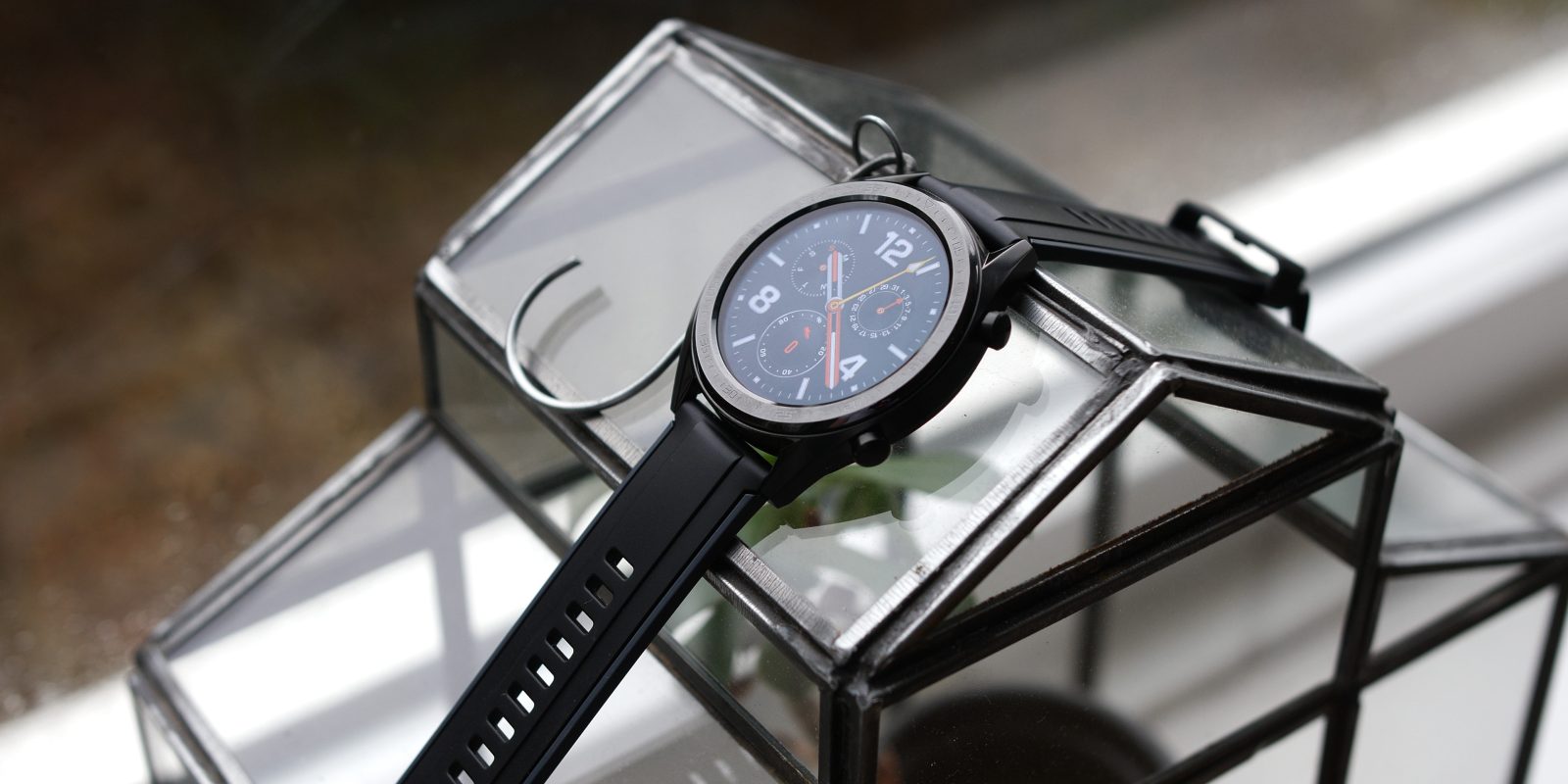 Huawei has made some superb smartphones this year, with the Huawei Mate 20 Pro being one of the standout devices on the market. Smartwatches are another area the company has doubled down in, but not with our preferred Wear OS. Instead, the Huawei Watch GT has gone down the Samsung route, favoring its own LiteOS smartwatch operating system.

The major problem is that this poses a few issues with the ecosystem as the Huawei Watch GT is unable to run a number of core applications that any with Wear OS pre-installed can. Although that might be considered a downside, Huawei has touted the LiteOS powered smartwatch to have an unbelievable 30-day battery life.

It’s a great claim, although only having had the watch for a couple of weeks I can’t quite conclusively prove it. That said, it hasn’t needed too many charges, since I’ve been riding a full charge since receiving my review unit. For what it’s worth, after around a week of wear (not much fitness tracking though) and I still have over 45% battery.

The Huawei GT watch is a big beast of a wearable. If you have dainty wrists, then this will not be ideal for you. That said, it’s reasonably attractive, though it definitely looks like many smartwatches you’ll have seen on the market before.

The faux Chronometer is simply not my style, but it does give a classic look that’s found on so many men’s watches — smart or dumb. It doesn’t exactly set itself apart from the crowd and seemingly Huawei are content for it to blend right in.

That said, the build quality is solid — as with any Huawei product released in recent years. In day-to-day wear, it really is great just how comfortable the Watch GT is even with the large 46mm watch face. It’s also worth pointing out how deceptively light the Watch GT is at just 46g — without the strap. I honestly didn’t feel at any point as though my arm felt any heavier, that is a real bonus in my book. 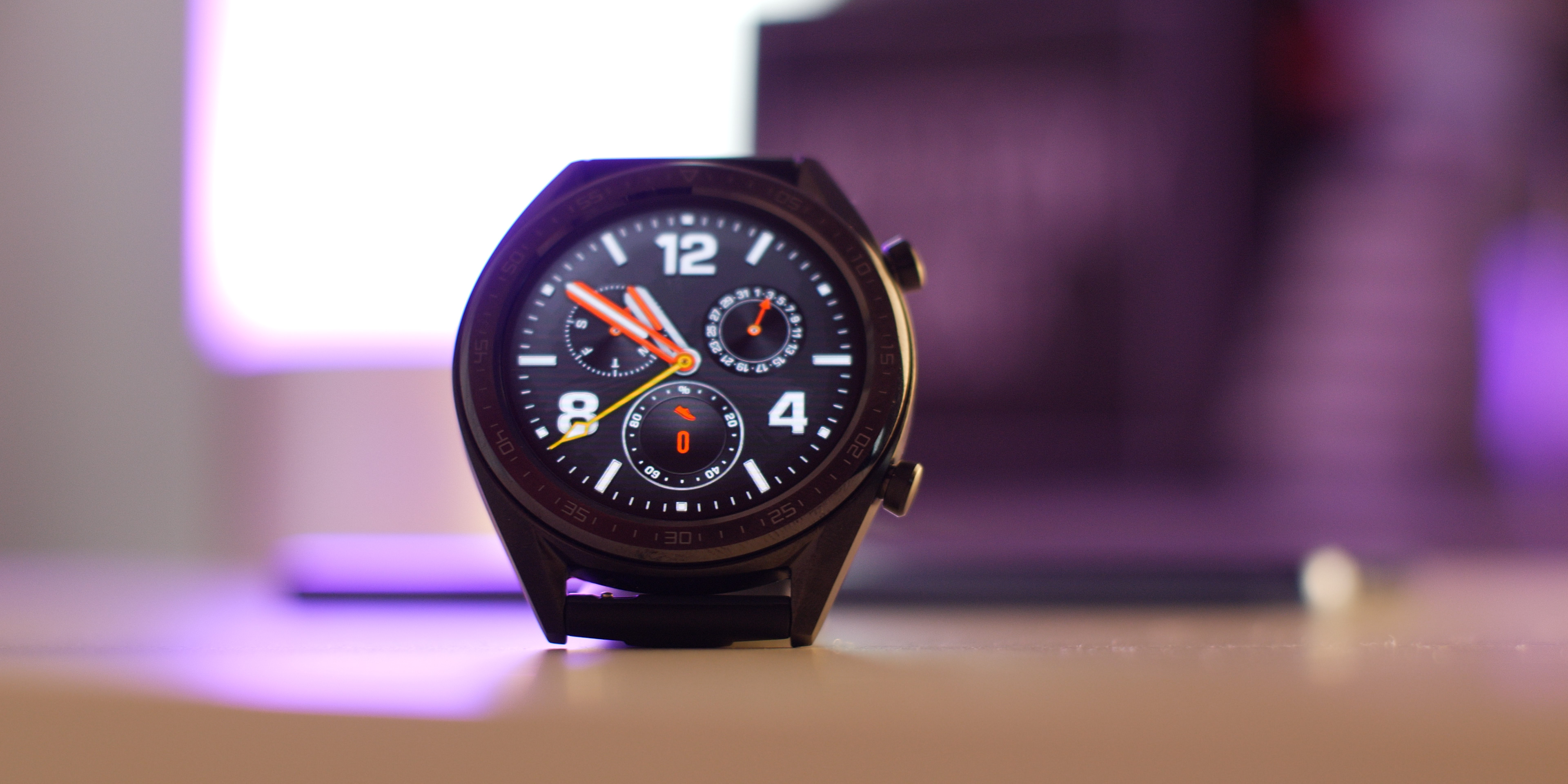 I’ve mentioned before in previous smartwatch and smart wearable reviews that I am a fan of a silicone or canvas strap on a watch. The Watch GT review unit I was sent included a silicone option that is, again, comfortable for long wearing periods. Although due to the overall size, I wouldn’t personally recommend wearing this watch to bed unless you are dead set on tracking your sleeping habits.

The side buttons are one of the nicest additions, although were I to wear the watch whilst playing soccer (as I often do) then I would be tempted to ditch it in favor of my preferred Mi Band 3 for 100% comfort. I was worried about the buttons digging into my hand simply because of how low down my wrist I like to wear a strap.

Overall, the stainless steel design is a little uninspired but not in a bad way, far from it. Huawei seemingly has played it safe with the Watch GT, but that doesn’t mean it’s ugly by any stretch. Just don’t expect something truly unique.

First, let me say that I love the 1.39-inch AMOLED display. It’s as good, if not better than any smartwatch I’ve had the pleasure of testing this year. That said, I can’t compare it to the Apple Watch Series 4, which I have heard has a stellar screen too. The resolution is 454 x 454 pixel at a 326 ppi, which I’ve found to be simply stellar.

It gets nice and bright and once you turn on the ‘Show Time’ option, it really helps to keep track of the time at a glance. If you don’t enable that feature each time — it only stays on for five minutes — then the display does dim and powers off until you activate it again via one of the side buttons.

Wrist motion wakes the display so you can check the time at intervals throughout the day too, so it isn’t a massive issue with all that said. 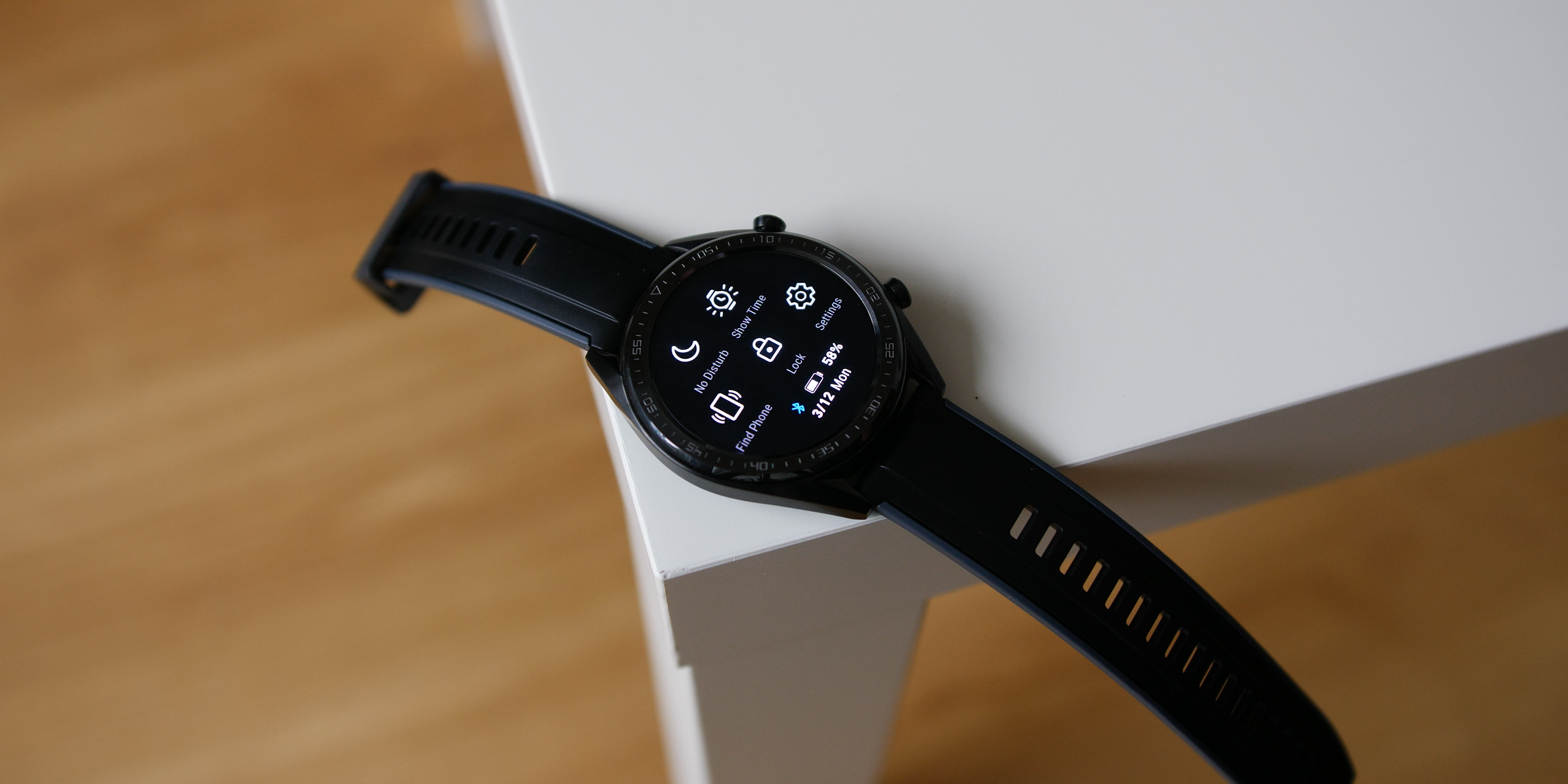 This is the major component that is severely lacking on the Huawei Watch GT. There really isn’t a great deal of software to actually speak of. It really does hold this smartwatch back and really makes it feel like many cheap Chinese imitation watches we’ve become accustomed to seeing clog up Amazon and eBay.

When in operation you will notice a decent amount of lag, which really does ruin the experience even more so. Swipes and taps are not instant, instead, they feel like they register only after a few milliseconds and then decide to enact upon the original interaction. It is most definitely not a great user experience in that regard.

Then there is a severe lack of app ecosystem. You can’t actually install any applications or extra watch faces on the Huawei Watch GT. Everything is limited to what Huawei has pre-installed and that is a real shame.

If you haven’t worked it out by now, that means no Google Play Store on the Huawei Watch GT. All you have available from the outset are a few basic applications that you find on many entry-level smart wearables. Those include:

That is a pretty poor selection for a smartwatch that costs over $150. And if you think that is bad, then the slim selection of watch faces might annoy you even more.

I counted 11 (yes, eleven) available watch faces right out of the box. you cannot expand that small pool of available watch faces. They’re not bad by any stretch and do suit the overall aesthetic of the Watch GT, but it is yet another sore point of this watch that is so hard to overlook.

The core selling point of this entire smartwatch package has to be the battery life. You can get up to two weeks of battery life and that is with constant heart rate tracking and upwards of two hours of exercise tracking per week.

I used the Ticwatch Pro for a long time and I loved the battery life, but it pales in comparison to what the Huawei Watch GT is capable of. Not having to charge every single day is an absolute game changer.

If you don’t plan on tracking your workouts then the battery could last up to a month with no issues.

I’ve really not painted a glorious picture of the Huawei Watch GT from the outset. The real problem is that when I lauded the Huawei Mate 20 Pro for giving you so many options and extras right out of the box, the Watch GT just feels like an afterthought.

Let me go through what I think is great about the Watch GT first, so this doesn’t seem so much like a completely negative review — which it might seem from the outset. The battery life is almost unrivalled, getting around eight to nine days is simply insane. I’d say subjectively, the design and especially the comfort level is great. The display is exceptional, too.

Not being able to install third-party applications or even use the Watch GT as an MP3 player is a bit of a disappointment. In my experience, I would say that the Huawei Watch GT is clearly a digital touchscreen watch with deeper fitness tracking elements — although this is clearly the target market that Huawei have pinpointed with this particular model — rather than a more ‘standard’ smartwatch.

If you wanted to check out the Huawei Watch GT, then you might have to import it from outside of the United States such is the availability. I would personally say that the Ticwatch Pro is a better buy for a long-lasting Wear OS smartwatch.

Although, if just want a cheap fitness tracker, then the Xiaomi Mi Band 3 is most definitely a better option for very basic workout tracking. The Huawei Watch GT has exceptional heart rate monitoring, but overall, for anyone not really interested in advanced fitness tracking, just doesn’t feel like a worthwhile purchase at the current price point.

That said, if you an avid runner, swimmer, hiker, cyclist…I could go on…then this is a fantastic partner to your active lifestyle. Just don’t go in expecting Apple Watch level smart controls and you’ll have a great long-lasting smartwatch that is comfortable despite its size and really does offer a great deal.

Where to buy the Huawei Watch GT