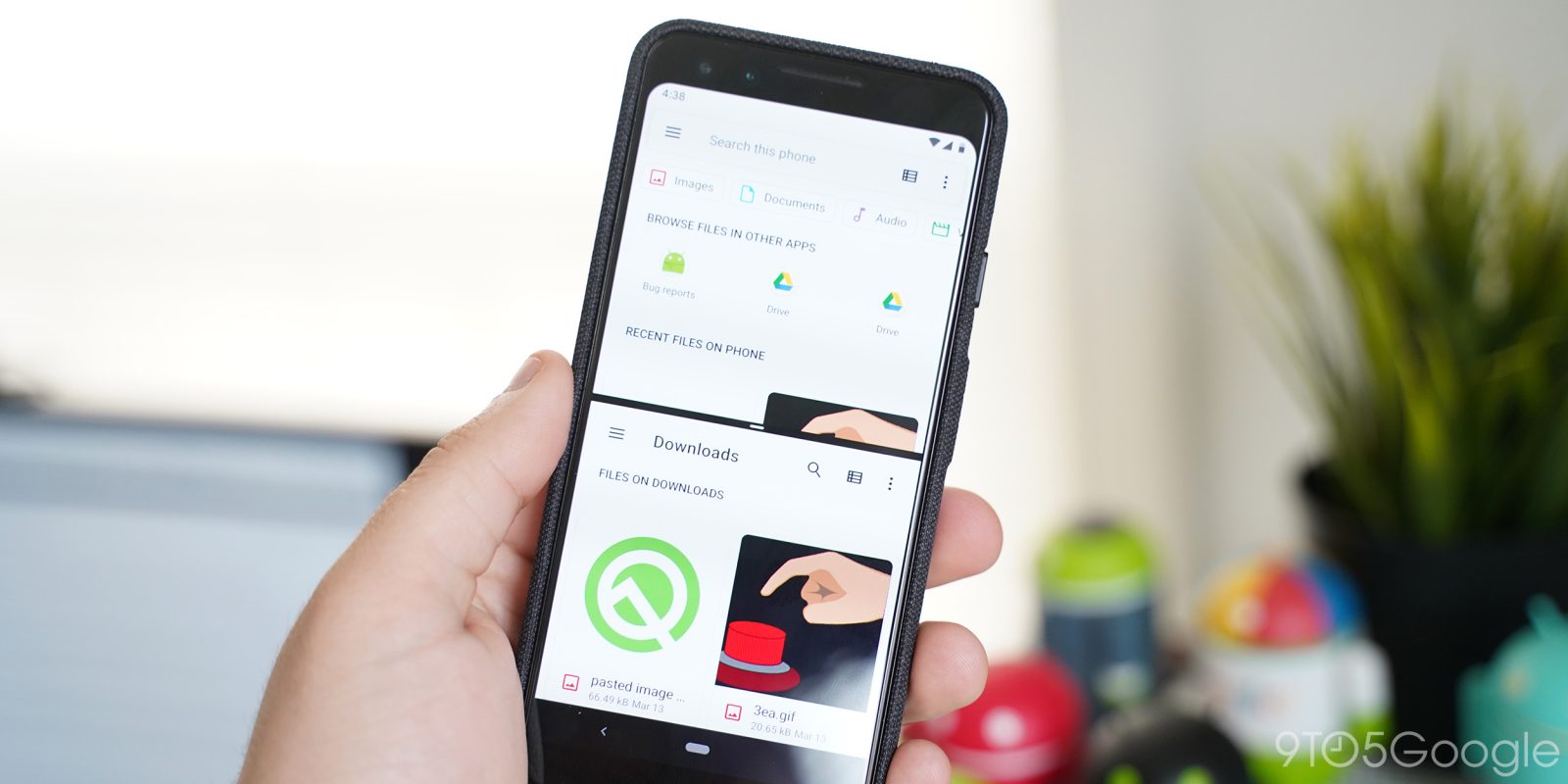 If raw functionality is your goal, you’re probably best off looking at third-party files explorers from the Play Store. However, Google has slowly been building Android’s built-in Files app into a robust tool for file management. Recently, we’ve discovered a neat trick with the Android Files app which lets you open up multiple windows and even drag-and-drop files. Here’s how.

While digging into the new design of the Files app in Android Q, we stumbled across the “New Window” option baked into the app. This has actually existed since Android Pie, but laid mostly unnoticed.

When used, the feature creates a second window for the Files app which Android treats as a secondary app. This means that you’ll see two of them in your Recents menu, and you can even launch the two into a split-screen mode. On its own, that functionality is very useful as it offers up a way to view multiple folders at a time, even using copy/paste to move files from one folder to another while keeping both in view.

What’s especially useful, though, is that this functionality also lets users drag-and-drop files from one window to the other. As mentioned, this has all existed at least since Android Pie, but the drag-and-drop function, in particular, seems to work a little better in Android Q.

From what we can tell, this only works from the Files app to another window from the Files app. However, documentation for this feature on Android’s developer site gives us hope that developers could implement this on more applications. Personally, I’d love to see something like a video editor or even Google Photos let users open Files in split-screen and pull the needed files using drag-and-drop.

We don’t know exactly how long these functions had existed, but it was a cause for excitement last night for a few of us here at 9to5Google. If you’ve been using it for a while or know if it works with other apps, drop a comment below and let us know!