According to the report, there is cause to be concerned as SimBad has three main malicious capabilities. These include phishing, showing ads, and exposure to other rogue applications.

It’s called SimBad as it tended to affect mainly simulator games. Check Point confirmed that 206 applications were known to be affected by this adware and the total download count of these applications has reached almost 150 million globally.

For anyone worried that they might download or have downloaded the apps in question, Google was swiftly notified and all those infected applications have now been removed from the Google Play Store. 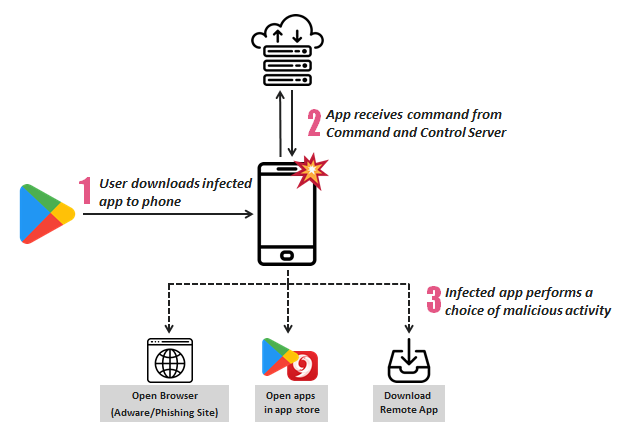 While that is great news, Check Point said that although SimBad works like adware at present, it “already has the infrastructure to evolved into a much greater threat.”

As for how the malware works, once an SimBad-infected app is installed, it connects to a command and control server for further exploitation. That means it can open a URL within the device browser for instance, which can lead to further attacks. It can even allow someone using SimBad to install apps remotely.