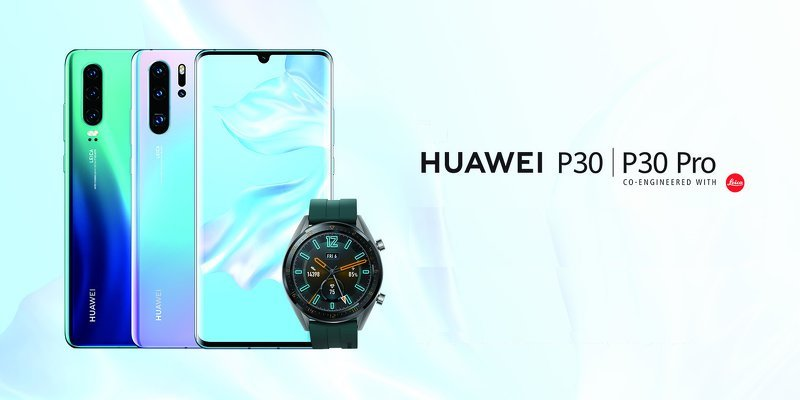 The Huawei P30 and P30 Pro launch is merely days away, but we’re getting a solid drip feed of leaked press renders and now Amazon pricing.

Thanks to a little goof from Amazon (via GSMArena) — that has since been hastily pulled — we’ve got some pricing information and a potential release date confirmed. The Huawei P30 Pro looks set to sell for €1024, which equates to around $1161.

It also confirms a few of the specifications that we’ve been aware of for a few weeks now. We can see that the P30 Pro model will come with Android Pie, powered by the Kirin 980, 8GB RAM and will include 128GB internal storage.

It will match the Mate 20 Pro’s 4,200mAh battery, but with a lower resolution FHD+ display. Hopefully, that means we’ll see even superior battery life over the Mate 20 Pro — which has exceptional battery longevity.

As for a release date, the Amazon listing points towards an April 5 launch after the March 26 unveiling. Of course, we are unlikely to see this handset officially in the United States. But it does mean that those of us in the rest of the world won’t have long to wait to get our hands on this powerhouse device. 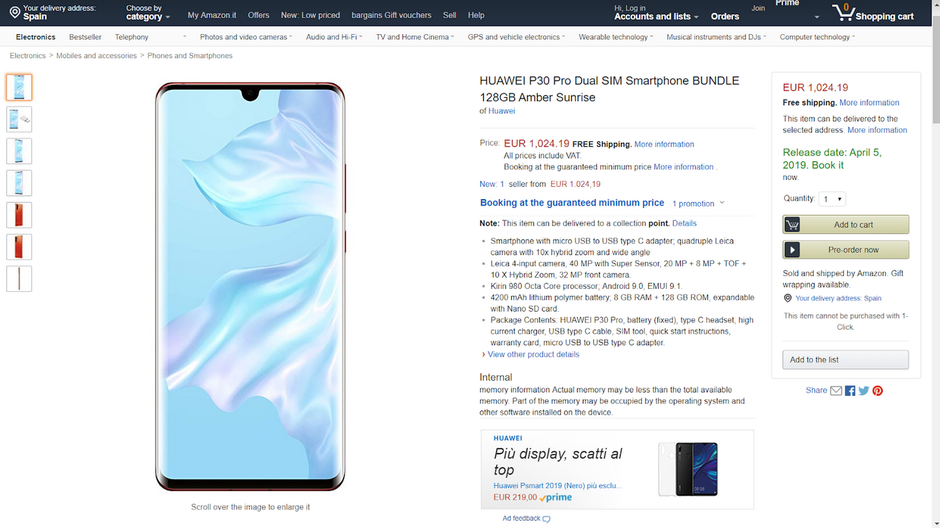 Not only have we seen a minor slip up by Amazon, but we’ve also had official press renders leak online courtesy of MySmartPrice. The press renders showcase the new colors and we even get a very brief glimpse at a new Huawei smartwatch. There is no room in these leaks for the standard Huawei P30, which is a real shame.

A leaked hands-on video also gives us a short but closer look at the standard P30 before the official launch in Paris on March 26. It gives us the closest look yet at the triple camera array and shows the headphone port too. 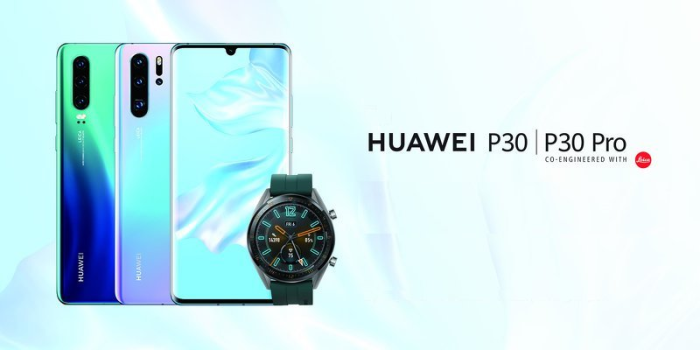 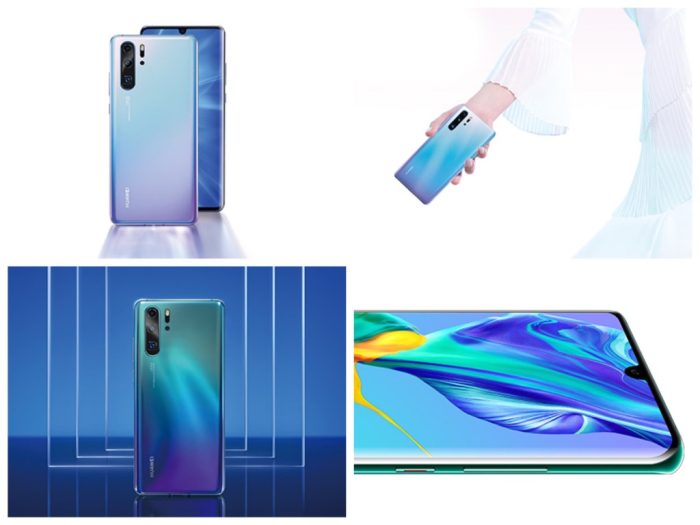 The smartwatch pictured in the press renders is reportedly the new Huawei Watch GT, which is set to be unveiled at the very same launch event. Of course, we’ll be at the official launch to give you our initial hands-on impressions of both handsets and any other hardware that may be announced in the coming weeks.