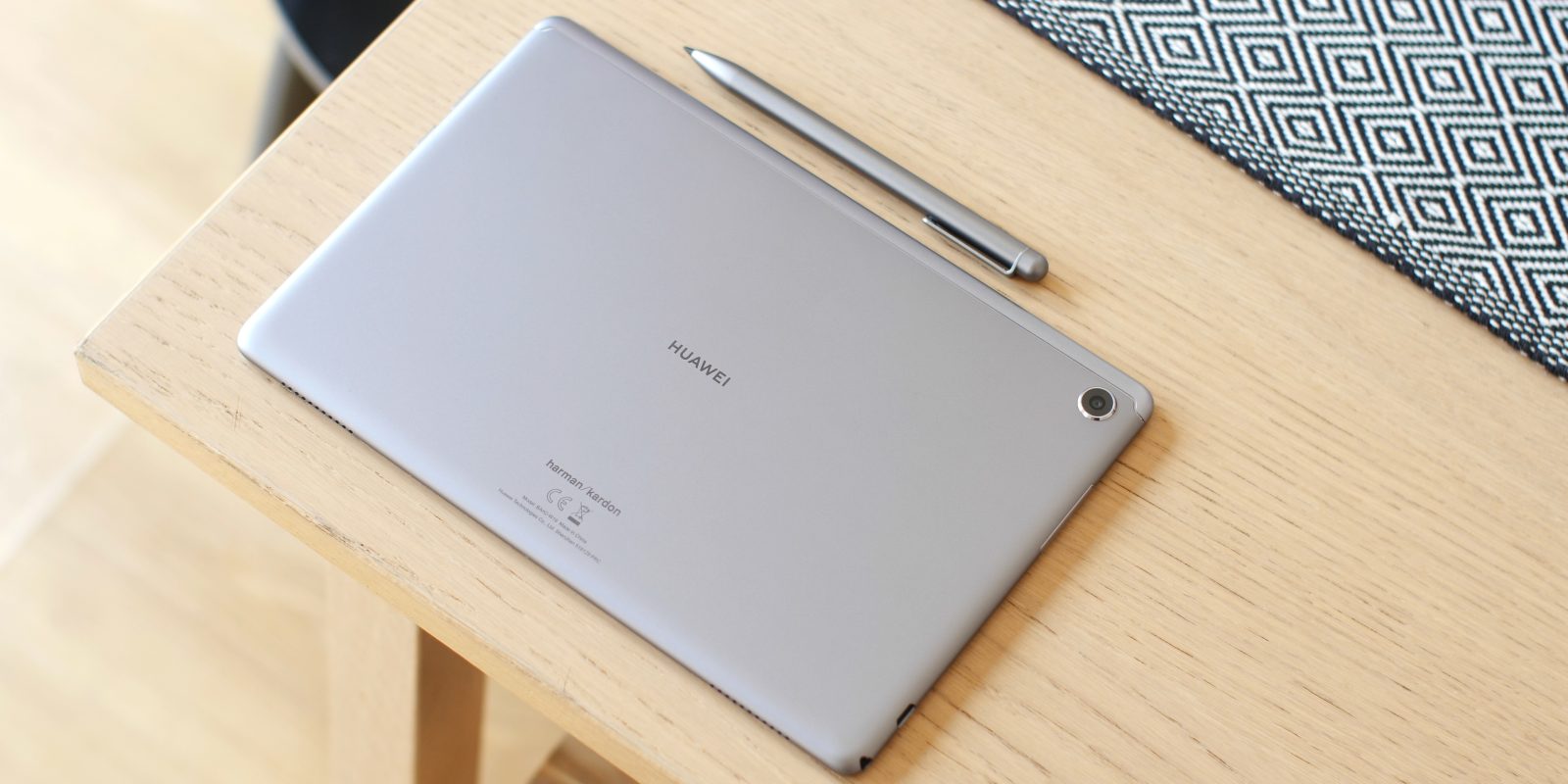 As far as Android tablets go, there really aren’t too many that warrant a closer look unless the cost is low enough. The Huawei MediaPad M5 Lite is a solid tablet that is decent enough but suffers from much of the same problems that have plagued Android tablets since day one.

Huawei phones might not be available in the US officially but you can get your hands on tablet hardware, with the MediaPad M5 Lite most definitely targeted towards the low to mid-end of the market.

A few features make this is a prime device for those with children but the overall design and aesthetic doesn’t scream ‘made for children’. Unlike some other tablets in and around the base $300 price point, the MediaPad M5 Lite includes an M-Pen stylus. A neat touch if you wanted something to simply sketch.

At 10.1-inches the size makes the device ideal as a second screen or dedicated travel companion for those that simply want something with good battery and a decent display.

I have to say when taking the tablet out of the box I was neither impressed nor disappointed initially. Like smartphones, it’s becoming increasingly difficult to really differentiate your tablet from the next. The MediaPad M5 Lite is no exception. It feels like a hybrid of older Samsung Galaxy Tabs with the capacitive touch button and around back reminds me of the texture of the MacBook line.

The all metal build feels weighty but I will say that there is a miniscule amount of flex in the body. I’m not sure how it would withstand a drop or young child manhandling it but my gut says it might be worth keeping this tablet in a case or sleeve just to be safe.

I will say that after some extended usage, I’ve come to really like the slimline design as overall it’s derivative but pretty attractive. If this is a tablet supposedly for younger audiences, you wouldn’t necessarily assume so on first glance at the outer shell. 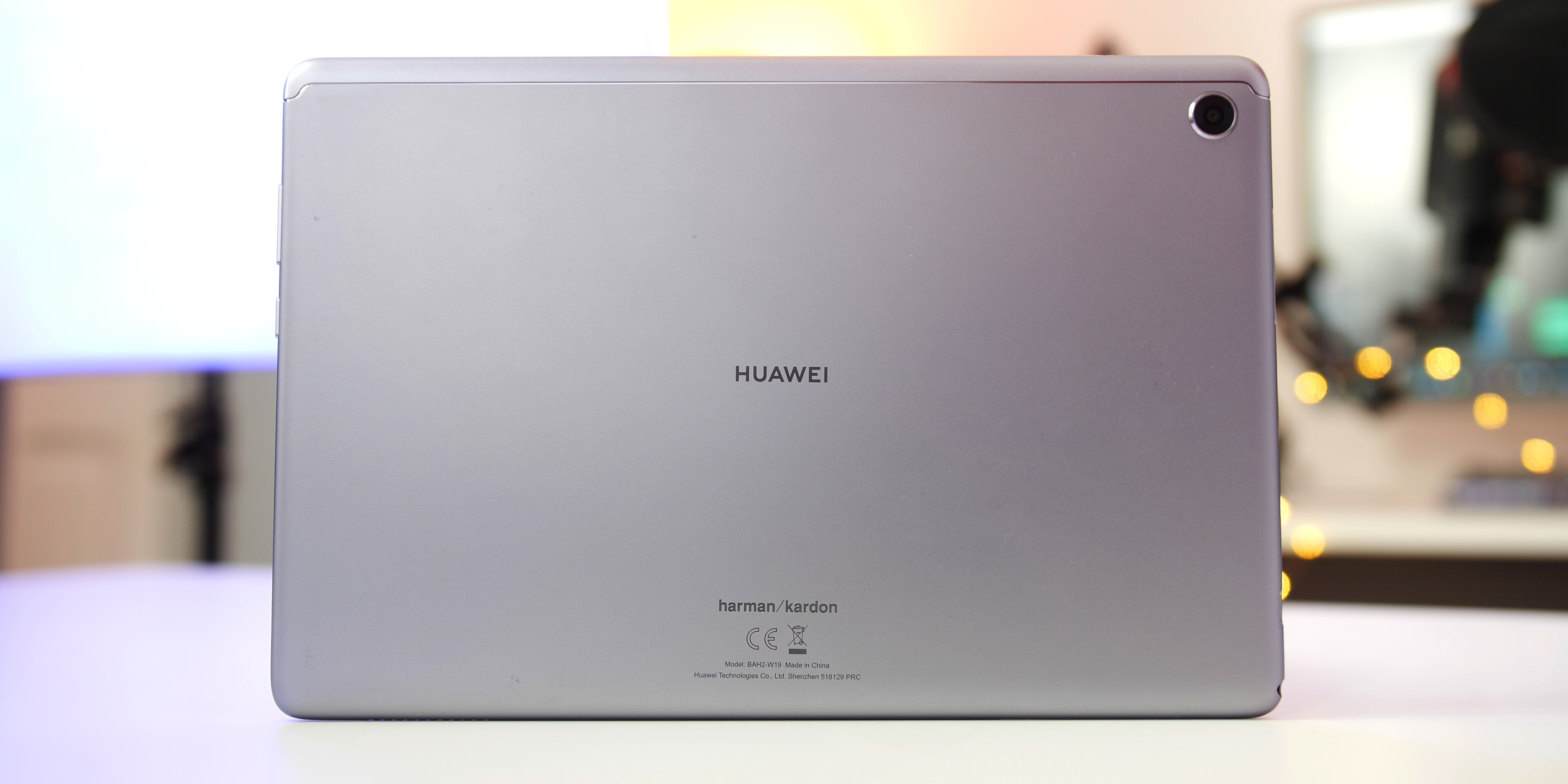 While we are seeing mobile handsets sport continually shrinking bezels, it’s nice to see uniform bezels on the M5 Lite too. It allows you to grip the tablet without activating onscreen controls in video — I’m grateful for something to grasp at when holding it.

Inside the MediaPad M5 Lite has the Kirin 659 chipset and 3GB of RAM. That is complemented with 32GB of internal storage, which is expandable via microSD card. I would recommend doing so if you plan of having plenty of media downloaded onto this device too. Charging of the 7,500mAh battery is handled via a USB-C port and there is even a headphone port there too — although I opted to use the Moshi Mythro C USB-C headphones when testing this device.

There’s also a physical fingerprint reader that doubles as a home button. In practice, I found it works really well and is most definitely a fast unlock and access method over manually typing in a PIN on a stretched layout.

As it is media driven, you’ll find four tuned speakers on the body, which do deliver quite solid audio. There is a distinct lack of bass but the audio even at full volume retains clarity. One thing I will say is that because of the speaker layout on the edges of the tablet frame, the sound appears to come out of the back of the device in all directions. 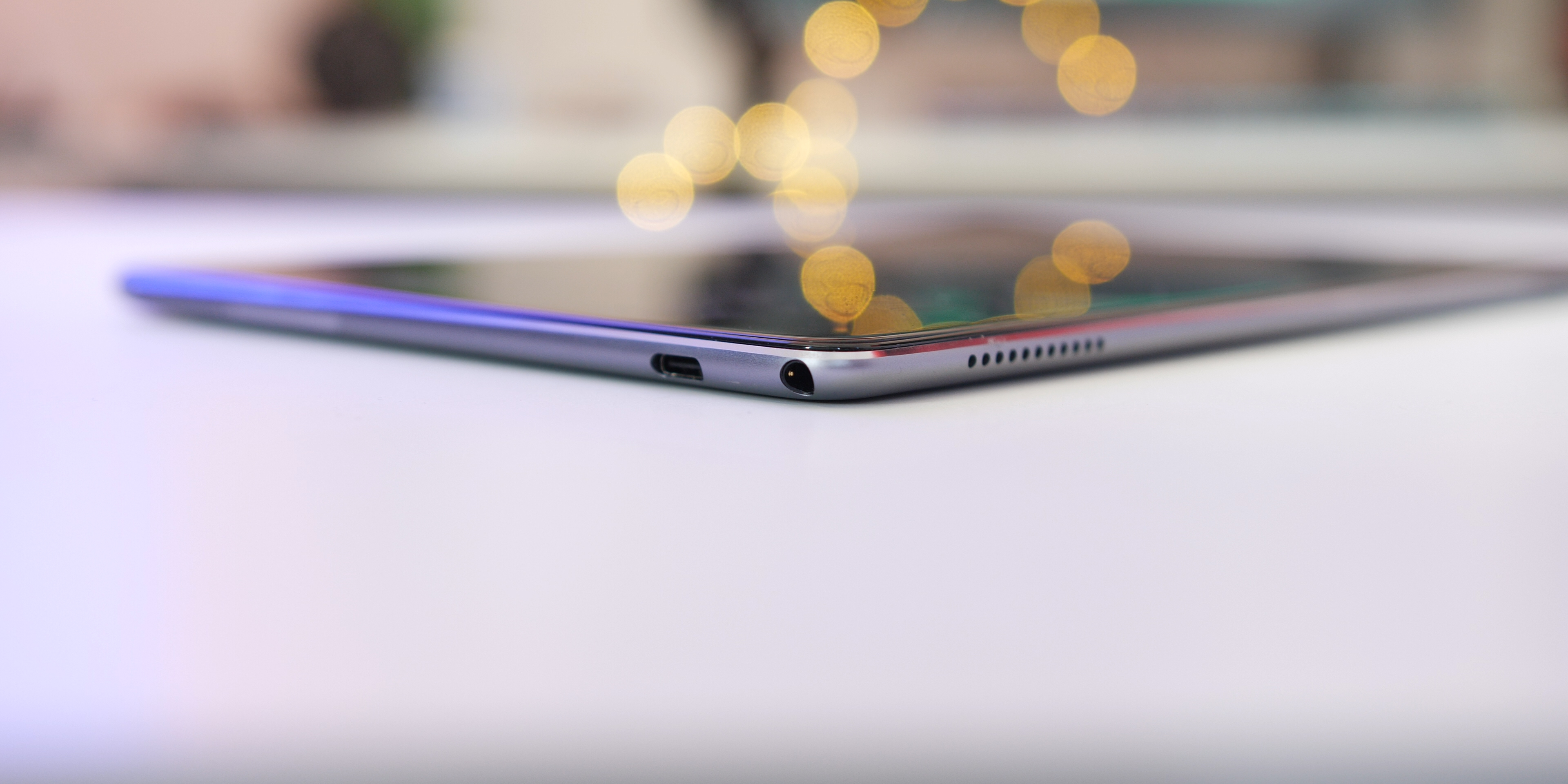 The M-Pen stylus is something I can’t say I’ve used extensively. I didn’t take it with me when travelling, simply as it is a separate accessory that I could potentially use. It is pretty good but pales in comparison to the S Pen found on the Galaxy Note 9 for instance.

For basic sketching and drawing, it worked well, the handwriting to text recognition is actually very impressive in practice too. As for the M-Pen battery, it takes the less widely used AAAA battery size, so it might be worth buying a pack if it ever does die out.

You can get a model for the MediaPad M5 Lite that accepts a SIM card, should you want a fully mobile tablet experience. I can’t say I would personally opt for that model though, as I prefer to simply tether to my Pixel but the option is one that is welcome should you wish to go for it. 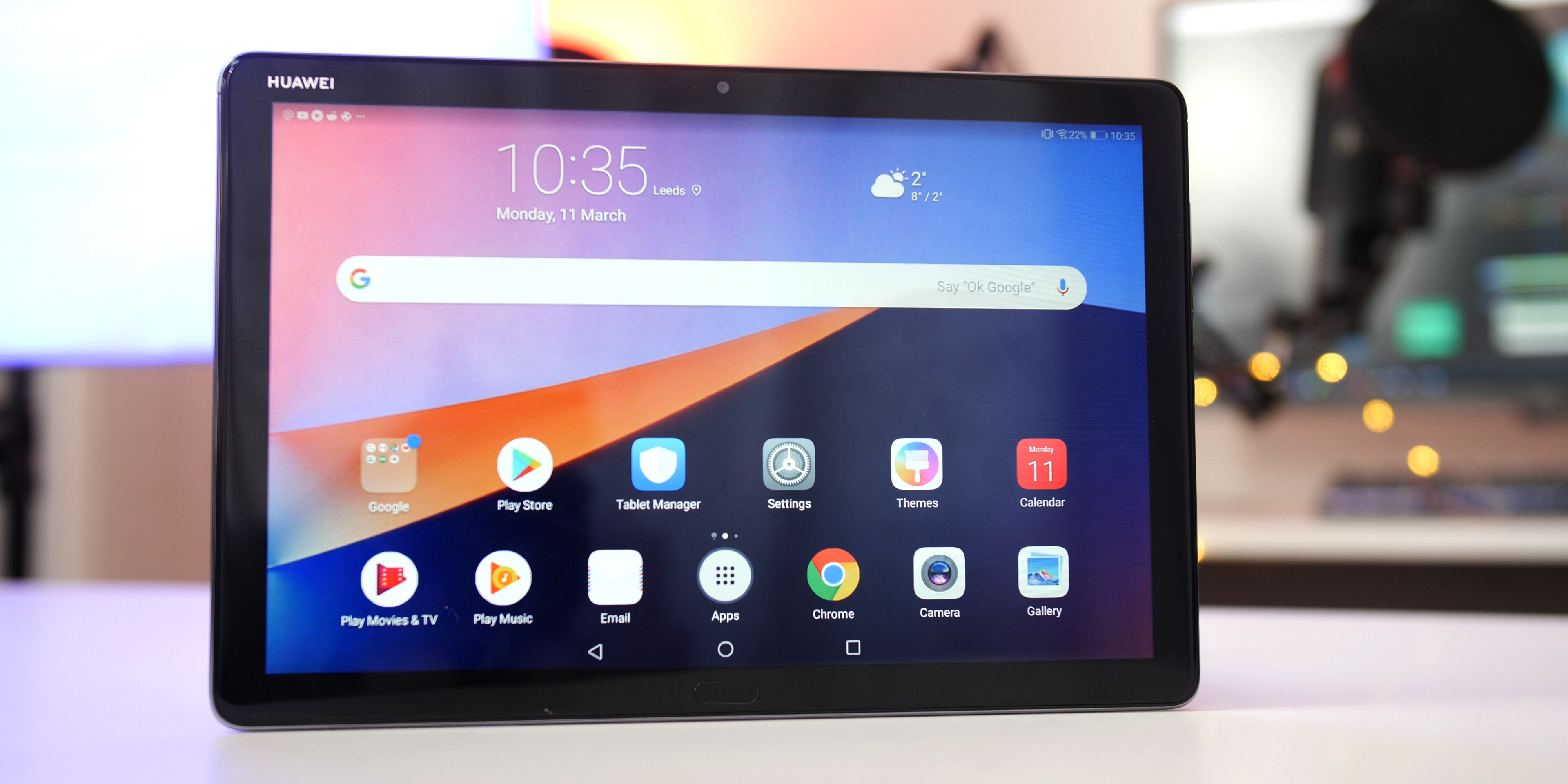 This is one area that impressed me arguably more than any other on this device. At under $300 I think going in I was expecting a poor display that would just about do the job when viewing videos and browsing the web.

How wrong I was, the 1920 x 1200 pixel IPS LCD display isn’t superb by any means but it’s a damn sight better than I initially had thought it would be. Videos look great and text is crisp. It only really starts to deteriorate when you get up close — where you can see some pixelation of app icons and text.

Viewing angles are pretty impressive too. I took the device on a couple of flights and used it as my sole form of entertainment and it really did get the job done well. The max brightness could be a tad higher and the glossy display can make it frustrating to use in direct sunlight — not that we get much of this in the UK.

The MediaPad M5 Lite comes with Huawei’s EMUI 8.0 on top of Android 8.0 Oreo. It does start to chug along if you have plenty of applications running at once and is where I noticed the most software issues. My own personal bias aside, the extra features that EMUI brings some helpful features like software-based screen recording — not that I used it often. 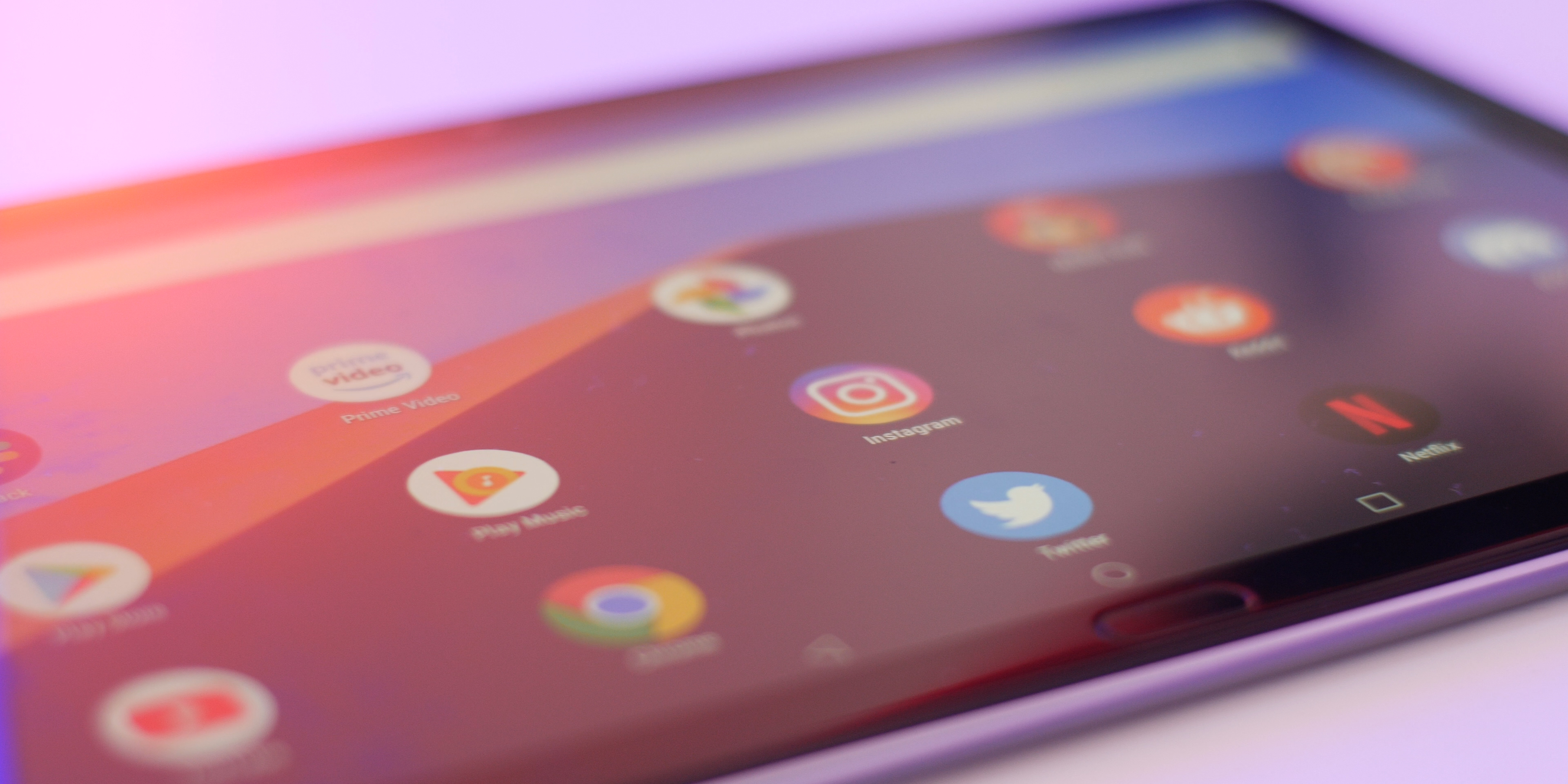 Certain portions of the interface gain extra real estate thanks to the 10.1-inch display but I can’t honestly tell if anything has been tweaked massively on account that this is a tablet.

As is often the case with almost any and every single Android-powered device out there, I stuck Nova Launcher on almost instantly. You may opt to stick with the Huawei Launcher but Nova cleans up the navigation and gives more ways to manage that larger home screen in my experience.

There is a dedicated ‘Kids Corner’ on the device that allows you to set parental controls and even recognize your child’s fingerprint. By registering their prints the M5 Lite will instantly launch into this mode rather than the full tablet experience. I can imagine this will be a welcome inclusion for those worried about their childs tablet usage.

I can’t say I’m too displeased with the overall software experience on the MediaPad M5 Lite. At times it does have some slowdown but nothing too serious as to affect my overall experience. I have done some basic gaming on the tablet though. Being able to play Mario Run in full portrait mode was a blast on a large display and one that I found much more enjoyable even though the game is optimized for smartphones rather than tablets. 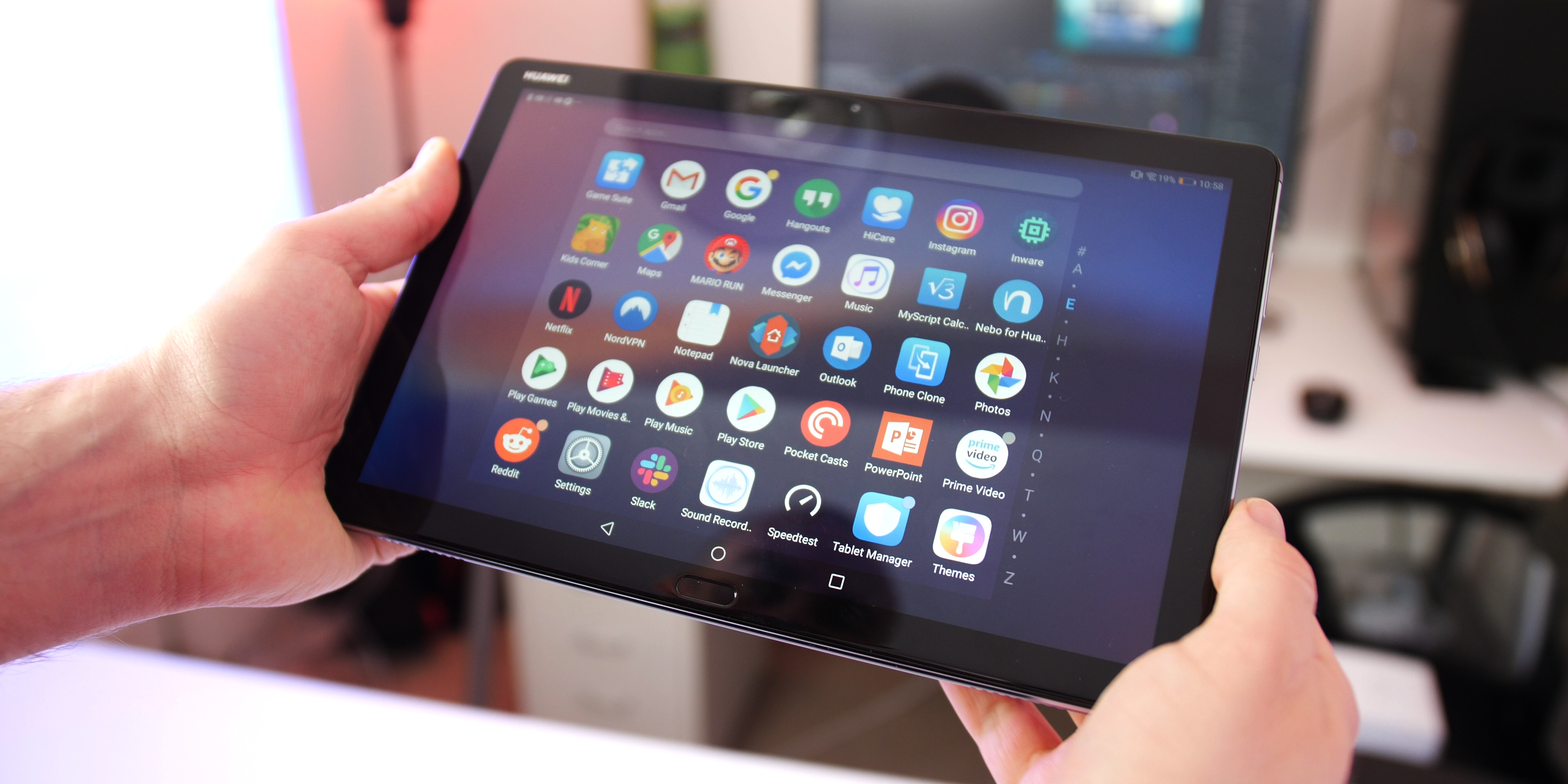 That also leads me to a point about the software defaults on the M5 Lite. As a tablet is has a few orientation methods but the hardware has dictated that landscape is the best way to use the tablet. In my use, I found it much more appealing to use it in portrait, except for when watching any sort of video.

Part of that is the keyboard. Even using the compact floating keyboard on Gboard I found that the width of the display meant I stabbed at it rather than simply typed fluently like I am used to. It’s a minor problem but one that did irk me somewhat — I just wanted to point out something that I found in my usage. It’s another reason why you may like the M-Pen type-to-text feature, as it is pretty impressive in action.

The standard MediaPad M5 has just received the Android Pie update. Fingers crossed we get to see this reach the M5 Lite in the near future — I’m not too confident it will head to this device though. 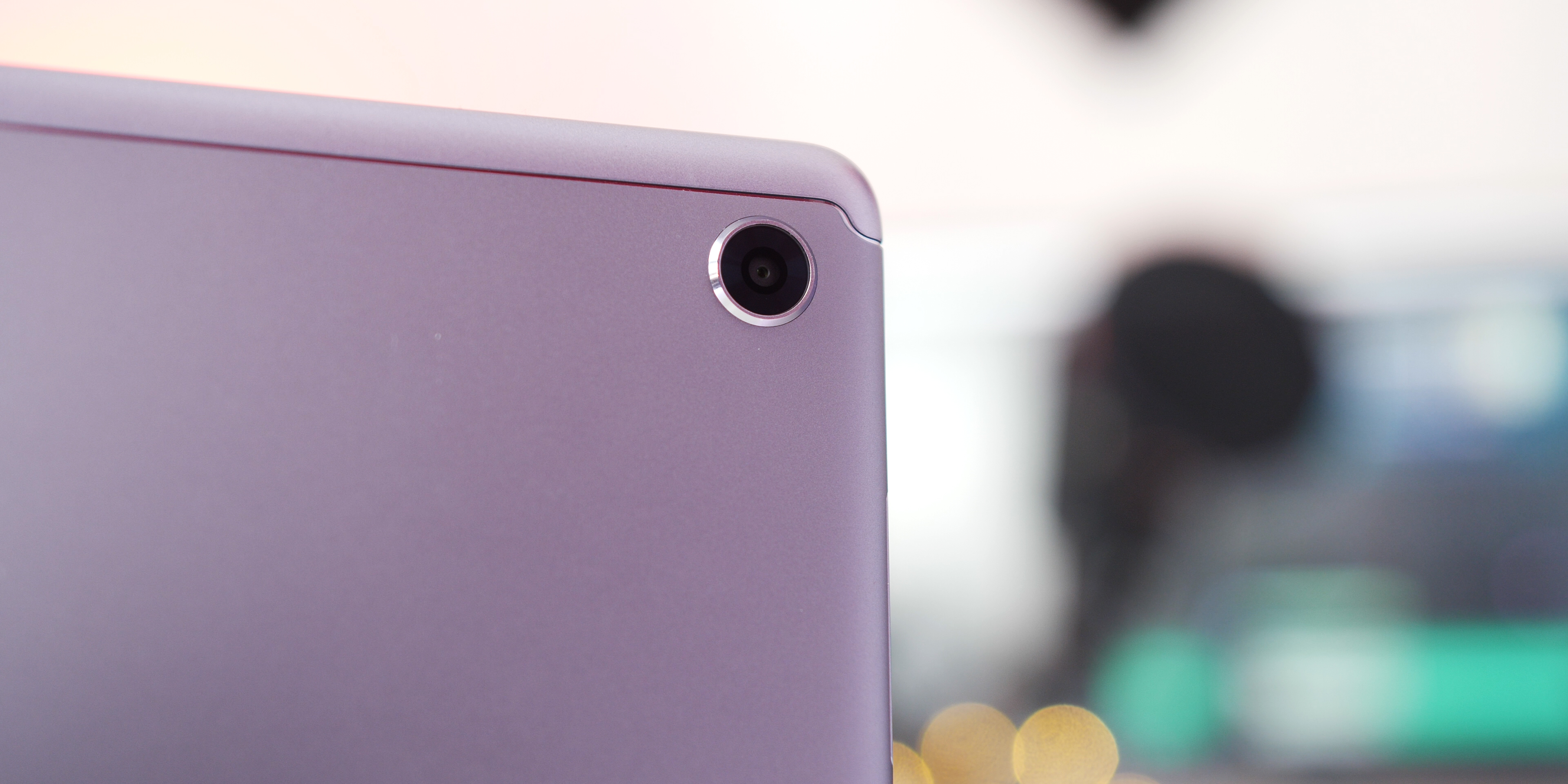 Yes, there are a couple of cameras on the MediaPad M5 Lite. The front-facing option I can sort of understand for video calling purposes but like all tablets, the rear-facing camera feels a little bit out of place. Sure, if you want to take photos you can but the quality is pretty poor across the board here.

Both the front and rear-facing cameras have 8-megapixel sensors and most definitely won’t set the world on fire. Expect barely acceptable results and move along is my advice as far as the M5 Lite’s camera hardware is concerned.

The 7,500mAh battery is very impressive in real-world usage. On a two hour flight from the UK to Spain, playing Netflix and with both the brightness and volume at the maximum; the battery went from 95% to 80%. I personally was impressed with that and when in Airplane Mode but connected to Wi-Fi, the M5 Lite has happily managed 10 days standby in my experience. 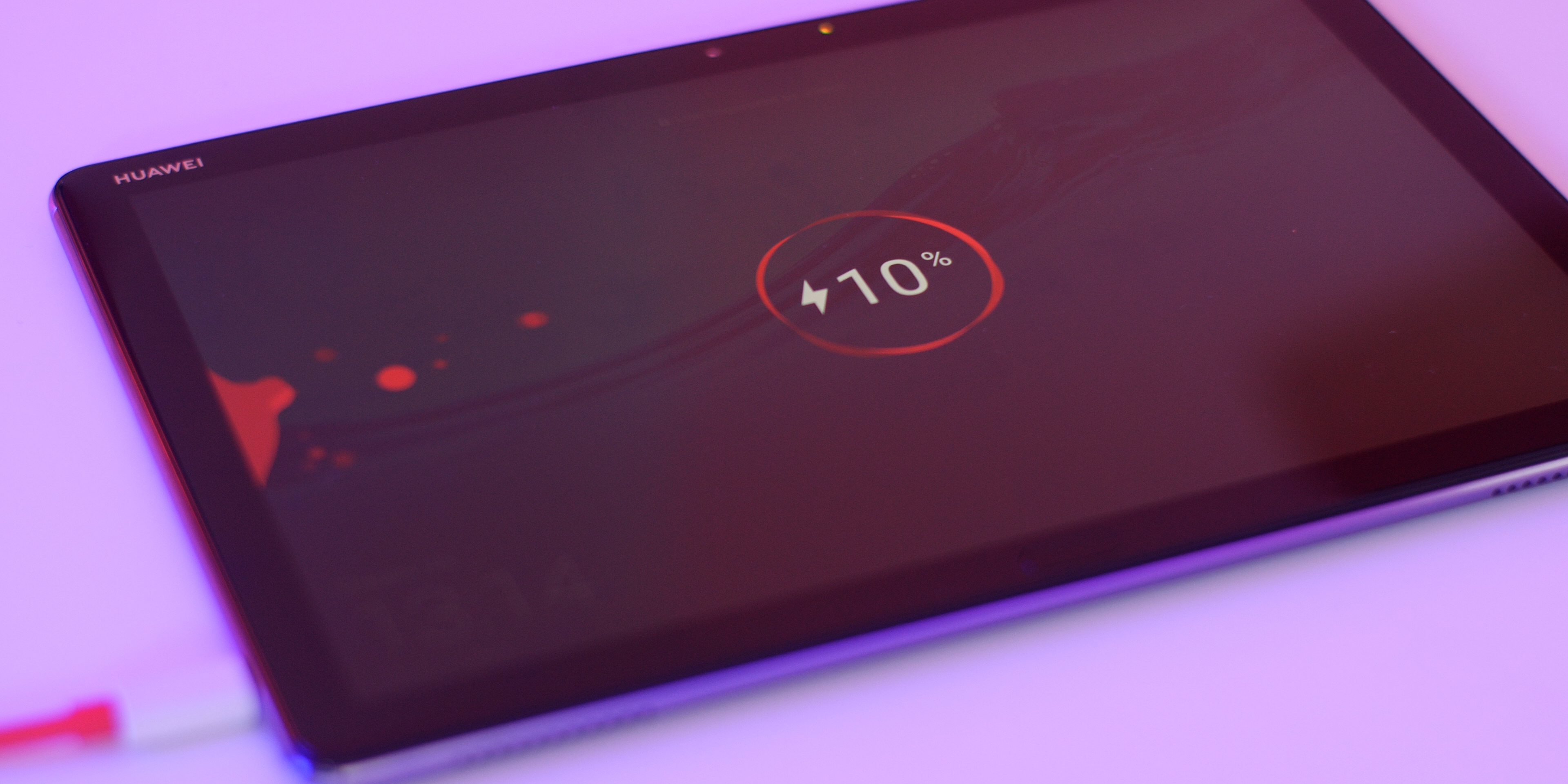 Charging took quite a bit longer. Using my Pixel 3 fast charger the battery took just over three hours to go from 0 to 100%. This will differ massively if you are using a standard 5W charge brick though.

Having used the Huawei MediaPad M5 Lite for around two months or so, I can confidently state that it’s worth the money — if only as an extension of your smartphone. There are just not enough reasons to spend a fortune on any Android tablet when even Google has ditched the OS for Chome OS on its own Pixel Slate line.

I will say that the display is pretty darn good and perfectly fit for its purpose — watching movies and browsing the web. The battery life too is pretty fantastic but the overall software and performance experience are a little lacking.

If you can overcome the occasional software slowdowns when you really tax this device and are intent on having a stylus for drawing digitally, then the Huawei MediaPad M5 Lite is a really solid purchase at $299.99.

The biggest problem is going to be convincing yourself that you even need an Android tablet in the first place. If you are ardent in your desire for an Android tablet it might be worth taking a look at the newly released Samsung Galaxy Tab S5e. It offers an arguably better display, ultrathin build and one that we are hoping to review at some point in the very near future.