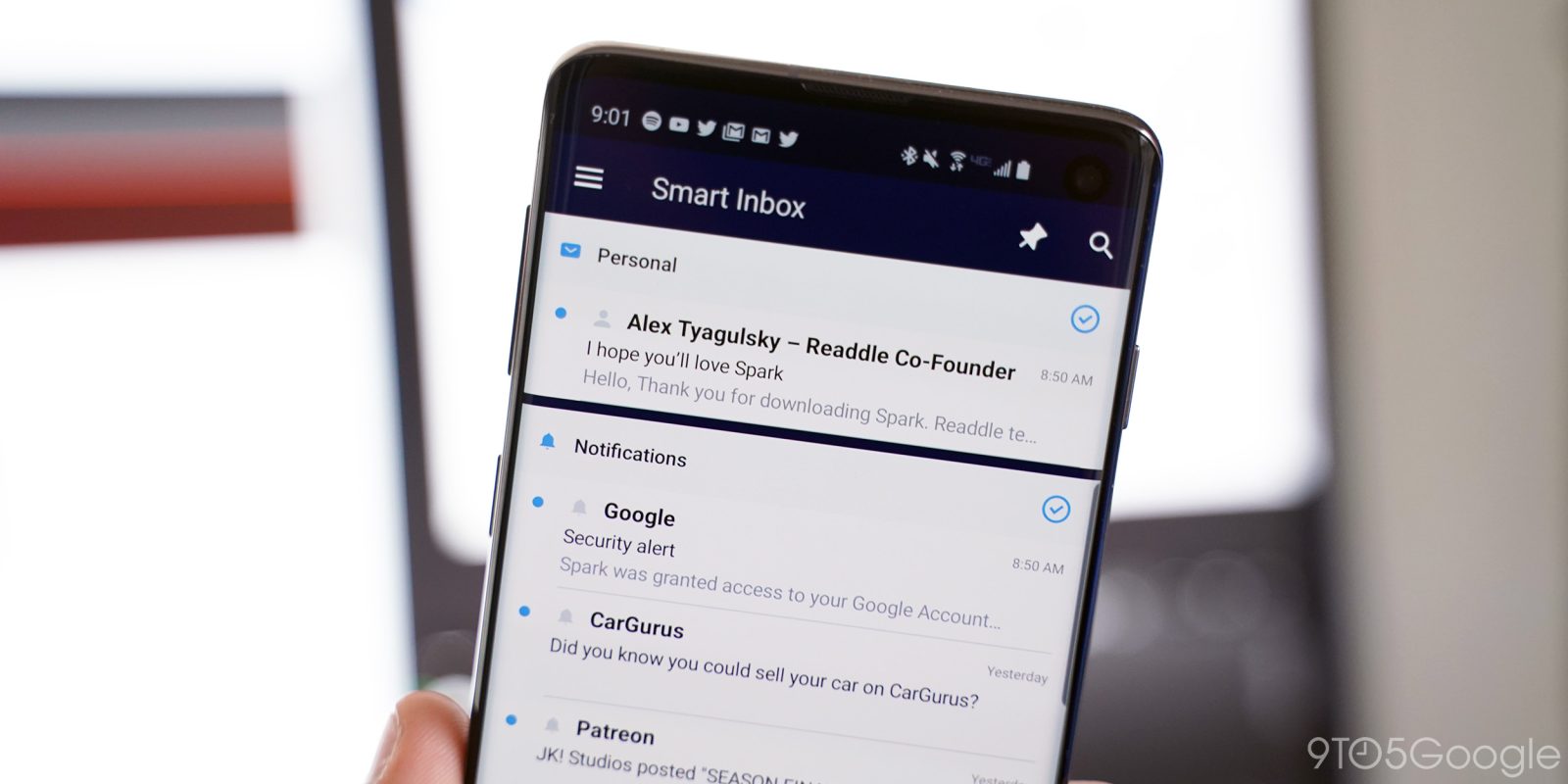 Google’s Spring Cleaning for 2019 is killing off some beloved apps and services, and Inbox by Gmail is one of the biggest casualties. This past weekend, one possible replacement for that app confirmed its Android release date. Spark Mail arrives on Android the day Inbox dies.

Update: Spark Mail for Android is officially here! The free email app is now available on the Play Store just a few hours before Inbox shuts down. So far, reviews on the Play Store are somewhat mixed. Some users note that animations are a little janky or that they’re having trouble adding accounts to the app. Your results may vary. Personally, the app installed and signed into my personal Gmail account quickly on a Galaxy S10, and the app’s performance is solid as well. Hit up the Play Store to download now!

As has been previously teased on Twitter, Spark Mail has been shooting to get its email client on Android right around the same time Inbox bites the dust. Just yesterday, though, the app’s official Twitter account confirmed that “the plan” is for Spark Mail to hit Android on April 2nd at 8am EDT. That’s just hours before Inbox’s death.

Spark Mail has been available to iOS and macOS users for quite some time with quite a few of Inbox’s features in tow. It supports snoozing emails, reminders, “smart” search, pinning emails, and even helpful team features. It doesn’t quite copy Inbox’s signature bundles feature, but it does try to organize emails into a few select categories and make it easier to cleanse your inbox. The company has even explained why it is the best Inbox alternative in a blog post.

With its Android release, we’re expecting all of these great features to be available. Spark Mail is a free download on iOS and macOS, so the same should be true about the Android client. Further, web and Windows apps are in the works as well.

Ok I’m going say it. The plan is to release the Android version on Tuesday 8AM EDT.