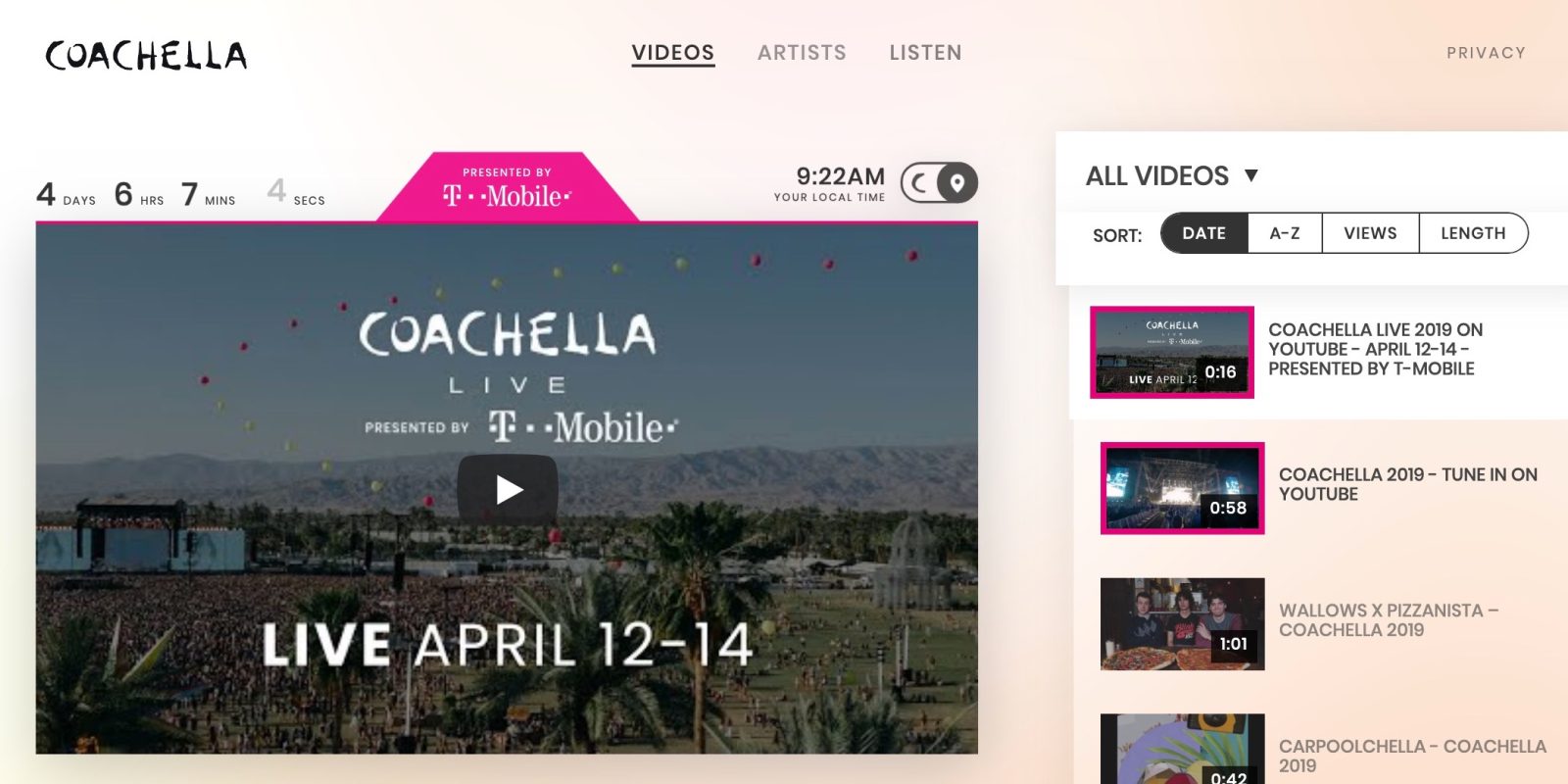 Every year, YouTube partners with Coachella to stream the desert concert series online. The arrangement is now in its ninth consecutive edition with Coachella 2019, and Google this year is pushing YouTube Music and broadcasting a performance in Times Square.

Coachella 2019 spans two weekends, with the first on Friday, April 12th to Sunday the 14th. With multiple performance stages, there will be three live streams on Weekend 1.

Programming starts at 4 p.m. PT on Friday, April 12, and runs through the weekend. To ensure you don’t miss your favorite performance, personalized viewing schedules can be created and live stream channels will automatically change to artists selected by fans.

From April 19-21, there will be a “First-Ever Weekend 2 Coachella Curated Live Stream.” YouTube Music is hosting a “carefully curated live stream” that takes “a deep dive into the festival experience and deliver fans a slate of original content.” This includes encore and live performances, artist commentary, mini-docs, interviews, and more.

Coachella Curated sets its sights on artists from across the line-up and captures them on-site and off, spanning the globe to share stories from the homes of headliner performers, festival favorites and newly discovered talent. These traveling tales—filmed on six continents with Coachella’s Paul Tollett—offer a unique look at the multinational energy that comes together on the Empire Polo Grounds before beaming back out via YouTube.

Google this year is emphasizing its latest streaming service. YouTube Music is touted as offering the “most complete Coachella music experience.” The Android and iOS apps are gaining live streaming capabilities to watch while mobile. Additionally, users will be able to take advantage of the service’s audio-only mode when viewing feeds.

YouTube also plans to live stream BLACKPINK’s Coachella performance to Times Square in New York City. At 11:50 p.m. EST this Friday, YouTube will do the first-ever broadcast of a festival stream on The Beast screen.