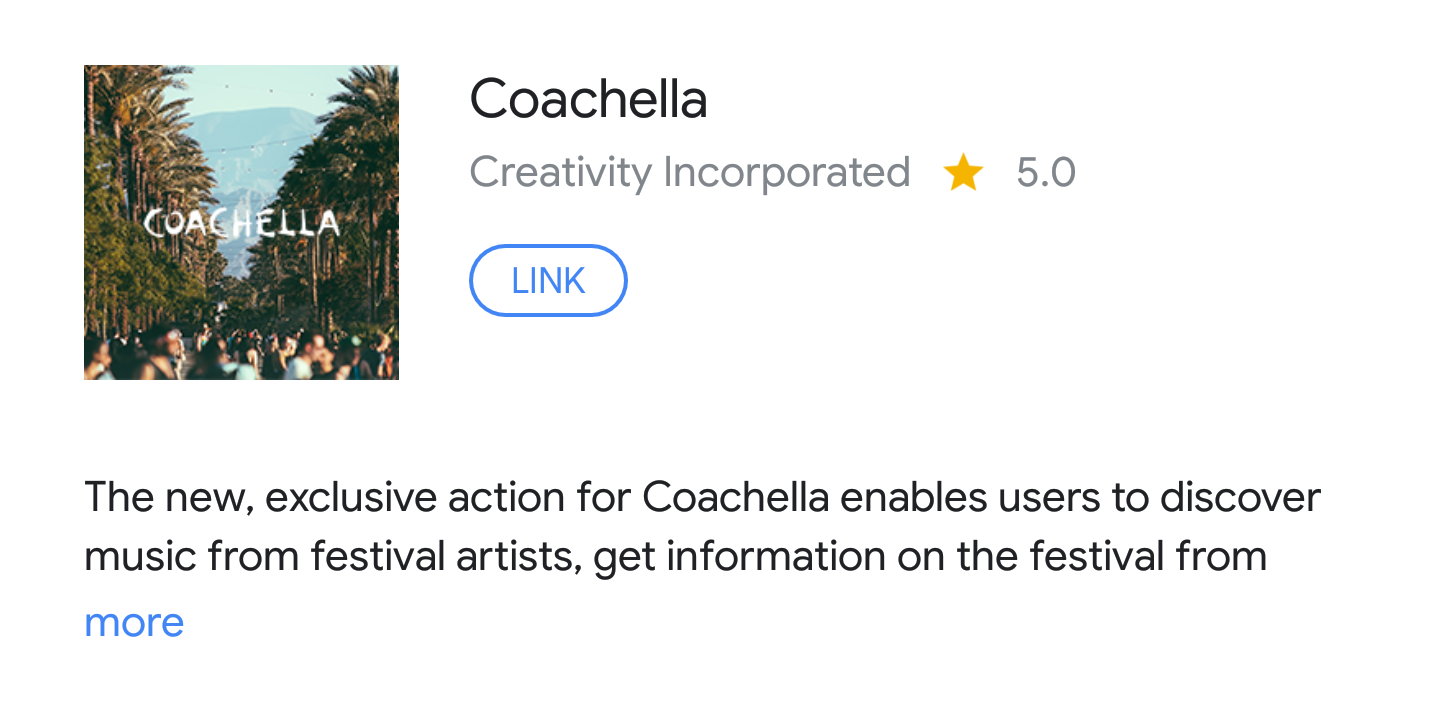 Coachella and YouTube have long been partners with the latter livestreaming the concert series. This year, the rest of Google is joining with an Assistant Action for Home and phones, while the Made by Google team is continuing its advertising blitz with Pixel photo booths.

A new Assistant app allows users to talk to the Coachella Valley Music and Arts Festival. Saying “Hey Google, talk to Coachella” on your phone or Home smart speaker will give you access to a feature-packed Action.

Meanwhile, Made by Google is converting some of the gondolas on the iconic Coachella ferris wheel to “Pixel photo booths.” Again promoting the Pixel 2’s camera prowess, Google promises “iridescent backdrops for stunning selfies above festival grounds.”

Lastly, YouTube is continuing its livestreaming partnership from April 13-15. Heading to Coachella’s YouTube channel will allow you to watch all the performances. This year, VR180 streams will allow users to get a more real life experience, with select shows watchable from Google Cardboard and Daydream View.

From headliners to some of the biggest artists on the rise, livestream performances will include Beyoncé, The Weeknd, ODESZA, Post Malone, The War on Drugs, Kygo, Chromeo, Alan Walker, BØRNS, alt-J and many more.