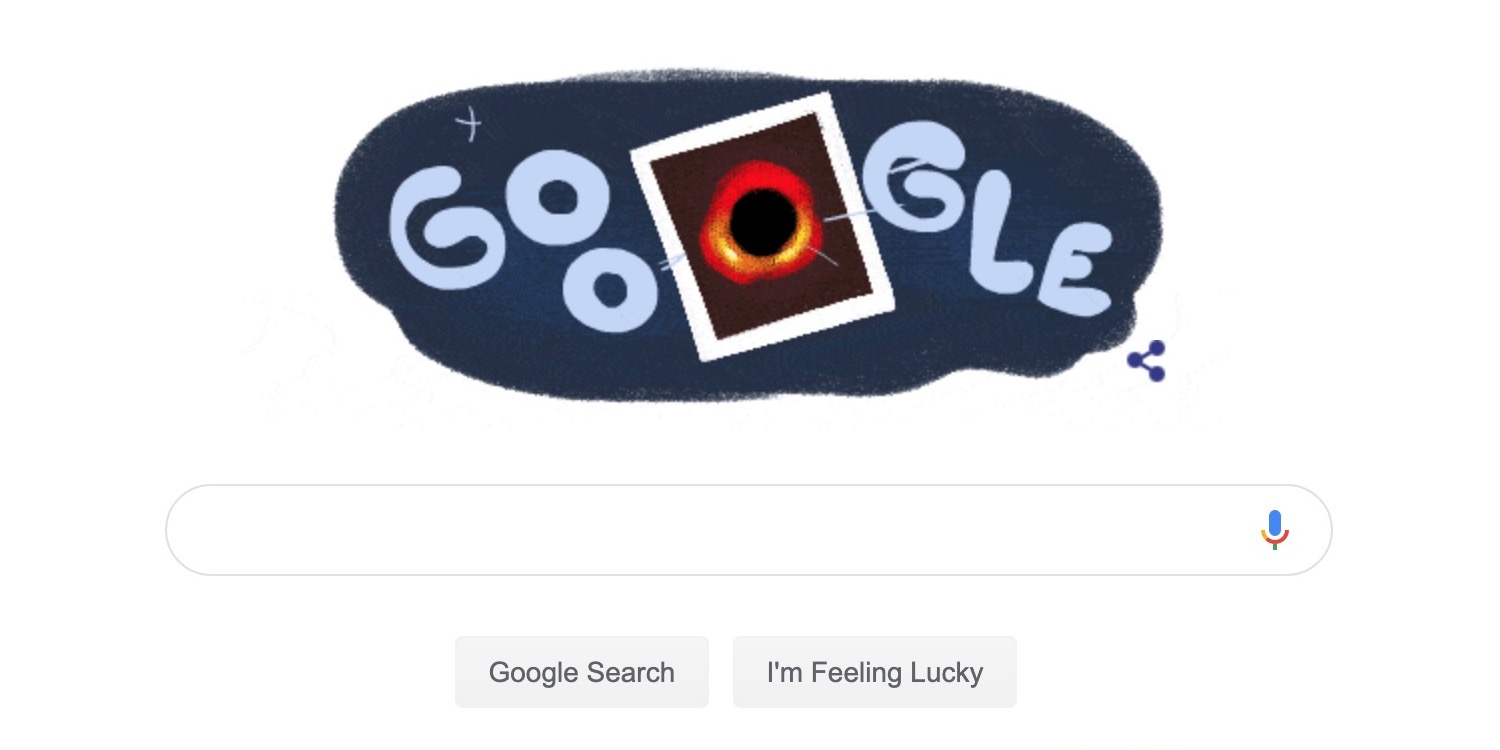 Google Doodles usually debut at midnight local time, but from time to time appear during the middle of the day in response to notable events. That was the case on Wednesday afternoon following this morning’s unveiling of the first image of a black hole.

Astronomers from the Event Horizon Telescope today shared the first image of a black hole located at the center of Messier 87. The massive galaxy in the Virgo galaxy cluster is 55 million light-years from Earth.

The EHT consists of eight ground-based radio telescopes around the world: volcanoes in Hawaii and Mexico, mountains in Arizona and the Spanish Sierra Nevada, the Chilean Atacama Desert, and Antarctica. This array captured the first direct visual evidence of a supermassive black hole and its shadow.

The EHT links telescopes around the globe to form an Earth-sized virtual telescope with unprecedented sensitivity and resolution [3]. The EHT is the result of years of international collaboration, and offers scientists a new way to study the most extreme objects in the Universe predicted by Einstein’s general relativity during the centennial year of the historic experiment that first confirmed the theory [4].

To celebrate the work of more than 200 researchers, Google this afternoon released a new Doodle on its homepage. The marquee image is depicted at the center of the Google logo and animates to suck everything in, including the “paradigm-shifting” picture itself.

The Doodle is available on Google.com and in the Google app for Android and iOS. Doodles now also appear in the Google Discover feed and the Pixel Launcher’s search bar. 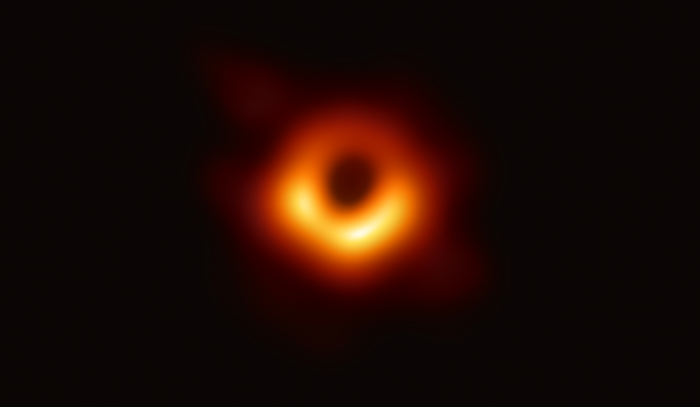