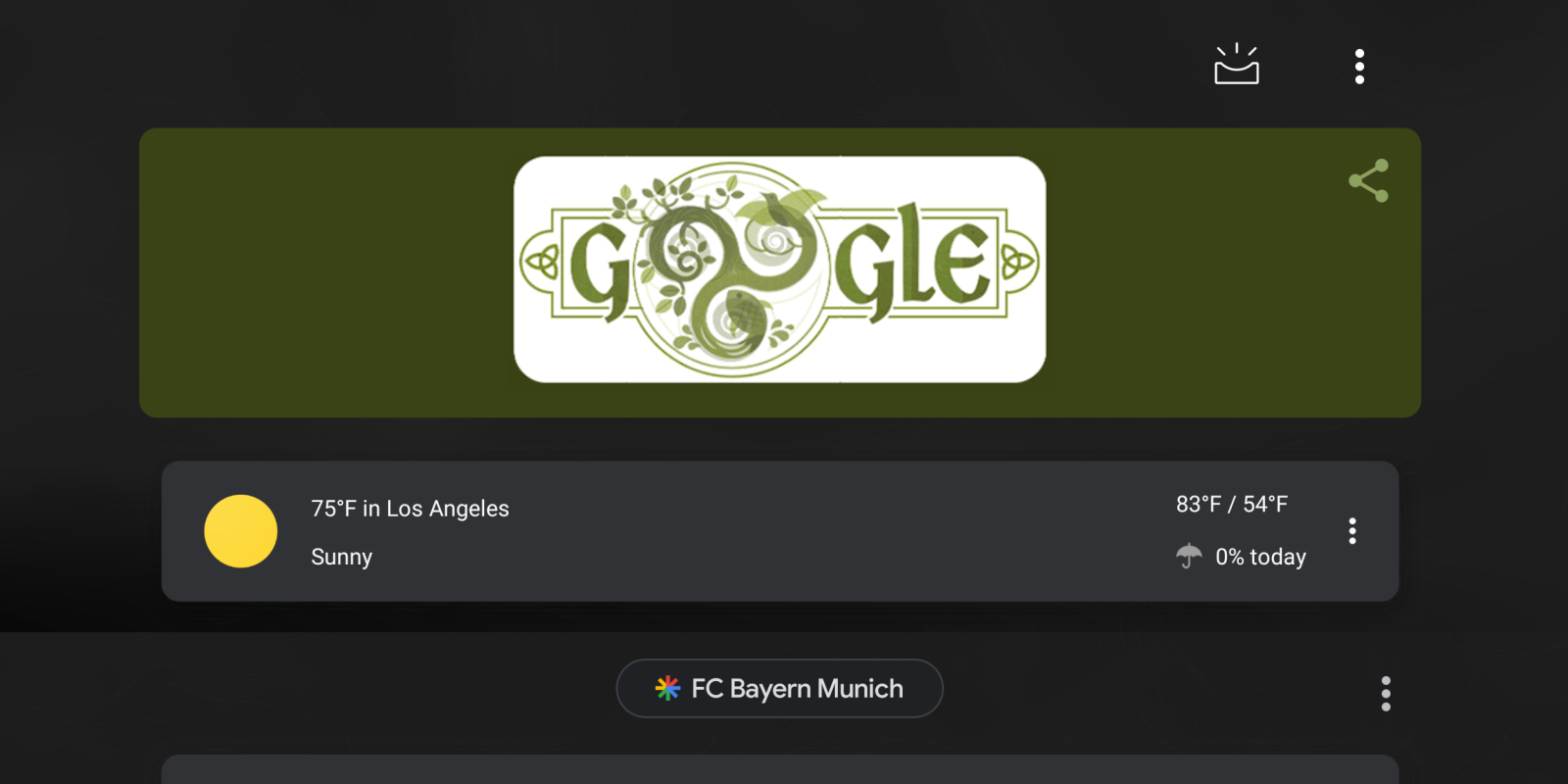 Google Doodles appear in a number of prominent places from Google.com to Chrome’s New Tab page. On Android, it appears in the Google app, and now in the Google Discover feed available to the left of the Pixel Launcher.

When Google Now was a right swipe from the first homescreen, Google Doodles and other fantastic city-specific covers that adapted to the time of day appeared at the top of the feed.

The Google Feed equivalent had several design iterations, including one that included a carousel of Search shortcuts. Over time, that element was removed; leaving just a “G” logo, search bar, “Upcoming,” and overflow menu. Eventually, the ability to perform a search was also removed, and a full “Google” logo was displayed up top.

The problem with this iteration is the lack of Google Doodles. A recent update (at least 9.27 and above) to the Google app appears to have changed that. On the Pixel Launcher, the standard Google logo disappears up top, with the Doodle below it.

Meanwhile, on other devices, the Doodle is displayed as the first item, with the search bar, Updates, and settings just under it. We first noticed this change on today’s St. Patrick’s Day Doodle — which features some animation. This was not the case with the 30th anniversary of the World Wide Web edition on Tuesday, though that more heavily featured motion.