‘Google’s Top Searches’ was a category on ‘Jeopardy!’ this evening 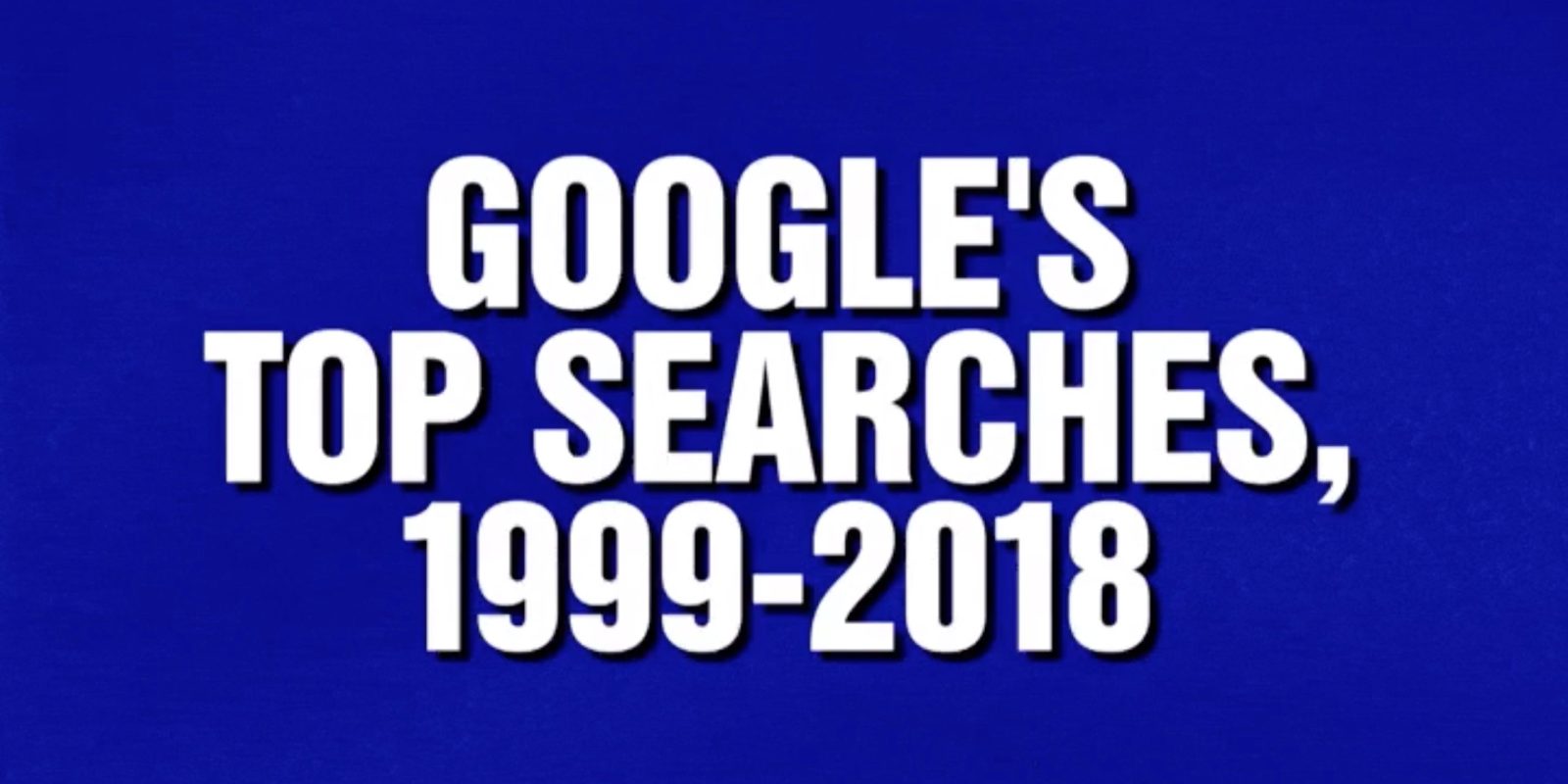 Google searches taken in aggregate often reveal interesting insights about what’s currently trending around the globe. It also makes for fun trivia, with this evening’s episode of Jeopardy! featuring a whole category about “Google’s Top Searches, 1999-2018.”

The first round of the long-running game show included a category called “Google’s Top Searches, 1999-2018.” One of the easier clues was “Every year, this best pal has been the most search-for type of animal.”

“What is a dog?” was the obvious $200 answer, with Google highlighting the category (and host Alex Trebek) after the fact on Twitter. Contestants on the April 12th episode selected all the clues in this category.

Jeopardy! likely didn’t have to work with Google as the search engine publicly publishes this data on Google Trends. The site was last updated in May with a refreshed design, infographics, and focus on curated stories. It is a fun browse and powerful historical tool for research, with the homepage heavy on country maps, charts, and recently trending — Star Wars: Episode 9 today, obviously.

The general knowledge game show has covered Google and its products in the past. One funny example was in 2016 when contestants mistakenly believed that Marshmallow was a version of iOS.