‘Google’s Top Searches’ was a category on ‘Jeopardy!’ this evening

Google searches taken in aggregate often reveal interesting insights about what’s currently trending around the globe. It also makes for fun trivia, with this evening’s episode of Jeopardy! featuring a whole category about “Google’s Top Searches, 1999-2018.” 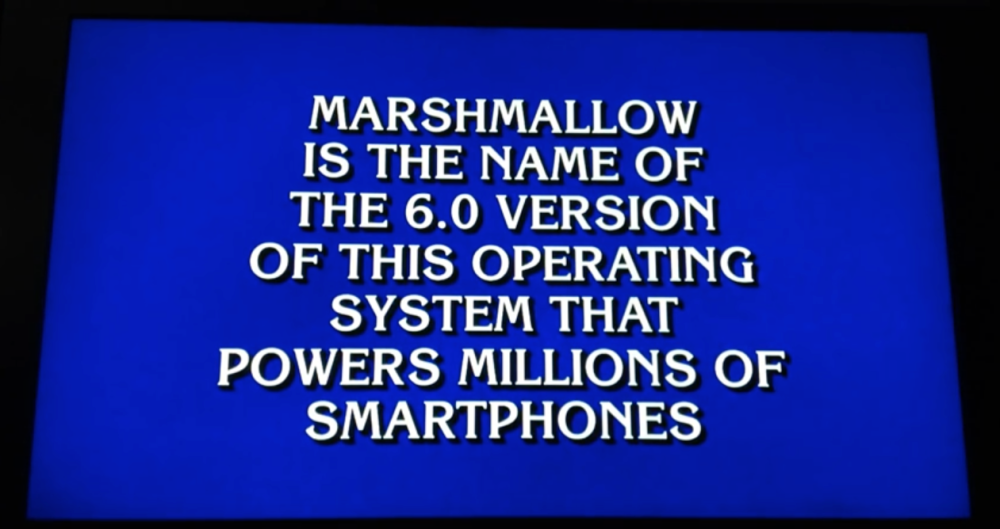 We know that Android has an updates problem. In the most recent Android distribution report yesterday, we learned that Android Marshmallow has just barely edged past 10% adoption 8 months after it first started rolling out to devices.

But apparently, despite all the people-friendly marketing that Google does with its mobile OS software updates (and more recently, the Nexus phones), there’s this persistent complete ignorance about Android in general. How can Google motivate people to update to Android Marshmallow — much less care about what it offers — if they don’t even know what the OS is called?

Of course they could (or not) go the Apple route and create a situation with complete control over the entire ecosystem, but Google’s tactic of trying to make OS updates familiar and friendly is about as much as it can do for now. Apparently it’s not working, and this is perfectly illustrated in a recent round of Jeopardy! where two contestants both thought that Marshmallow is the name of iOS 6.0…