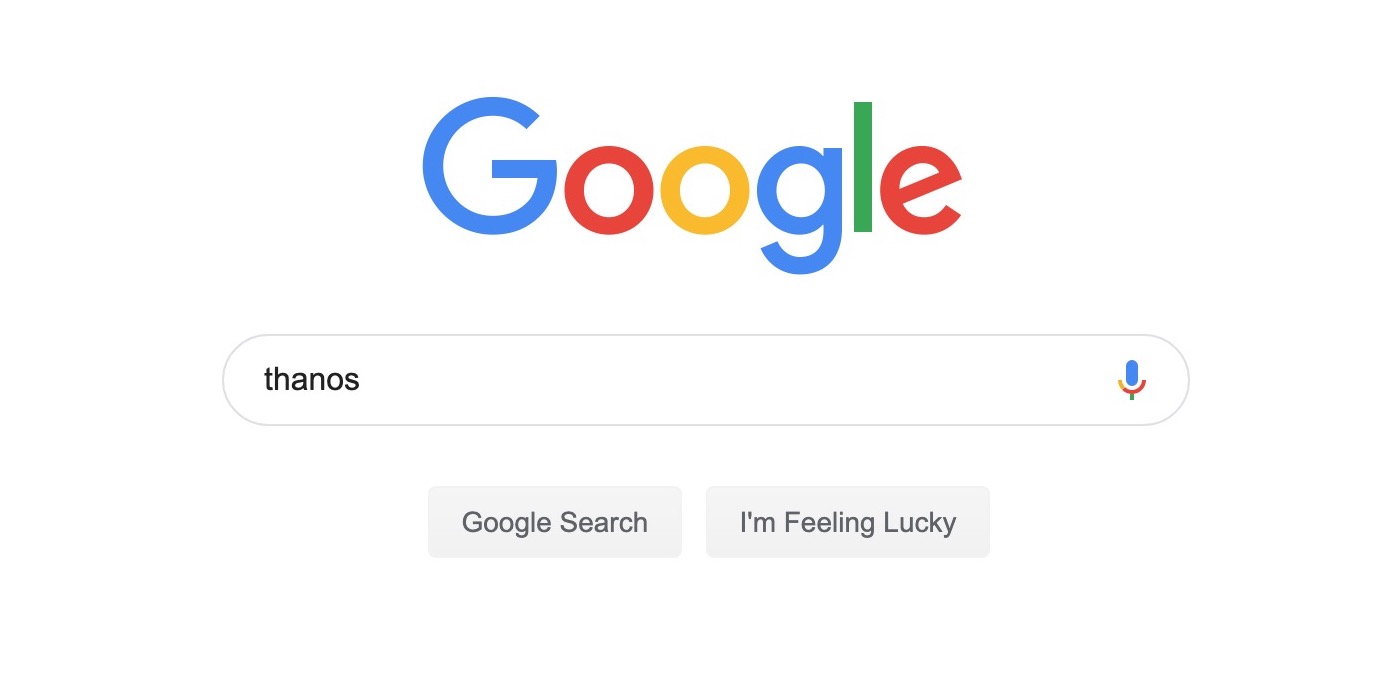 As evidenced by April Fools’ Day, Google is fond of inserting Easter Eggs into products. Google Search is home to “do a barrel roll” and “the answer to life the universe and everything.” Ahead of Avengers: Endgame, entering “Thanos” in Google Search will let you replicate the “Snap” at the end of Infinity War.

Officially referred to as “The Decimation” in the Marvel Cinematic Universe, Google on Wednesday began rolling out a rather involved Easter Egg. Searching for “Thanos” reveals the Infinity Gauntlet in place of a Share icon on the supervillian’s Knowledge Graph card.

Clicking it will animate the five Infinity Stones into action. On Google, the Decimation sees search results you scroll to disappear in a slow, dust-like fashion identical to the movie. This includes the 10 blue links and any article carousels. Another great detail sees the number of available results drop by half.

To return to the full Search results page, users can click the Gauntlet again. This is a very fun and in-depth Easter Egg, though it’s not yet widely rolled out. There are several reports online of users encountering the Thanos Google Easter Egg, and it should be widely rolled out alongside the film’s release. It works on desktop and mobile web, as well as the Google app on Android.

Do a google search for Thanos

Google also released a video of the Pixel 3 being used by regular people living in the MCU, and is also tying it to the launch of the rumored Pixel 3a and Pixel 3a XL. In fact, the upcoming “purple” color could be a direct nod to Thanos.