Pixel 3a and 3a XL: Everything we know about Google’s mid-range smartphone [Video] 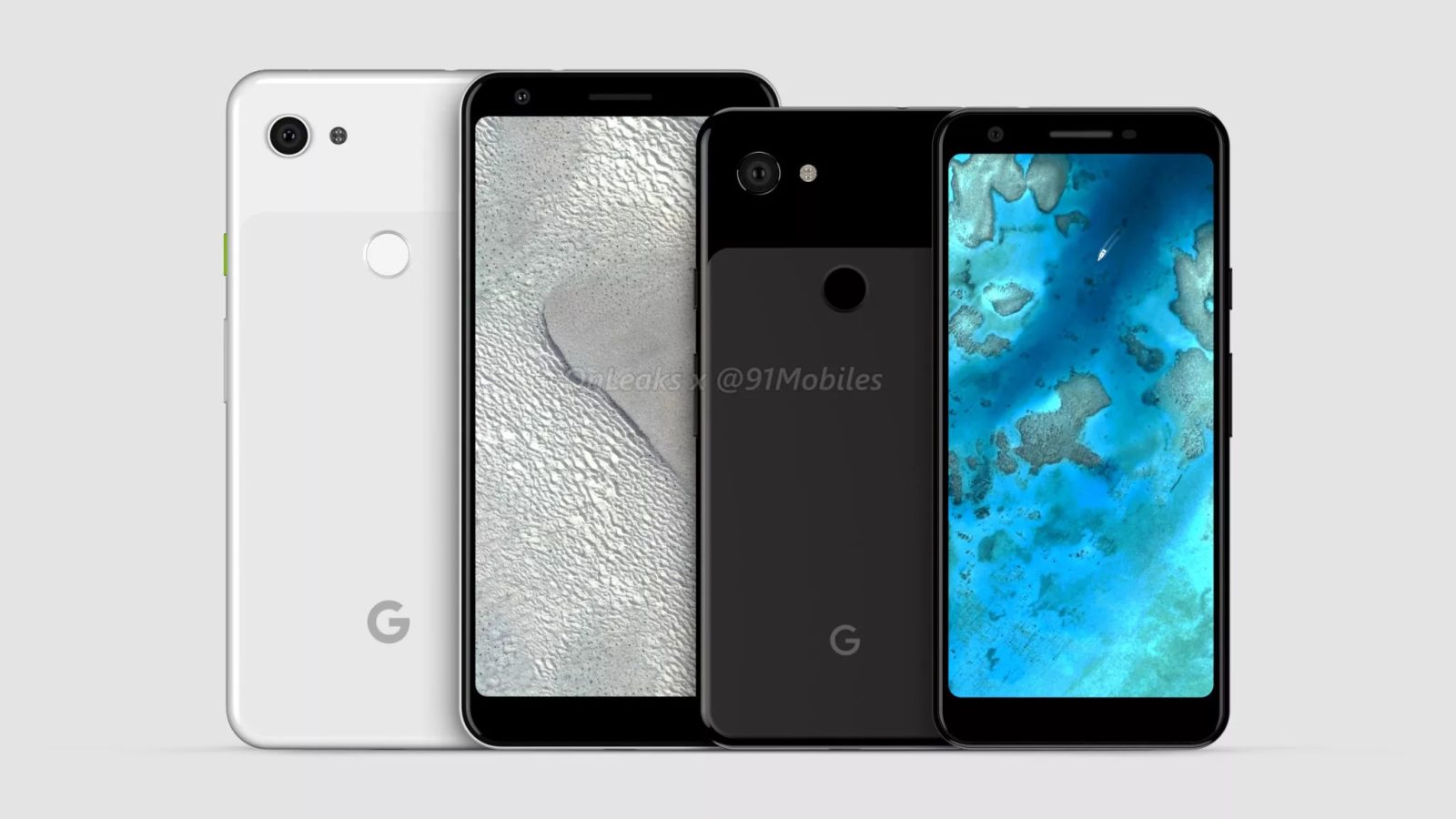 With the Pixel 3a and 3a XL rumors now whipping us up into a frenzy, the upcoming mid-range device is set to offer much of the same experience as the excellent Pixel 3 and 3 XL, but without the associated price-tag.

The Google Pixel line is a number of things, powerful, uncluttered, and arguably one of the best Android phones on the market. And while they are by no means the most expensive handsets on the market, they are most definitely not the cheapest. That said, they offer an experience that is not quite available elsewhere.

Affordability is clearly what Google has in store for its upcoming Pixel 3a and 3a XL handsets. This may Google’s move to tackle the iPhone XR and Samsung Galaxy S10e handsets, which have been immensely popular thanks to a lower entry cost, but with very much the same experience as on the more expensive flagship models.

With the right pricing, the Pixel 3a and Pixel 3a XL could quite easily become some of the most popular handsets in the Pixel line to date. Let’s break down the Pixel 3a rumors and speculation to give you a clearer picture of what to expect.

Recent snippets and teasers from Google indicate that we’ll see the Pixel 3a and Pixel 3a XL for the first time officially at I/O 2019. The exact date given by Google is May 7th.

Using asset file names, we've essentially confirmed that the new May 7th teaser page on the Google Store is for the Pixel 3a and Pixel 3a XL launch. Spotted by @SkylledDev. pic.twitter.com/I2i4jCPnH8

We’ll likely see the handsets on stage at an official presentation, but it’s not immediately clear as to how this launch will take place.

As for availability, both devices will be launching via T-Mobile alongside the Pixel 3 and 3 XL for the first time in the United States. There were rumors that these new devices would be exclusive to Verizon, but that appears to be false — although they almost certainly will be on Verizon, too.

As modest handsets, the Pixel 3a and 3a XL will come with mid-range hardware. That means that the internals are slightly less robust than what’s found on the high-end Pixel devices released last year. So internally we are expecting a Snapdragon 670 chipset, 4GB of RAM, 64GB of internal storage and a 3,000mAh battery on the 3a model.

Charging will be via USB- C, but it is unclear if wireless fast charging will be supported. However, 18W fast charging via USB-C is included. If the device comes with the expected FHD+ display, it should help enhance the overall battery life considering the size is relatively small for a 2019 handset.

Luckily, the camera module, sensor and accompanying software will all match that of the Pixel 3. Expect all the familiar controls, and functions. That means, Night Sight, Top Shot, and therefore camera performance that will simply not be topped at the price-point that Google will set the Pixel 3a and 3a XL at.

That means a solitary 12-megapixel sensor with 1.4-micron pixels and an f/1.8 aperture. This is often one area where brands seek to cut costs. On paper at least, this is a flagship level camera but in an affordable shell. Our own source even says that the camera outputs identical image quality to the Pixel 3, but the camera app has marginally poorer performance all things considered. 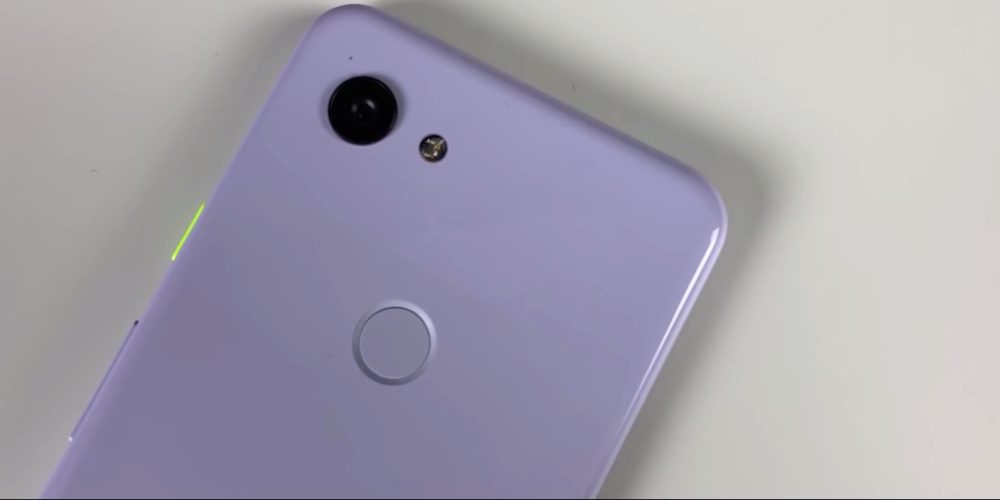 You can see a streamlined camera experience on the Galaxy S10e and iPhone XR (although the XR has an arguably better camera than the XS and XS Max). By putting in the full-fat Google camera into the cheaper handset, it is a solid move to grab a greater market share.

If you were wondering about the selfie camera, that will come in an 8-megapixel flavor. That selfie camera will also come with a wide-angle lens for that extra field of view. It’s unclear if it will get quite as wide as the standard Pixel 3. 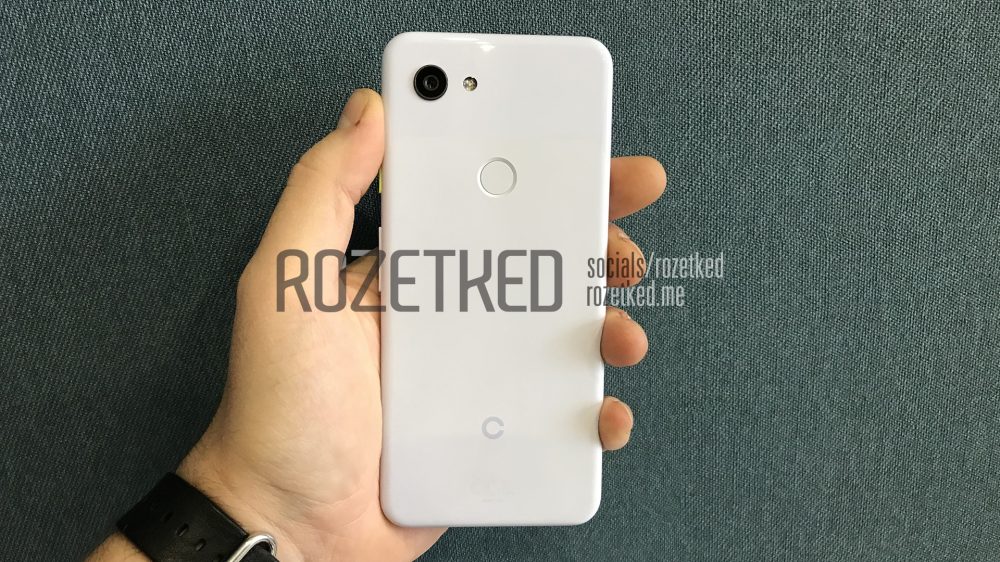 While the design isn’t exactly all that inspired, it still stands out among a crowded space of unibody designs thanks to that two-tone rear. I’m intrigued to see how the device feels in the hand, as I mentioned in my Pixel 3 re-review, it is the most comfortable handset on the market, no question.

There is no doubt that the plastic body will help improve overall durability. Plastic could have also allowed for Qi wireless charging to be included in both models — but we have been informed that there will be no wireless charging on either model. That is a real shame as compatibility with the Pixel Stand would be nice, although it is looking like we most definitely won’t see this.

On the rear, you’ll also notice a physical fingerprint reader. While the lure of an in-display reader is one that many other OEMs are unable to resist, Google sticking with a physical option is more than welcome. For starters, they are faster and simply easier to use. My personal experiences with in-display readers has been pretty mixed, to say the least. 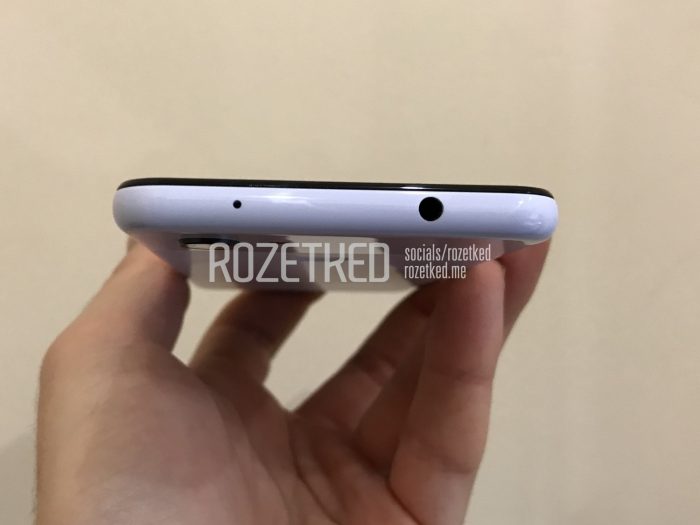 The 3a and 3a XL will include one feature that you won’t find on the more expensive siblings though. Both devices will include the headphone port as standard. That means wired audio via the headphone jack is back on the menu for those not willing to be invested in Bluetooth or dongle-life.

As for colors, the Pixel 3a and 3a XL will come in three distinct options. A white, black, and a sort of purple color that likely acts as a stand-in for the ‘Not Pink’ model we saw on the Pixel 3 and 3 XL.

Active Edge returns for the cheaper devices, which means you’ll be able to squeeze the sides of the Pixel 3 and 3a XL to activate the Google Assistant. This inclusion will mean all of the extra accessibility features like the ability to dismiss calls simply by squeezing the sides of your device.

There’s also the Titan M security chip packed inside, alongside eSIM support that should come along with Android Q, depending on when the device actually ships. It’s worth noting that the physical SIM tray is side-mounted rather than at the base as found on the Pixel 3.

The 3a is also likely to come with Android 9 Pie rather than Android Q. As these handsets are both Pixel devices, you’ll get full OS updates for at least two years after purchase alongside monthly security patches. 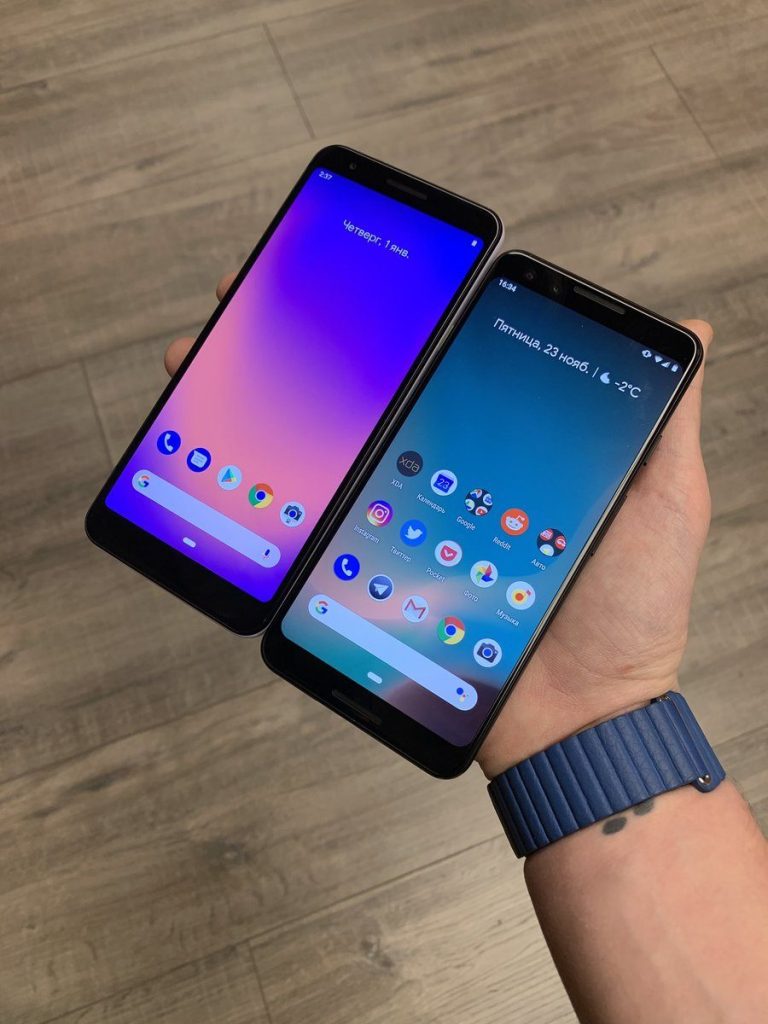 As we have already mentioned, the display for the smaller Pixel 3a is expected to measure in at 5.6-inches. The Pixel 3a XL is expected to have a slightly larger 6-inch display.

It’s come to light recently that the display is unlikely to have a QHD+ resolution. Google set to instead opt for a slightly lower resolution FHD+ option. Naturally, FHD+ would make more sense on an affordable device, but the Pixel 3a and 3a XL will come with AMOLED panels rather than the cheaper LCD.

The display should be nice and crisp at 440ppi, although that doesn’t quite compete with the 523ppi display on the Pixel 3 XL, but it isn’t shabby by any stretch. It’s also worth noting that the display will come with no notch — rejoice!

Pixel 3a and 3a XL pricing

We have few rumors to go on regarding Pixel 3a pricing. A few snippets of supposed Canadian teleco price lists have the Pixel 3a touted for CAD$650 and CAD$800 for the Pixel 3a XL.

How that translates to US and European pricing will be one of the biggest factors in how well the devices are received at launch by the general public. Given the current exchange rate, we’d make a solid guess of around $450 to $500 for the smaller 3a and $550 to $600 for the larger 3a XL.

What the Pixel 3a and Pixel 3a XL won’t include

Due to the pricing strategy and specifications, there will be quite a few things these two new Pixel devices simply won’t include. We’ve talked quite extensively as to what you can expect to be included. Here are a few of the core omissions:

Sorry, no SD card support much like on previous Pixels. That unlimited Google Photos storage will come in handy.

Quite a simple one really, there will be no 5G Pixel at least until the Pixel 4. The Pixel 3a and 3a XL will simply come with 4G LTE connectivity out of the box.

Neither handset will ship with Android Q. Instead, we will see the full stable Android Pie from the get-go. The Q update will be available at the exact same time as the Pixel 3 and 3 XL for these cheaper devices.

What are you hoping to see on the Pixel 3a and Pixel 3a XL?

We want to open up the floor to you guys, what beyond the leaks and even including the leaks would you like to see come launch day? We are now on a countdown to May 7th, where we’ll finally get to see the Pixel 3a and 3a XL in the flesh for the first time at I/O 2019.

Let us know in the comments section what you are hoping to see at I/O 2019, or what you don’t want to see. Remember to keep it civil.