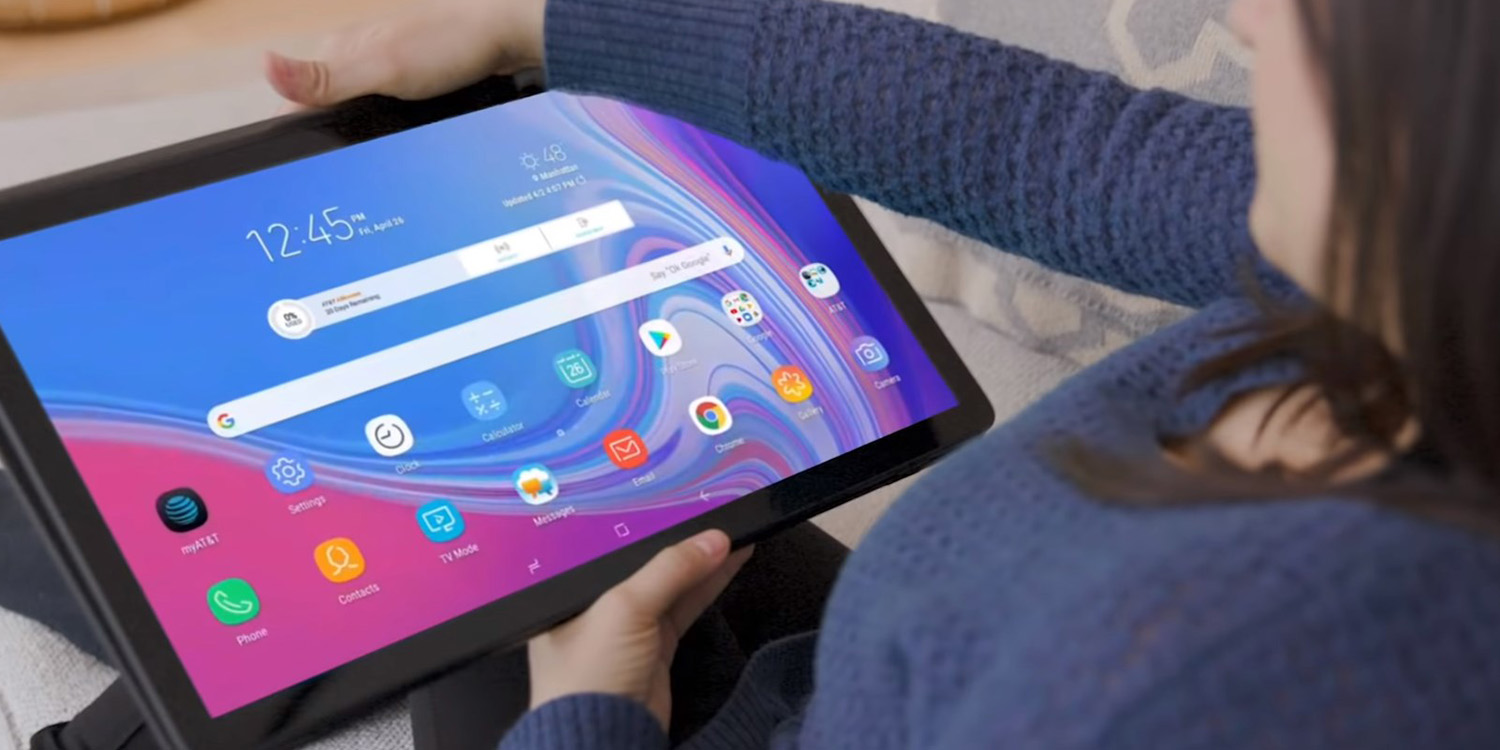 Remember that huge Android tablet Samsung and AT&T put out a few years ago? Now, it’s being refreshed. After a leak earlier this week, the Samsung Galaxy View2 has been officially confirmed, and it’s arriving tomorrow.

Confirmed to Engadget, the Samsung Galaxy View2 is the latest gigantic Android tablet built in collaboration with AT&T. The View2 is less of a tablet, and more of a portable TV for the modern era. The 17.3-inch display comes in at 1080p and with full Android support, you can watch any of your favorite streaming services even over an LTE connection.

AT&T, though, unsurprisingly uses this tablet as a way to show off DirecTV Now.

Under the hood, the Samsung Galaxy View2 uses a 1.6GHz Exynos 7884 octa-core chip and 3GB of RAM alongside 64GB of storage. There’s also a 5MP camera on the front for video calls, a 12,000 mAh battery, and Dolby Atmos audio. As mentioned, there’s also built-in LTE for AT&T’s network.

The Samsung Galaxy View2 has a much-improved design over the quirky original, this time with a folding hinge that lays flatter when not standing upright. The new tablet does cost considerably more too. AT&T will charge $740 for the tablet, a hefty increase over the previous $600. Still, monthly payments are available for $37/month.

AT&T will open orders of the Galaxy View2 on April 26th.